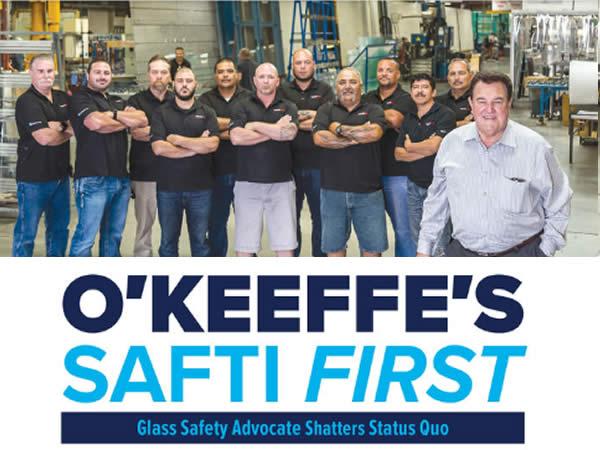 When asked about his contribution to glass advancements, O’keeffe quickly points to the greater reliance on science that is inherent in the industry today.

Bill O’keeffe, President and CEO of O’keeffe’s / SAFTI FIRST, a leading U.S manufacturer of advanced fire rated-glass and framing systems, might not be a household name-but his influence is likely embedded in numerous glass and framing installations in commercial buildings across the country, and even outside the U.S. 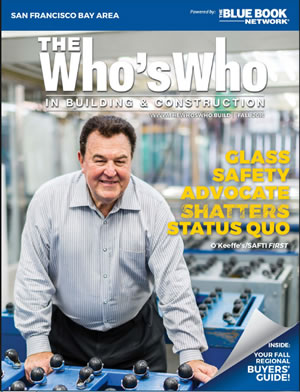 His 45+ year commitment to safety has changed the way manufacturers, building code officials, architects, engineers, specifiers and owner evaluate glass and glazing products in the industry.

When asked about his contribution to glass advancements, O’keeffe quickly points to the greater reliance on science that is inherent in the industry today.

He adds, “When I started in the industry, no one was talking about U-values, shading coefficients, glass sputtering, edge deleting, iron sulfide crystal inclusion, chemical strengthening, electro-chromic shading, solar energy panels , glass printing, fire-rated glass, and the myriad of new innovations that have come about in our industry.”

This was the industry that he stepped into in the 1970’s.

O’keeffes Inc., started by William O’keeffe Sr. in 1935 as a fan and refrigeration business, became a well-known U.S. manufacturer of architectural glass and metal products for 65 years.

Throughout his teenage years, Bill O’keeffe, William’s son, worked for the company as an installer. In 1960, O’keeffe started his own mechanical contracting business.

In 1970, he returned to O’keeffe’s Inc. to help his father manage the business, eventually taking over in 1978. Tapping his innovative spirit, O’keeffe developed the idea for aluminum ladders with square rungs – catapulting the O’keeffe brand to become the most specified aluminum ladder today. 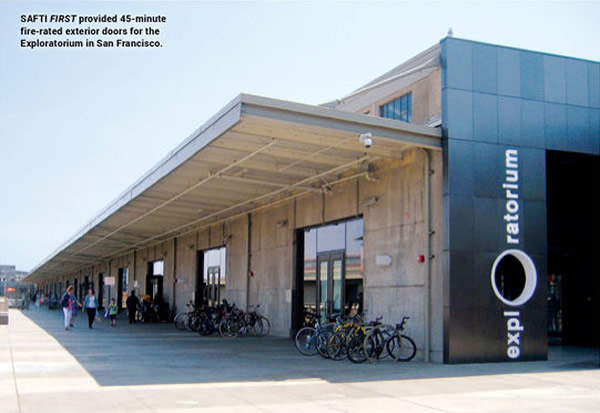 While attending a trade show in European in 1978, O’keeffe noted that manufacturers demonstrated fire-rated glass systems and other glass innovations that not only outperformed wire glass, but were more aesthetically pleasing (no wires or tints) to many designers. 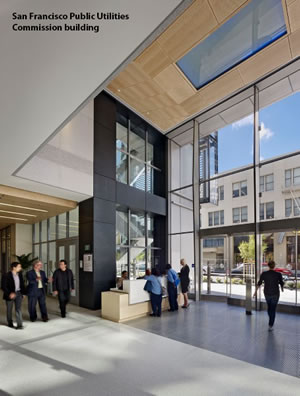 Seeing the potential for this new, fire-rated glass product, he started a new division called Safety and Fire Technology International (SAFTI), which specialized in the testing and manufacturing of advanced fire-rated glazing and framing systems (SAFTI would later be known as SAFTI FIRST) and hired people with exceptional and similar commitment.

Soon after, SAFTI began manufacturing clear, advanced fire-resistive glass and framing systems in the U.S. Today, The company produces and sells a wide range of U.S.-made fire glazing and framing products, which can be further customized to also protect against bullets, blast, attack, hurricane, ultraviolet rays and noise.

Among its recent innovative breakthroughs are the GPX FireFloor system; GPX Blast, the first fire-resistive and blast-rated transparent wall; and SuperLite ll-XLB, the largest tested and listed fire-resistive glazing product with ratings of up to two hours.

To date, the company has completed the numerous projects, including high-profile jobs that range from the San Francisco Public Utilities Commission building in San Francisco to the Porsche Design Tower in Miami, Florida, to the U.S Central Command headquarters at MacDill Air Force Base in Florida.

To facilitate its continued growth, company completed a $6 million expansion of its manufacturing facility and added a second 100,000-square-foor plant in Merced, California, bringing its total manufacturing and research and development space to 300,000 square feet. 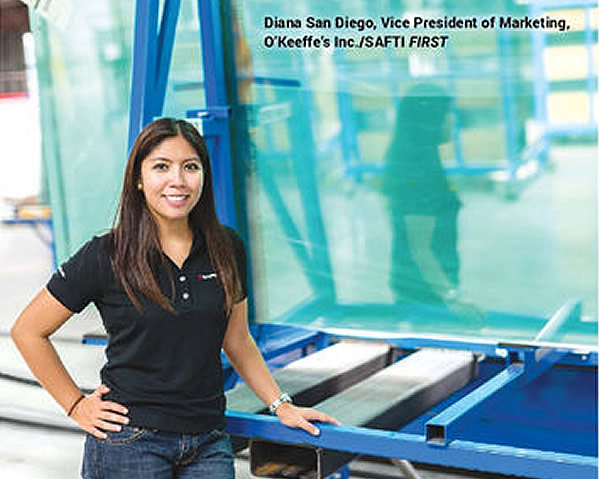 While gaining industry recognition and increasing revenue, O’keeffe’s/SAFTI FIRST is still relatively small compared to foreign-based multi-billion-dollar glass conglomerates – it only has about 160 employees.

Yet, SAFTI FIRST is still considered an industry leader when it comes to fire-rated glazing systems. The company’s inner dynamics has a family-like feel that is largely attributed to its owner, who fosters creative thinking and loyalty through his work-place principles. The average employee has between 10 to 20 years with the company.

“I can say that a lot of us have grown up with Bill O’keeffe, and to some degree, consider each other as family,” says Diana San Diego, Vice President of Marketing at security O’Keeffe’s/SAFTI FIRST, who has been with the company for a decade.

“He empowers his employee to take on challenges and to grow in their careers. No matter what project I took on, I always felt supported by him. We’ve collaborated on many endeavors , and I am lucky to call him my mentor.”

Peter Cheung, who is O’keeffe’s/SAFTI FIRST’s Director of Finance and, at 30+ years and counting, one of the company’s longest-tenured employees, described O’keeffe as a “visionary who think outside the box, and someone who is not afraid to take risks.”

He adds, “Bill has created a positive work environment where everyone feels that they are appreciated for their hard work, and that makes people stay.’It also helps that the company continues to innovate and inspire.

So, he spent a considerable amount of time educating architects, building officials and the general public about the benefits of the new fire-rated gazing product over wire glass, which was the only fire-rated glass option used for many years.

In 2003, the International Code Committee, publishers of the International Building Code (IBC), removed the wire glass exemption and required that all glazing meet with Consumer Product Safety Commission (CPSC) safety standards when used in educational and athletic facilities.

In the 2004 supplement and the 2006 IBC, the requirement to meet CPSC safety standards expanded to all occupancies.

Looking ahead, O’keeffe believe that there will be continued advancements in both energy savings and glass applications as glazing systems and curtain walls continue to evolve to meet the demands for energy efficiency and/or additional safety and security.

He says, “I believe the challenges 10 years from now will be similar to the ones we faced 10 years ago – and that’s finding and keeping quality people, maintaining high-quality products, and staying abreast of fast-moving innovation and product development.”

O’keeffe’s/SAFTI FIRST under the guidance of O’keeffe and his talented team should have a clear window to future opportunities.