Electrochromic “Smart Windows” Could One Day Become the Norm 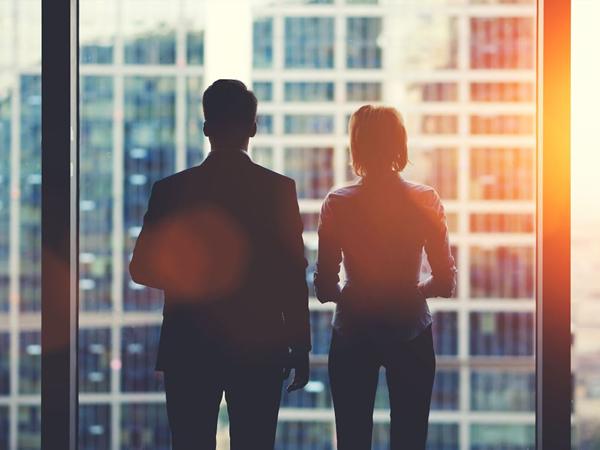 Photo source
www.bentglassdesign.com
At the simple push of a button, this glass can fade from light to dark - or clear to opaque - and back again.

By nearly every measure, we are living in the midst of an increasingly “smart” world. We have smart cars, smart TVs, smart homes, and smart cities. As for the latest development in smart technology? That would be windows, folks.

Most people already understand the concept of “smart” devices. They track the ideal temperature in your home. They collect data on your favorite Netflix shows.

Some are voice-activated, while others turn on at the detection of your fingerprint. And when it comes to smart windows, there are a host of innovations in the works.

For starters, you’ll want to look to the arrival of electrochromic glass.

At the simple push of a button, this glass can fade from light to dark—or clear to opaque—and back again. In other words, you can forget wrestling with annoying blinds.

Electrochromic glass or “smart” glass has been designed according to high-quality metal-oxide coatings, which are deposited by similar processes to silicon computer chips.

Ordinary windows, on the other hand, are born out of a single vertical pane of glass, while more sophisticated windows are only glazed with metallic chemicals.

But while you might think of electrochromic glass as exclusively glass, the window technology can actually be applied to be plastic as well.

In a complex process known as “sputtering,” thin films of material are added on top of one another, and those materials are then set to coat the window of choice.

In terms of nuts and bolts, smart windows have been proven to boast a huge environmental benefit. When dark, they reflect nearly 98 percent of the light shining on them, which can not only reduce the need for air conditioning, but it can lower the day-to-day costs of installing and running an HVAC system as well.

Additionally, because the windows are electrically operated, you can control the amount of light according to a smart home system or sunlight sensor, and can therefore choose to use the technology based on whether or not people are inside of a room.

That said, smart windows could feasibly save up to 8 percent of a building’s total energy consumption, according to the US Department of Energy’s National Renewable Energy Laboratory. Other benefits include added privacy, convenience, and security, given smart windows have a higher reliability than clumsy curtains or blinds.

Yet downsides are a reality, too. Given electrochromic glass is printed with electrodes and metal coatings, it’s significantly more expensive than ordinary glass.

Questions have also been raised about the longevity of the materials. Conventional vinyl windows typically degrade after about 20 to 30 years, and it remains to be seen how long smart windows will be able to outlast their counterparts.

Then again, smart windows are still in their early days of testing. In the meantime, we’re eager to see how new window designs might become the standard of the future, and we’ll certainly be watching as those developments unfold.

Glass Coatings Useful for the Prevention of Bird Collisions
It is estimated that 100 million to 1 billion birds a year perish due to collisions with glass.(1-2) In North America, some communities have enacted legislation aimed at protecting birds by calling for the design and installation of birdsafe glazing.
A Window for Today
Windows have always been at the intersection of various technologies and architectural processes that evolved in parallel and often intertwined.
Errors because workers don't "get the picture?" Let's fix this.
Does it feel like your workers just don’t get it? That no matter what you say or do, the mistakes and remakes just keep happening—or get worse?
The Benefits of Designing with Reflective Glass | Vitro Architectural Glass
When designing with glass, there are a wide range of options to choose from to create a truly unique project.
Devil's Detail: Interior Glass & Depreciation
As companies strive to make their workplaces more flexible, interior glass has become a popular choice. Demountable interior glass also offers tax advantages.
Comparison on Drill & Mill- Horizontal vs. Vertical
Productivity within the fabrication plant can be affected by the choice of drilling and milling machinery- what is the option- Horizontal or Vertical?

Doors and windows are the special attraction of our home. It improves the interior and exterior look, so we choose good quality doors and windows for our home and it has different features and specification. Nowadays different types of windows are available in the market which improves our interior look, due to its advanced and modern features it gains popularity day by day. Here also we can get some essential features of smart windows which consist of some smart quality of protecting from light.