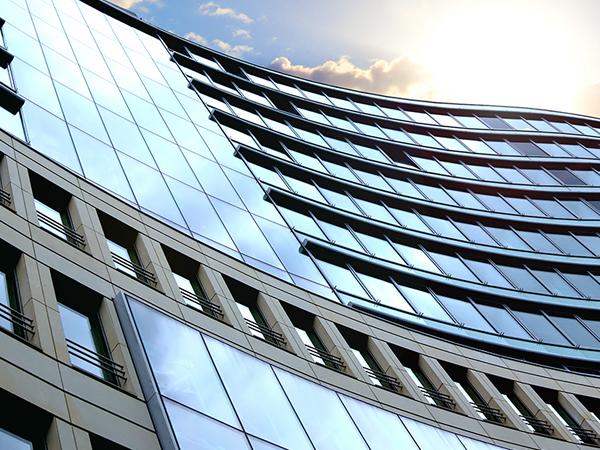 In 2005, two of the world’s biggest sealant manufacturers joined forces. The result was tremco-illbruck, now the unchallenged leader in the field.

Product Manager David Naylor charts the company’s rise – and lays out its mission to make British buildings some of the warmest, quietest and most thermally efficient in the world.

1928. 1952. 2005. Three years, in three totally different eras, that, for most people, have absolutely nothing in common. But for tremco-illbruck, they were major milestones in our history.

Treuhaft specialised in making sealants, protective coatings and weatherproofing products, and his business grew quickly. By the ‘50s, it was America’s biggest manufacturer of industrial maintenance solutions, with 250 in its range.

Something else had changed, too. Treuhaft Manufacturing Company had been abbreviated to Tremco.

But at around the same time, across the Atlantic another business was coming to life.

But as time went on, it gradually diversified into other areas, including the one that would eventually make its name – sealants.

And in 2005, the year of Live 8 and the birth of YouTube, the Tremco and Illbruck were brought together by RPM International, a construction materials specialist with 14,500 employees in 26 countries, to create tremco-illbruck.

In the years since, armed with the combined expertise of both businesses, and backed by the huge resources of RPM, we’ve made massive strides in helping modernise construction.

And one of the areas we’ve had the most impact is window installation. For decades, most of the UK’s windows have been fitted with silicone. It’s two biggest selling points are that it’s inexpensive, and it’s easy to use – you point the gun, and pull the trigger.

But it also comes with a whole host of drawbacks. It’s a poor insulator, for one thing – typically offering U-Values of 2.6 or worse (Passivhaus is 0.7). And over time, silicone goes hard.

Any movement between the window and the frame can cause tiny micro-cracks in the silicone, resulting in the sort of air and water leakage which seriously compromises the unit’s thermal efficiency, and, eventually, leads to more serious complications.

In recent years, tremco-illbruck has been at the forefront of attempts to encourage installers to adopt an alternative - impregnated tape.

In essence, it’s a compressed foam insulating seal. Once you remove the backing paper, the tape steadily expands to effectively seal all gaps and spaces between the frame and wall.

And we’ve developed impregnated tape products for virtually any application. TP600 Compriband was arguably the original article – one of the very first impregnated joint-sealing installation tapes to deliver twenty-first century performance. It was an outstanding product then, and it still is today.

If you need flawless airtightness, there’s TP653 (to be launched at FIT Show 2019), capable of helping a building achieve Passivhaus standard.

And if you need a product that excels across the board, there’s TP652 Trio Plus, which delivers industry-leading weather-tightness, air-tightness and thermal and acoustic insulation.

That’s down to its patented Step technology – an extra grey layer that delivers more foam on the inside of the joint, equalling higher compression and superb all-round performance.

In TP652 LL, there’s even a version that’s quicker and easier to apply, thanks to a liner-less self-adhesive.

At tremco-illbruck, our mission is to help window installers offer their customers the very best thermal and acoustic performance, and help British buildings become warmer and quieter than ever before.

Global science leader joins Glazing Summit
UL, a global safety science leader, is the latest company to come on board for this year’s Glazing Summit, which takes place on Tuesday, October 18 at Edgbaston Stadium, Birmingham.
Hegla TaiFin: Batch optimisation together with Hegla Hanic
To optimally leverage the production resources of a tempering furnace, the bedload must strictly comply with production and quality requirements.
FGIA Updates PVC Fenestration Standard
The Fenestration and Glazing Industry Alliance (FGIA) has released an updated specification for producing quality PVC fenestration products.
Wiegand-Glas in Schleusingen puts furnace 2 into operation
The new end fired furnace, which produces container glass in the colours amber and green, was finally successfully commissioned at the end of the first quarter of 2022.
Okalux: Façade mix on campus
Part of the concept is the Abercrombie Building with its dynamic façade of concrete panels and glass, partly complemented by OKAWOOD insulating glass with Functional Timber Grid.
Fensterbau Frontale & Holz-Handwerk 2022 as „Summer Edition“
FENSTERBAU FRONTALE and HOLZ-HANDWERK exhibition is back at Exhibition Centre Nuremberg as a one-off “summer edition” from 12-15 July 2022.