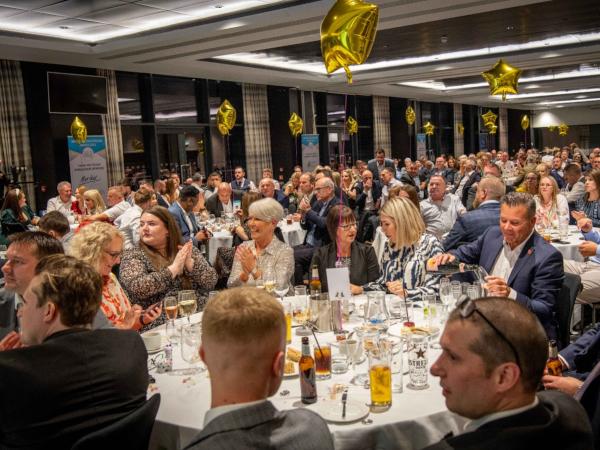 The National Fenestration Awards winners event was held on Saturday 5th November, and yes, it went off with a bang!

Guests were welcomed into the Hilton Garden Suite at Doncaster Racecourse. The day boasted a full race card, the racing was particularly exciting because of the heavy ground on the day producing some unexpected winners. The food presented included ham hock, lamb rump and warm spiced yorkshire parkin. That wasn’t the most exciting thing about lunch though, to their guests’ surprise, singing waiters from Surprise Shows had a little something up their sleeve! 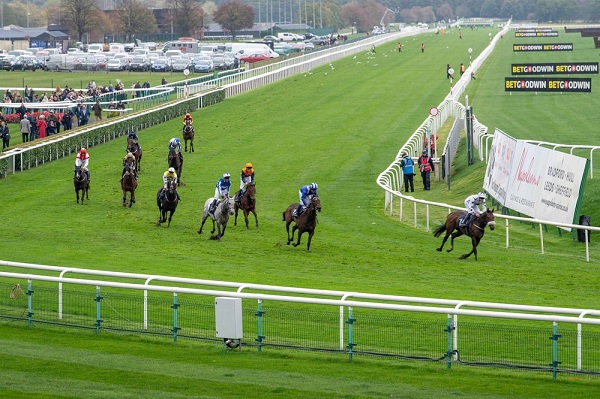 When Jason the “waiter” explained that a member of the wait staff was leaving that day, he wanted him to do a speech. Carl nervously took to the mic and struggled with the PA system providing some ear-piercing screeches on the speakers. The guests were a little curious and felt sorry for Carl but what they didn’t know was what was about to happen…

Carl and Jason burst into song with a number called “The Greatest Show” from the feature film, and immediately guests were both shocked and thrilled. What followed was a show stopping performance with lots of audience participation, songs including Sweet Caroline and Daydream Believer. A never-ending conga was also parading around the room and the waiters also picked out a boyband tribute act from members of our excited audience.

This certainly was dinner and a show!

As racing ended a delicious selection of sandwiches and cakes were served at afternoon tea as attendees awaited the awards presentation to begin.

Presenter Lee Phelps, experienced sports editor, radio presenter and producer then arrived to announce our winners, the atmosphere was electric as guests waited to see if they had been crowned 2022 champions.

Winners made their way to the stage area gathering great applause from the 300 strong crowd. They were then congratulated by Lee and Sarah, from FENEX, collected their fully engraved glass trophy and certificate and had a celebratory photo taken on stage. They then walked to the ‘NFA winners enclosure’ for another great photo opportunity! 2022 NFA winners badges, available for the whole team, were also collected throughout the night. 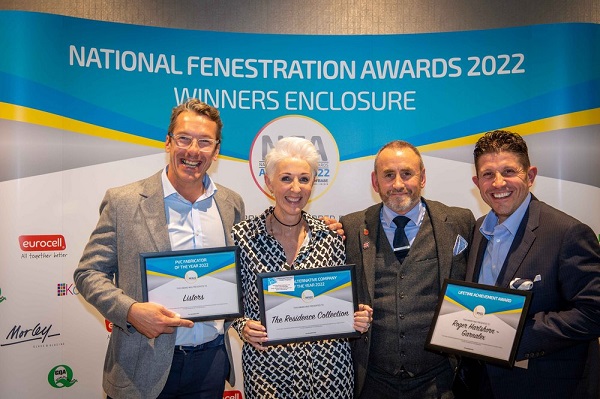 33 trophies were then given out along with two extra surprise awards recognising multiple award wins and a lifetime in fenestration.

This year new categories were added to the campaign including Window Component, Director of the year and Conservatory Product. Winners included Morley Glass and Glazing, Stuga Machinery and the Endurance Avantal door. A full list of winners, photographs and a video, can be found on the 2022 winners page.

In the closest category – Young Person of the Year, the top 5 finalists were all given a trophy celebrating up and coming talent in the fenestration industry.

Congratulations to all winners! 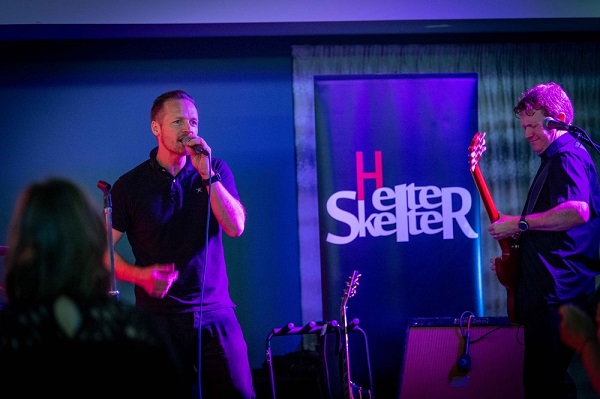 Next it was time to celebrate as Helter Skelter played a perfect range of songs from Oasis to The Beatles, it was great to see guests let their hair down on the dancefloor and all partied into the night.

Lee Clarke, Director of the NFA’s Said ”We certainly won’t forget this event in a hurry and want to thank all who took time out to join us and say thank you to all our sponsors. It will be difficult to top our 2022 event, but we will be brainstorming to see how we can make the 2023 event bigger and better as we celebrate our 10th anniversary.

Yes you heard that right, the NFAs were launched in 2013 and we are planning to mark the occasion significantly, so watch this space!”

The National Fenestration Awards would once again like to thank all who made the event possible including all sponsors, staff at the Hilton, videographer, photographer, singing waiters and Helter Skelter.

For more information about the National Fenestration Awards, for instance how you can become a sponsor, please head to our website. FIT Show 2023 Registration is LIVE!
Visitors can now register to attend the UK’s number one event for the windows, doors, glass, hardware and components industry via the FIT Show website.
Digitization of the construction industry: Digital transformation takes hold
Experience the construction industry of the future at BAU 2023
NorthGlass Named "Invisible Champion"
Under the incentive of this honor, NorthGlass will continue to focus on technological innovation, quality improvement and brand building.
The Windoor-tech Fair 2023 is over
Windoor-tech Fair 2023 came to an end after four intense days. Participants, exhibitors, and partners all contributed to making this year's edition a success. A short film summary of the Fair has been released.
Glassman Europe opens this week!
Time is running out to register for Glassman Europe, the must-attend event taking place in Istanbul in just two days!
NGA with GANA | Five Years One Voice
Five years ago, NGA and GANA combined to grow glass industry resources and events.