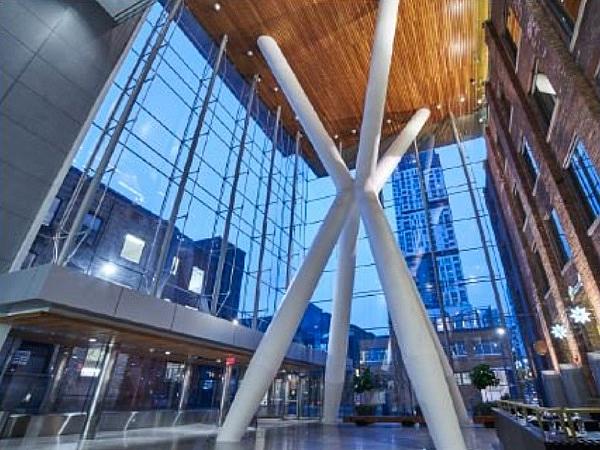 Ferguson Neudorf Glass, Inc. Director of Field Operations Peter Neudorf, Jr., participated in one of the earliest strategy meetings to discuss what might be included in the proposed North American Contractor Certification program.

When partners Keith Ferguson and Peter Neudorf, Sr., founded Ferguson Neudorf Glass in 1986, they leveraged over 50 years of glazing experience. Today the company is one of Canada’s largest commercial glazing contractors, and the first to become NACC certified. Ferguson Neudorf has completed prestigious and high performing building envelope projects across Canada and the U.S. Ferguson Neudorf attained NACC certification in July 2015 and was recertified in March 2019.

Ferguson Neudorf Glass, Inc. Director of Field Operations Peter Neudorf, Jr., participated in one of the earliest strategy meetings to discuss what might be included in the proposed North American Contractor Certification program. The idea of a third-party certification that focused on business practices, quality, competency, and safety appealed to the second generation glazing contractor. Before long, NACC became reality and Ontario-based Ferguson-Neudorf became the first Canadian contractor to be certified.

“We had been wanting something like this for years,” Neudorf described of the company’s initial response to NACC certification. “We jumped on board immediately.”

The move was significant, demonstrating support in both the U.S. and Canada for the international program.

The North American Contractor Certification Program provides architectural glass and metal contractors with certification recognition through a professionally administered, third-party assessment, as a means of creating a baseline for competency and adherence to industry-accepted guidelines.

As a company that travels and performs work throughout North America, and that maintains comprehensive in-house manufacturing facilities, Ferguson Neudorf values quality as most important to its international reputation. From manpower to work product, the company stands behind its high level of quality, which was improved through NACC certification.

According to Neudorf, “We take pride in our work and we want to put out the best product always.” The team respects the NACC program administrators and other certified companies for the notion that it’s not good enough to say it, you’ve got to do it. “It forces everyone to get on the same page, which is perfect because that’s what you want anyway.”

At Ferguson Neudorf, the certification process was a company-wide effort. The head of every department sat down for lunch to learn about the program and understand expectations and goals. The early communication helped breach the if-it-ain’t-broken-why-fix-it mentality that might have become a stumbling block if everyone wasn’t aware of the why beyond the how of certification. Consequently, every department from drafting to production shared the vision and commitment.

“It was about communicating and connecting all the dots,” explained Neudorf. “We assumed we already were communicating, but not to this level.” The benefits stretched from manufacturing to quality to safety in the field.

In particular, Ferguson Neudorf embraced the NACC audit. “We welcomed it as an assessment,” Neudorf explained, adding that the word audit might scare people, with its connection to the tax man, but the process was an honest and thorough evaluation of what the company could do to better itself and put out a better quality product. The Ferguson Neudorf team thought they were doing everything they could to achieve high quality, but were surprised to find opportunities for improvement.

Ferguson Neudorf attained NACC certification in July 2015, for interior and entry systems, building envelope low- and high-rise, and active glass – all of which were involved on the Queen and Richmond Centre West completed the same year. The safety programs put into place helped the team manufacture and install in a more quality-controlled way. “We saw more communication from the field to the plant, and vice versa,” explained Neudorf. Just as proactive communication helped the company adopt the focus of NACC, proactive communication positively affected the project outcome.

Wantong Group discuss cooperation in the NorthGlass' Si-Nest project
Wang Yi, Chairman of Wantong, gave a high evaluation of the North Glass Si-Nest project: The new products developed by North Glass Si-Nest will trigger a revolution in architecture.
Trosifol – World of Interlayers: Interview with Joe Khoury, founder of ALT Limited
Joe Khoury explains why his company advertises itself as the leading curtain wall consultant in Asia.
POLFLAM BR glass in fire-rated frameless glazed partitions
The glass panes are joined with fireproof silicone sealants and the resulting joints are only 2 mm wide. The pane edges are aesthetically finished with a strip of ceramic paint of appropriate width in any RAL colour.
Guardian Glass Project: Shift
Guardian SunGuard® SuperNeutral (SN) 62/34 coated solar control glass was chosen for the glazed elements of the façade.
FBC Expo, brilliant and wonderful NorthGlass...
NorthGlass won the “TOP brand in the industry”, “technology research and development innovation products”, “innovative engineering application cases” three awards.
MirrorWorks and Mappi: a shared way of seeing the future of the glass industry
Mappi met Nermin Berbic to talk about his company, and their recent improvement: an all new tempering furnace, a Mappi Fox 1500x3000. 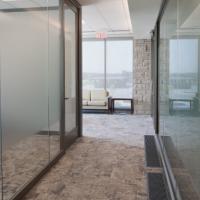