Living in a vertical forest in the middle of the city: window sashes up to 3000 mm high for a pleasant view of the greenery 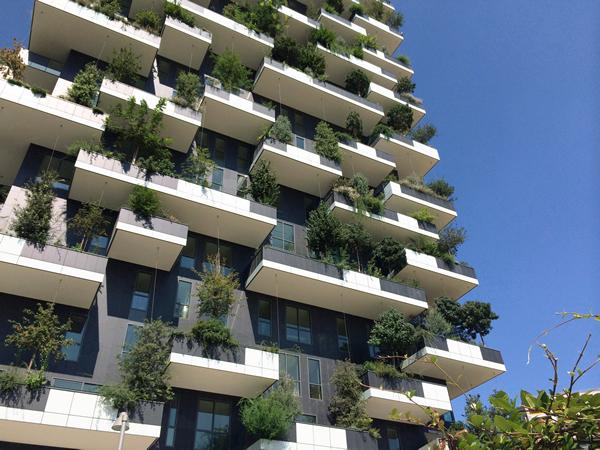 There are buildings which inspire city planners all over the world. The “Torre E” and “Torre D” high-rises, which together form the “Bosco Verticale” ensemble in the centre of Milan, are among them.

Around 900 trees and several thousand shrubs were planted on terraces and balconies in the two high-rise residential buildings according to the plans by architect Stefano Boeri.

They form a “vertical forest” as the planner himself describes it. Large, easy to use windows and balcony doors equipped with the robust “Roto AL” brand hardware allow the residents of the building to enjoy this greenery to the fullest. 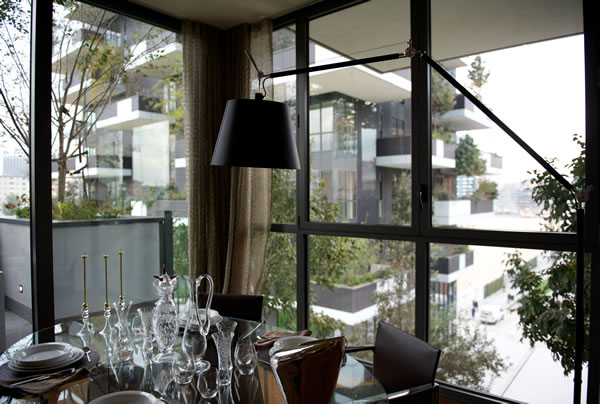 If grey reinforced concrete blocks with few qualities which invite people to relax or spend time there are the first thing to come to mind when you think of the phrases urban development and urban densification, you should take a closer look at the innovative project in Italy’s northern city.

Evidence has shown that planting greenery on the high-rise buildings has provided new habitats for numerous species of birds and inserts.

The residents of the modern apartments enjoy the advantages of the unusual greenery: measurements have proven that the plants absorb dust and noise from the street and create a pleasant climate in the rooms and on the balconies. 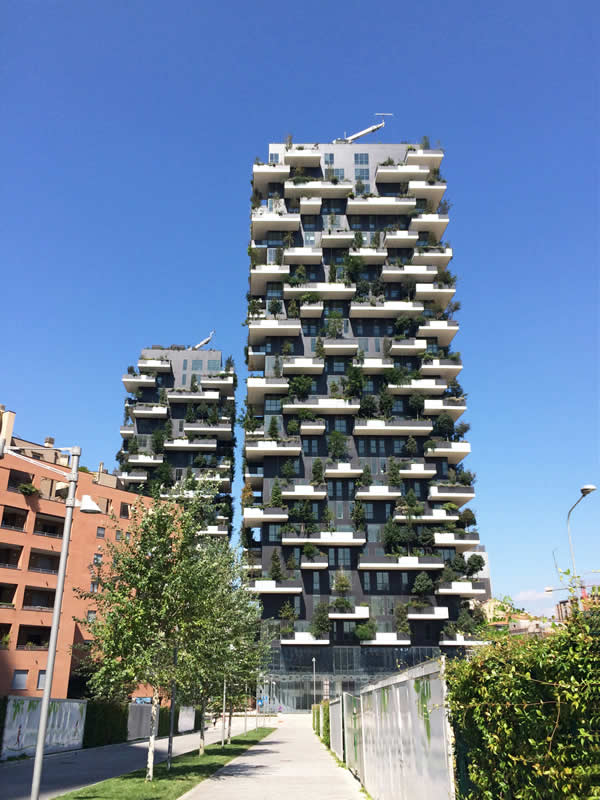 Merging of indoors and outdoors

A high-quality aluminium and glass façade with narrow profile views and large glass surfaces ensures that passers-by and homeowners alike can focus their gaze exclusively on the “Urban Gardening”.

More than 500 window sashes from the “NC 65 STH” series produced by Italian manufacturer Metra were integrated into it as a block structure, which remains a subtle feature in the background with its delicate window frame profiles.

When viewed from inside, the large balcony doors with a sash height of up to 3000 mm offer an unimpeded view of the plants on the resident’ own balcony, as well as those of the neighbouring building. 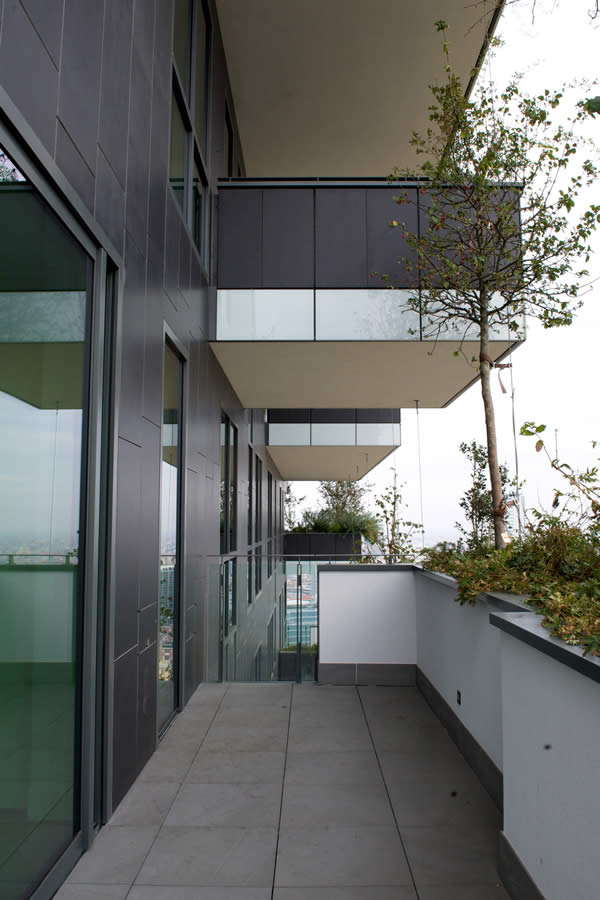 The façade builder used the “Roto AL” hardware system for convenient operation of the turn-only and Tilt&Turn sashes. Roto Object Business developed a customised hardware solution with an overlying hinge side for the construction project.

The range of hardware has a modular design and can be used for windows of all opening types and virtually all shapes. An element can take on considerable dimensions: between 180 and 1600 mm wide and between 405 and 3000 mm high depending on the opening type.

A sash can weigh up to 300 kg. Thanks to the high-quality materials used to manufacture the hardware and additional components, the residents of the “Bosco Verticale” can use their highly heat-insulating and sound-insulating windows safely and conveniently over the long term. Modern living in a vertical forest – first-class windows make it possible.

600450
ftt.roto-frank.com
Living in a vertical forest in the middle of the city: window sashes up to 3000 mm high for a pleasant view of the greenery glassonweb.com

Vitro Case Study: FIVE City Center
Five City Center in Allentown, PA features an attractive blue and gray mosaic-style façade that incorporates five different Vitro glass products.
Dubai hosts over 36,000 global professionals at the first in person construction event in two years
36,386 business professionals attended Dubai’s construction mega-event The Big 5, returning as the only live in-person event connecting the global construction industry in 2021.
HORN to rebuild Russian container glass furnace
HORN received the order for a rebuild of Steklotech’s Furnace 1 at the beginning of August 2021.
Over 75% of space allocated for FIT Show 2022
FIT Show organisers have confirmed that over 75% of space has now been allocated for its new May 10 - 12, 2022 dates.
Night of Technology Bonn/Rhein-Sieg: Kuraray hosts for the first time
"See, understand, experience technology", that's what the second Night of Technology in the Rhine-Sieg district and Bonn invites you to on October 1.
Windows, Doors & Facades Event and Gulf Glass were a huge success
Windows, Doors & Facades Event and Gulf Glass come to a successful close with 1,200+ exhibitors participating from all over the world.
A+W Smart Companion: Still more clever functions
Stock management, inventory, and technical rack inspection: Now A+W Smart Companion can do even more
EvGuard® laminating film at GlassBuild America 2021
If you are looking for a premium EVA interlayer for your laminated safety glass, please make sure you stop by - booth 711.
glasstec 2022 – Let's go live
glasstec is “back again at last” – experience the trade fair live and with all your senses
HEGLA cancels Vitrum participation
In response to the new surge in coronavirus cases and the unpredictable dynamics of the pandemic, the HEGLA Group has decided to cancel its participation in the Vitrum trade fair.
Registration for FIT Show’s virtual CPD learning programme is now LIVE!
Organisers of the UK’s flagship event for the fenestration industry have curated two days of content that will be available on Monday 27th and Tuesday 28th September.
Vitro Architectural Glass showcases innovative, sustainable products at GlassBuild America 2021
Vitro Architectural Glass will be showcasing several new products and innovative technologies at GlassBuild America.