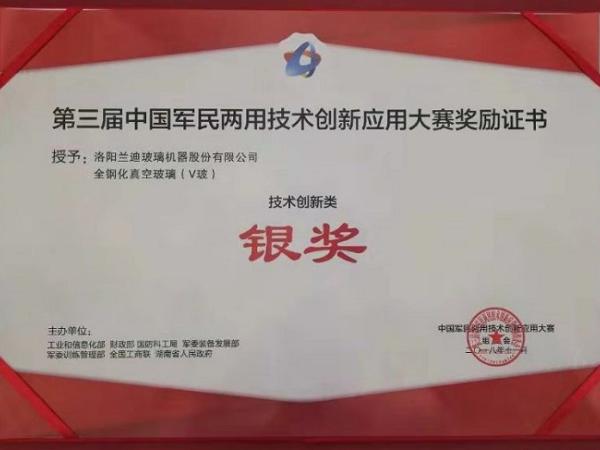 On November 28, “The Third China Dual-use Technological Innovation Application Contest” was concluded in Changsha, Hunan after seven months of intense competition. LandGlass’ tempered vacuum insulated glass - LandVac® was selected from the 120 items qualified for the final and won the silver award.

As early as March 12, 2015, at the plenary meeting of the PLA delegation at the third session of the twelfth National People’s Congress, General Secretary Xi made it clear for the first time to raise the development of civil-military integration as a national strategy. On January 22, 2017, the Political Bureau of the CPC Central Committee decided to establish the Central Civil-Military Integration Development Committee chaired by General Secretary Xi personally.

“The Third China Dual-use Technological Innovation Application Contest” with the theme of “Civil-military integration and innovation” was co-hosted by seven departments including the State Administration of Science, Technology and Industry for National Defense, the Equipment Development Department of Central Military Commission, the Ministry of Industry and Information Technology, and the Ministry of Finance.

In order to promote the wide range applications of dual-use technologies and products, this contest offers a display and exchange platform to the credible and socially reputable domestic enterprises and teams who are engaged in the business of R&D, manufacturing, and service of dual-use technologies and products to showcase the military applications of their products or services.

The winning of the award by LandVac among numerous hi-tech advanced dual-use items that participated in this contest indicates that LandVac vacuum glass has been recognized by the Chinese military. As the result, it will have the opportunity to step into the field of national defense applications and contribute to the development of national security! 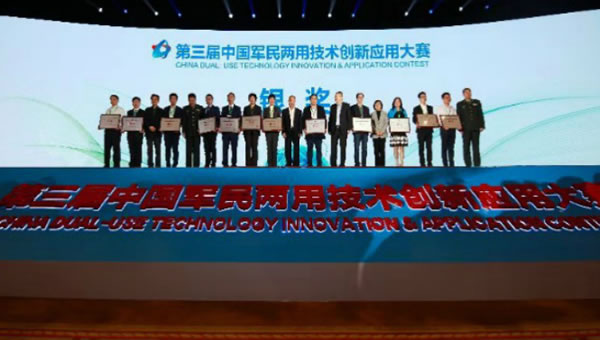 A+W Software: Optimization with a system in the glass industry
A+W optimizations are no longer isolated solutions in cutting; instead, they work intelligently with one another and with state-of-the-art system technology in complex systems all across production to achieve outstanding results.
First back GlassBuild America 2021 influencers
After what was a truly moving and exceptional time last year, the NFAs aims to build on the positivity it brought to the industry last year with another major awards campaign.
Vitro Architectural Glass reaches exclusive agreement to market leading tempered vacuum insulating glass (VIG) product in North America
Vitro Architectural Glass (formerly PPG Glass) announced that it has reached an agreement with LandGlass and VIG Technologies to sell their tempered vacuum insulating glass (VIG) products in North America.
HEGLA and Clayton Glass Working Together To Provide Best Quality Solutions
In relation to HEGLA it is a true showcase of the specialist manufacturers capabilities which brings together engineering excellence and faster output.
Sedak glass provides panoramic view in Messeturm Frankfurt
The fascination of curved glass covering 1,700 square meters.
Interested in this November’s IG Fabricators Workshop? Let FGIA Know
After taking 2020 off due to the pandemic, the popular in-person IG Fabricators Workshop will return to Plano, TX this November.