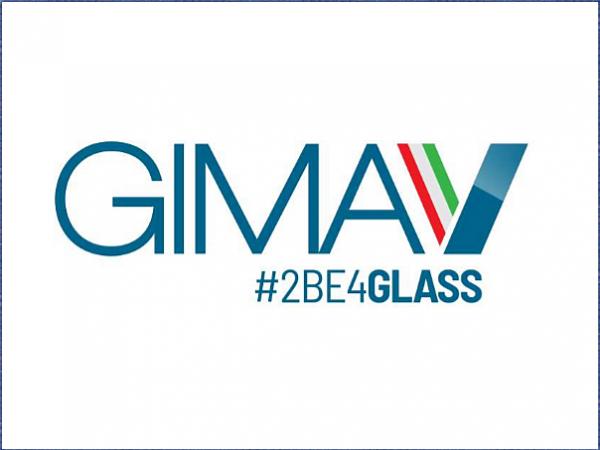 The Association’s newly-elected team of leaders for the next biennium; presentation of the new visual identity for GIMAV and VITRUM.

Discussions with association members clearly indicate how crucial the international trade show hosted by Fiera Milano is and the desire to “make it a great edition” in 2021.

Elected at the June 23rd General Assembly of GIMAV, the Italian Association of Manufacturers and Suppliers of Machinery, Systems, Accessories and Special Products for glass processing, is the team that will lead the sector in the turbulent months to come.

In the name of continuity, Michele Gusti, President of OCMI OTG SPA, was re-elected to the post of Association President. In thanking his colleagues for their unwavering vote of confidence, he declared: “I will put my skills to work for our industry, tapping into the experience gained during the last biennium. I know I can count on the valuable input of my colleagues, who will be working alongside me to guide the Association.”

Two new logos, one each for GIMAV and VITRUM, were also displayed during the meeting. The new look is a return to the origins that openly revisits the bond between the Association and Italy’s international glass processing technologies trade show.

“There is absolutely no reason to hide this fact; on the contrary, we are very proud of our ties with GIMAV,” – stated Dino Zandonella Necca, President of VITRUM and President and CEO of ADI SRL and R.B.M. ITALIA SRL. “Trade show organizers typically tend to be profit-driven and their interests coincide with maximizing the bottom line. Its close relationship with GIMAV, instead, puts VITRUM in a position to consider the real interests of the sector, which the show promotes internationally. The COVID-19 pandemic has unmasked many of those incompatible positions, highlighting how events that claim to have only the good of the exhibitors at heart, were really just interested in revenue.”

In addition to updating the image of the Association and the glass industry trade show, the new logo explicitly echoes their common origins, summed up in the "V" that closes the name of the Association and, like a mirror image, opens that of the show. A stylized Italian flag is a reminder that, underlying both, is Italy’s glass processing technologies industry.

Although, in large part, the meeting was focused on association business, the industry report and the election of Board members, almost all the discussion between members revolved around the Vitrum trade show scheduled for October 5-8, 2021 at Fiera Milano.

Many of the compelling insights grew out of considerations, skillfully put forth by President Gusti, all aimed at highlighting the “irreplaceable” role played by the Italian show.

“Finally, industry players are starting to draw the conclusion that to lose VITRUM would lead, in the medium term, to Italy’s glass processing technologies industry losing its competitive edge in international markets,” stated GIMAV President Gusti.

“Globally speaking, there are various well-organized and overall attractive trade fairs, but companies are beginning to have a deeper understanding of how none of those shows will ever be able to play the role that VITRUM does. Precisely

because it’s held in Italy, it is, above all, dedicated to reaffirming Italy’s glass industry leadership and promoting the distinctive features that make it an industry of excellence around the globe,” continued VITRUM President, Zandonella Necca.

“We will work together” – the two presidents said in unison – “to make this a great VITRUM, offering exhibitors, in 2021, the best platform to showcase all of their qualities. We have no doubt that the Italian businesses will know how to take advantage of it to further increase their competitiveness in global markets and jump right into the recovery before and better than their international competitors.”

*At its first meeting, the Board of Directors will name the two Vice-Presidents from among the elected Board Members

The need for flat glass recycling at the NGA Glass Conference - Glass for Europe
European flat glass manufacturers promotes the dismantling, collection and recycling of end-of-life building glass (from windows, glazing and other products) to ensure that end-of-life flat glass does not end up in landfill.
ICSA 2022 - 5th International Conference on Structures & Architecture
The aim of the ICSA conferences is to present research and developments on the merging of architecture and structural engineering.
Get Ready for the 24th Annual BEC Conference!
24 years of tradition begins again this March. Head to Nashville to join hundreds of glazing contractors, fabricators and suppliers for education, tabletop displays and plenty of networking.
Panels, Roundtable, Interactive Workshops to Cover Range of Topics at FGIA Hybrid Annual Conference
The Fenestration and Glazing Industry Alliance (FGIA) has released a final schedule for the upcoming 2022 FGIA Hybrid Annual Conference.
R.C.N. Solutions: “Glass Experiences”, the new 2022 editorial
RCN Solutions would like to contribute to celebrating the Age of Glass, by launching a new editorial series named “Glass Experiences”.
Many Projects, Expanded Team | Viprotron
Due to the continuing strong growth in orders, the need to strengthen our team is also increasing.

The Advantages of Digitalization in the Glass Industry