Gary Bristow reflects one year on from GJB's high-profile acquisition 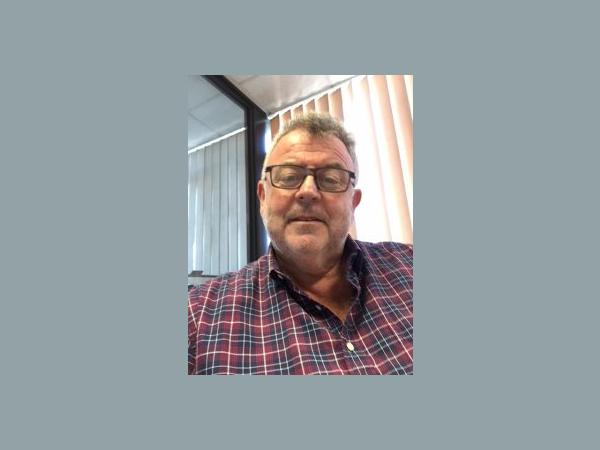 One year on from the takeover by former Deceuninck MD Roy Frost, Gary Bristow, Sales Director (and co-founder) of GJB Window Systems discusses what has changed at the respected South-East fabricator.

Firstly Gary, can you tell us a little bit about GJB and how, from your perspective the acquisition came about?

GJB is a fabrication business based in Essex which specialises predominantly in uPVC glazing products. Myself and my good friend Ken Blackman started the business almost 30 years ago and through our customer-first ethos have grown it to become one of the UK’s largest Eurocell fabricators. When Ken decided to retire after 27 years of hard-work, dedication and loyal service, we knew we needed to look for someone to take over at the helm.

It wasn’t a case of just selling to the highest bidder. We wanted someone to come in who really understood the business, respected how we operated and could see where we could grow to best support our customers – and I firmly believe we found that in Roy. We were very clear, as was Roy that we didn’t want to see GJB split-up with production moved and staff laid-off like in many industry takeovers. I’m pleased to say we’ve renewed the leases on our three sites and our same strong team is still very much intact, except now it’s bigger!

So, 12 months on how has GJB changed?

As to be expected with any major acquisition, there has been a lot of changes with new developments, new people, investments and new ideas. But one of the main reasons why I chose to stay involved with GJB on a daily basis was to ensure we kept ‘the GJB way’ which is what ultimately got us to this position and separates us from other trade fabricators. From day one, our ethos has been to build close, long-lasting relationships with our customers to facilitate and nurture real business growth.

I’m sure many fabricators believe they do the same, but at GJB we actually throw our arm around customers and help them anyway we can whether it’s recruiting a new salesman, writing a sales letter or creating product matrices and price books so they can secure their margin and sell on the day.  We’ve even taken the unique step of bringing our customers together, so they can discuss important issues like prices, interest rates, fitters’ wages and learn from each other’s experiences.

12 months on from the takeover and that commitment still drives everything we do. If anything, Roy has actually taken that to the next level with the introduction of Make It Yours, our new high-impact marketing support package which features personalised sales material as well as showroom support, branding and powerful online resources. Roy also connected us with Daniel from Listers (our new sister company) who helped to build our new showroom which features all our product lines and creates a great opportunity for our customers to enhance their sales approach.

Under Roy’s stewardship, we’ve also maintained that commitment to professional development with a number of events taking place to support our customers. We were delighted to welcome everyone to GJB HQ for our first customer conference where we discussed what’s new at GJB and introduced industry speakers to address important issues such as GDPR, self-employment and marketing.

You mentioned your new sister company Listers Central. How has that affected GJB?

Of course it was quite a whirlwind for us to first have a new owner and then shortly after to have a sister company in Listers Central! We have a fantastic relationship with the team in Stoke having both been in the industry for many decades and sharing the same philosophy. We’ve already been able to share resources, expertise and experience which has been of great benefit to both businesses and has helped us as we’ve looked at new markets and the possibility of extending our reach outside the South-East.

Through our relationship with Listers, we have been able to not only add the Residence Collection to our range, but we have also made the move into aluminium with Räum, and the response so far from customers has been incredibly positive. As a group, we have also invested in Graf weld technology so both Listers and GJB can offer completely seamless cills for that added value touch. That sums up the relationship really, it’s all about working together to deliver value for each other and our customers.

Where do you see GJB in five years’ time?

With Roy’s ambition, I can only see the GJB Group growing bigger and bigger! Our greater manufacturing and logistical capabilities as a group mean we now have that nationwide reach and the advantage of drawing on each other’s skills to streamline production and minimise lead times.

As hard as it may be to believe, during this transitional year we have not lost a single customer, we have only gained new ones! It’s a great testament to the hard-work of Rob Waller (Sales Manager), Mike Wolstenholme (Managing Director) and the GJB team, and the strength of ‘the GJB way’ that we’ve worked so hard to keep firmly in place.

Mike has been instrumental since coming in with Roy, using his vast experience to really look at how we operate, where we can work more efficiently and how we can introduce new systems, technology and machinery to expand. We are now far slicker than we’ve ever been before, and we fabricate more than we ever have too, and that’s all possible thanks to his hard work.

Acquisitions can often have negative connotations especially in the window industry, but this move has been fantastic for GJB and is already delivering a stronger, broader and faster service to our incredible customers – all thanks to keeping those core values at the heart of everything we do.

UL Seminar Covers New CSA Standard for High Exposure Fenestration Installation
Robert Jutras, Principal Engineer at UL, led a sponsored session called "The New Canadian High Exposure Fenestration Installation Standard CSA A440.6:20, Explained" during the FGIA Virtual Annual Conference.
Prime Minister gives green light for The Glazing Summit
With the Prime Minister announcing a ‘roadmap to recovery’ with all restrictions lifted by June, the industry can once again come together, and the Glazing Summit has already seen a surge of excitement.
Safety VP Mike Troutman provides guidance on accident investigation protocol
Mike Troutman, Vice President of Environmental, Health and Safety (EHS) Excellence for MI Windows and Doors, offered an accident investigation protocol roadmap to the participants of the FGIA Virtual Annual Conference.
Thermoseal Group is an Sunday Times HSBC International Fast Track 200 business
Thermoseal Group has been ranked no. 96 in the Sunday Times Fast Track 200 list of businesses with fastest-growing international sales.
FIT Show welcomes 'Roadmap to Recovery'
FIT Show organisers have welcomed yesterday’s ‘Roadmap to Recovery’, as outlined by UK Prime Minister Boris Johnson in Parliament (Monday 22nd February 2021).
A Talk with Myriem Guedouar, Project Manager at VS-A
Myriem Guedouar shared her experience in working with glass projects, including the use of colored glass, finding technical solutions to meet an architect's vision, and how she defines a successful project.