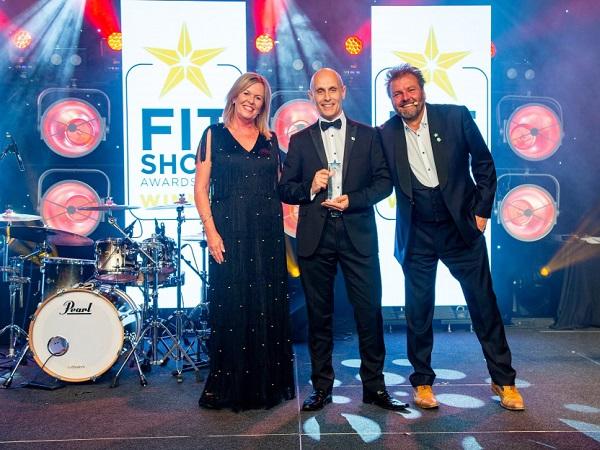 Photo source
epwin.co.uk
Epwin Window Systems’ FIT Show visitor campaign has won the award for the most successful at this year’s show.

Gerald Allen, Marketing Manager at Epwin Window Systems, said: “FIT is a big part of the industry’s calendar and it’s a great opportunity to build a powerful marketing campaign to draw visitors to our stand. It was great to see our efforts paying off at the show and we are delighted to win the award.”

Epwin Window Systems’ FIT Show campaign ran across print, email, web and social media. It highlighted the strength of the company’s offering. Epwin Window Systems is the UK’s largest manufacturer and supplier of PVC-U window and door systems and has some of the best-known brands in the sector: Swish, Spectus, Profile 22 and PatioMaster. As an indication of the success of the campaign, Epwin Window Systems’ social media engagement rate was 28% higher than its nearest rival in the week before the show.

Another of the central features of the campaign was the launch of Stellar, its groundbreaking new aluminium system. Taking the name Stellar as the starting point, the promotions were based around the theme of space and the introduction of a new star performer. The campaign also included a prize draw that over 500 people entered to win an Apple Space iWatch S4 worth over £500. Results highlights include a nearly 250% increase in ‘retweets’ on Twitter and over 150% increase in ‘likes’.

Epwin Window Systems has been in business for over 40 years and is the most successful and long-established systems supplier in the industry today. It means it has the unbeatable combination of stability, reliability and innovation you only get from a business of this scale. Gerald commented: “Epwin Window Systems has a compelling offering which we were able to showcase in our campaign and on our stand at FIT 2019.”

FENSTERBAU FRONTALE for craftspeople
Craftsmanship meets technology: Today in exactly 4 weeks, wood and window specialists from all over the world will gather in Nuremberg for the combined Fensterbau Frontale 2020 and Holz-Handwerk 2020.
Postponement Notice of China Glass 2020
The organisers of China Glass 2020 has confirmed that the show due to be held on 14th – 17th April 2020 will be postponed to a later date.
Glass Futures wins £7.1m UK Government contract to investigate decarbonising the sector
The Glass Futures study, which is due to be completed in March 2021, will investigate and recommend the most cost effective and environmentally efficient routes to decarbonise.
Events at Batimat Construction Summit
On March 4, 2020 the Batimat Construction Summit will host events on the development and growth points of the industry.
Economics expert John Manzella touches on trade, labor, immigration at FGIA Annual Conference
Those at the 2020 Fenestration and Glazing Industry Alliance (FGIA) Annual Conference heard an economics expert offer perspective on several crucial, global topics.
Hall layout: Updates in some sections at BAU 2021
The new halls C5 and C6 prompted a major re-shuffle of the sections at BAU in 2019, so adaptations for BAU 2021 are only moderate in scale.