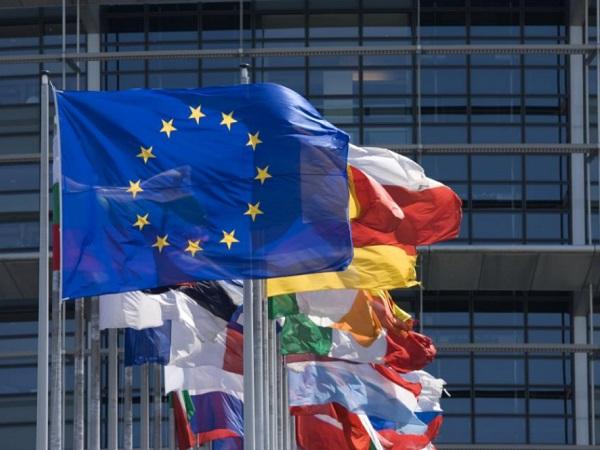 In the European Union, Member States are allowed to set minimum performance requirements to construction products available on their market.

In 2017, the European Union reviews the EPBD which represents an opportunity to assess the state-of-play in the Member States and, eventually, propose measures to improve the assessment of the energy performance of windows in national schemes. A study for Glass for Europe provides a clear picture of the minimum requirements for window replacement in the residential sector across the different Member States and reflects on if/how the European framework could be improved to further support the Member States with additional guidance.

The potential of energy savings in the European Union’s (EU) building sector through efficient building products is well known1 and acknowledged by the European Commission in its Energy Union framework strategy (European Union, 2015). In a recent study commissioned by the European Commission2, windows in the EU are considered responsible for 24% of the EU heating demand and 9% of the cooling demand. These high figures can be explained by the percentage of sub-optimal windows installed in EU residential sector. A recent study estimates that over 85% of glazed areas in EU buildings are equipped either with single glazing or uncoated double glazing (TNO, 2011). When considering that over 1billion of new windows will be sold by 2030 in the European Union, according to market forecasts available in the same European Commission study, the energy saving potential for the European building is substantial.

Despite the priority given to energy efficient buildings in Europe and the vast amount of energy that can be saved if consumers opt for energy-efficient windows, putting in place meaningful regulatory measures at EU level to foster building renovation and push the market has shown to be a challenging task.

The Energy Performance of Buildings Directive (EPBD) is the main EU policy driver affecting the energy use in buildings. Member States that have correctly and timely implemented the EPBD introduced energy performance (holistic approach) requirements for new buildings and buildings receiving major renovation. These do not exclude the existence of prescriptive requirements for building components with a very strong influence on the energy performance of the whole structure (or components with relatively long lifetimes), including windows. In other words, under the EU legislative structure, it is preferred not to have EU wide performance requirements, so that individual Member States can set minimum performance requirements to construction products available on their market, taking into account their own building stock and climate specificities.

A recent study commissioned by Glass for Europe to Ecofys (figure I), in the context of the current revision of the EPBD, shows that all Member States but one (i.e. Estonia) have introduced such requirements for windows. The Glass for Europe’s study by Ecofys is based on existing studies, legal national documents, and interviews with contact person from all Member States, including the three Belgium regions and four UK regions. The findings of the study highlight divergences between Member States in terms of methodology, ambition and effective implementation. The present paper will present these key differences and reflect on if/how the European framework could be improved to further support the Member States with additional guidance.

Calculation of the windows’ energy performance

A vast majority of Member States have introduced in their national legislations minimum requirements for windows based solely on the heat transition coefficient for the whole window (glass and frame); i.e. Uw-value (see table 1). In total, 18 EU Member States make use of this value only; i.e. Austria, Bulgaria, Croatia, Cyprus, Czech Republic, Finland, France, Germany, Greece, Hungary, Ireland, Luxembourg, Netherlands, Poland, Romania, Spain and Sweden. For the three Belgian regions, Latvia and Lithuania the minimum requirements are based solely or partially on the Ug-value (heat transition coefficient for the transparent area).

Only five countries include legal requirements for the total energy transmittance factor of glazing system, i.e. g-value, to complement the requirement based on a Uw-value: Italy, Malta, Portugal, Slovak Republic and Slovenia. Despite significant yearly solar irradiance levels, countries from the South of Europe and Central Europe (Western or Eastern Europe) such as Spain, Greece, France, Germany, Czech Republic or Bulgaria are not considering the solar heat gains in their energy performance calculations and minimum requirements.

Despite the fact that the energy balance has been widely recognized by window professionals has the only effective way to assess the energy performance of a window, e.g. eco-design preparatory study Lot 32 on windows4, this methodology is only applied in Denmark and the United-Kingdom. A vast majority of Member States focuses the requirements on the sole Uw-value, not taking into account the energy gains from passive solar irradiance; while five Member States introduced additional separated requirements based on the g-value which does not provide a balance between the heat gains and heat losses over one year.

Minimum requirements based on the Uw-value

As underlined previously, Estonia is the only EU Member States which does not have set minimum legal requirements for replacement of windows in the residential buildings. All other EU Member States have introduced minimum requirements based on the Ug-value, being by way of a Uw-value, Ug-value (i.e. three regions in Belgium) or integrated in the energy balance calculation (i.e. Denmark and UnitedKingdom WER label).

From a formalistic point of view, all Member States are compliant with the EU legislation prescriptions. However, when looking at the minimum requirements set in the national legislations, two fundamental problems arise in an important number of Member States: the sub-optimal minimum requirements set in the national regulation and the absence of updates.

Scope and implementation of the legal requirements

A third finding of the study is the problem related to the scope and implementation of the legal requirements for windows in national regulations. It is important to note here that the Glass for Europe’s study by Ecofys report (table 1) shows the minimum performance requirements for window replacement in the residential sector when these exist. In practice, their implementation and scope differ due to conditions added in the national regulations, generating de facto loopholes in the regulation. It results that, in those countries, windows not meeting the minimum requirements could be installed under certain conditions.

Glass for Europe’s study by Ecofys shows that in only 11 Member States (out of 28) the minimum requirements for windows apply to single window replacement; i.e. Austria, Cyprus, Denmark, France, Hungary, Lithuania, Luxembourg, Romania, Spain and the UnitedKingdom. It results that the residential market in those countries is limited to windows with a performance equal to the minimum requirements or higher.

It is worth to note here that Finland reported that, despite the conditions allowing windows with a lower level of performance to be installed in the residential sector, almost 100% percent of the renovation market fulfil the minimum requirements as manufacturers do not produce windows below those requirements. No other countries reported the same market trend in the research.

For six Member States out of the 28, the study has not been able to confirm if conditions apply to the minimum requirements for window replacement; i.e. Bulgaria, Latvia, Netherlands, Slovak Republic and Slovenia.

Minimum performance requirements are in many countries not what drives the market towards energy efficient products, since they often refer to sub-optimal choices and apply under certain conditions. To make minimum performance requirements a driver, the EU legislative framework currently under revision (EPBD) could be improved to be more effective. Glass for Europe’s study by Ecofys tend to demonstrate that although the legislative framework forces Member States to set minimum requirements it fails on two aspects: the lack of guidance on how to best assess the energy performance of windows (i.e. energy balance) and its flexibility which allows Member States not to properly implement it.

In view of the current EU political context, it is unlikely that the EPBD could be strengthen and be made more stringent vis-à-vis Member States in its current revision. Therefore, the work to improve the minimum requirements for windows needs necessarily to be made in countries, with national authorities.

This paper identifies three elements that need to be improved to achieve that objective: Firstly, when outdated, sub-optimal or based on the sole U-value or separated U-value and g-value, minimum requirements should be reviewed and be based on the energy balance approach. Secondly, national legislations could include milestones with automated update/review of the window minimum requirements to anticipate the increase in the energy performance of windows available on their national market. Thirdly, minimum requirements for windows shall apply to new buildings, major renovation down to single window replacement.

Buildings Performance Institute Europe (2011) “Europe’s Buildings under the Microscope. A countyby-country review of the energy performance of buildings”.

European Union (2015) “Communication from the Commission to the European Parliament, the Council, the European Economic and Social Committee, the Committee of the Regions and the European Investment Bank, A Strategy for a Resilient Energy Union with a Forward-Looking Climate Change Policy”. COM(2015) 80 final, 25 February.

European Commission (2016), “Proposal for a directive of the European Parliament and of the Council amending Directive 2010/31/EU on the energy performance of buildings”, COM(2016)675 final, 30 November. Fire risk related to the use of PV systems in building facades
This paper focuses on the fire safety aspects related to the use of fire PV panels and systems in building facades.
Design methods of blast resistant façades, windows, and doors in Germany: a review
Explosion events represent an extraordinary action for buildings and especially for the building envelope.
Carbon Neutral Silicones in Façades – a window of opportunity
Dow has a strong commitment to sustainability and recently introduced the first externally PAS2060-verified carbon neutral silicones for façades.
Overview of dynamic test methods for examining the glass window resistance
In the article, the focus is on an overview of several norms, standards, and research that address the issue of resilience of window systems.
Curtain of Glass – Textured by Stone
The new World Trade Center site was rebuilt after 9/11 comprising seven mayor skyscrapers around the memorial site and the 9/11 museum.
Numerical Analysis of TGU Windows Under Blast – GLASS-SHARD Outlook
This paper presents some of major outcomes of Finite Element (FE) numerical methods and simulations that have been explored in the framework of the GLASS-SHARD research project for glass windows and facades under explosion or soft-body impact.

Glass for Europe reacts to the Green Deal Industrial Plan