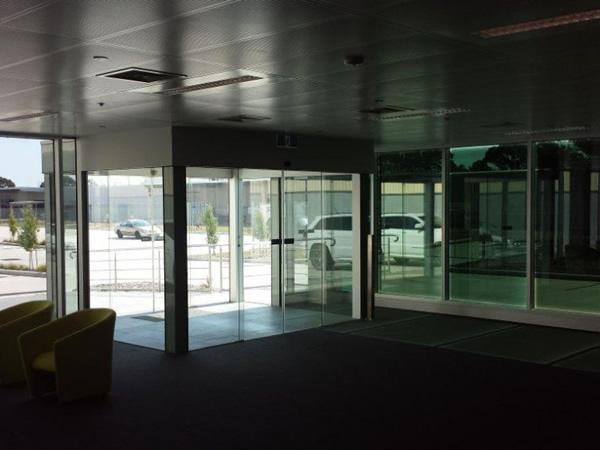 SolarAdapt Glass has further proven why it is Australia’s highest performing energy saving glass when the heat wave hit Melbourne this summer.

As temperatures soared above 40 degrees, SolarAdapt maintained its cool, preserving comfort levels and air-conditioning loads of households and business’.

Glassworks commissioned an engineer to measure the actual performance of the Glassworks Australia head office in Dandenong Victoria during this period and the following results were reported.

The windows were measured in the middle of the day, at 3:30pm and at 5:00pm. The sky was blue with a northerly wind. The elevation was facing west and the external glass construction was 5mm Grey/SolarAdapt/5mm Clear – 6mm Argon- 6mm LoE3-366.

A Solar Heat Gain Coefficient (SHGC) of a mere 0.07 was also reported at this time, compared with a SHGC of 0.58 for commonly installed 6mm Grey tinted glass

“In our office, the employees were not uncomfortable and were easily reading their computer screens next to the windows,”” said Michael Gleeson, General Manager of Glassworks Australia.

The VLT dropped to 2% and the company also managed to save on operating costs, as the air-conditioning could run as usual without working overtime. “SolarAdapt would be a perfect fit for projects seeking superior sustainability performance,” Michael added.

Essentially, the SolarAdapt Solar Responsive Thermochromic (SRT) technology uses the sun’s own energy to cause the tinting of the window. As the sun strikes the window it absorbs and adapts the tint level based solely on the amount of direct sunlight, thereby reducing heat gain.

The other windows also performed well; for example Glassworks LoE3-366 Grey 6mm achieved a VLT of 31% and an SHGC of 0.17.

Tvitec GlassTrends: Campus Futura Airbus, green, sustainable and ecological
Tvitec manufactured more that 4,500 metres of high-performance glass for the new Campus Futura Airbus in Getafe (Madrid-Spain).
WFCT is Just Four Weeks Away - Registration Still Open
We are heading into the final laps for the International Window Film Conference and Tint-Off™ (WFCT) and what may just be the best event yet in WFCT’s long history.
Eastman Machine Company: Environmental Responsibility Statement
At Eastman, we strive to meet or exceed applicable environmental laws, regulations, and permit requirements, and we use environmentally sound practices to ensure the protection of the environment.
Tecnoglass chooses Mappi for a new HST testing equipment
HST by Mappi is the ideal partner for the furnaces of the Fox and ATS 4.0 series.
Thirsty Thursday: Standards for Anisotropy
Join NGA at 1:00 pm ET on May 20 for this 45-minute Thirsty Thursday session, presented by Louis Moreau of AGNORA.
NYT Best-Selling Author and Communications Expert to Keynote Window Film Conference in Orlando
Janine Driver will share her cutting-edge, scientifically based communication tools with attendees of the International Window Film Conference and Tint-off™ June 7 at the Orange County Convention Center.