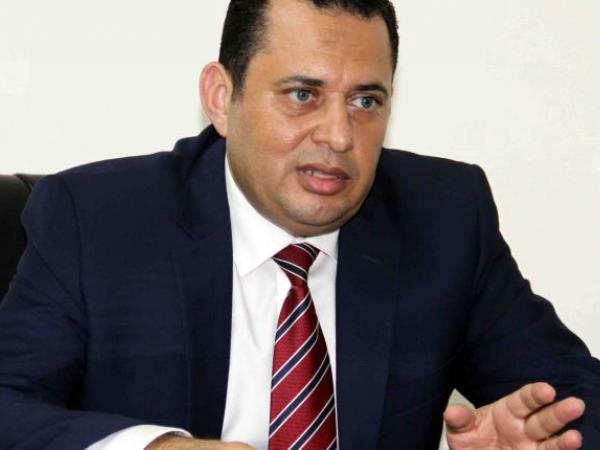 The flat glass industry in Egypt is in danger due to rising costs, the foreign currency shortage, and the lack of some production inputs.

The flat glass industry in Egypt is in danger due to rising costs, the foreign currency shortage, and the lack of some production inputs, according to Mohamed Khattab, executive manager and managing director at Sphinx Glass Ltd, and member of the Chamber of Chemical Industries at the Federation of Egyptian Industries (FEI).

Khattab said that production costs have increased by 50% in the past two years, yet the price of products for consumers has not increased by the same ratio to bridge that gap.

It has become difficult to compete with foreign products due to the increased cost of inputs, such as raw materials and energy.

The gas price for glass companies in Egypt is not competitive, said Khattab, citing Saudi Arabia and Algeria, which obtain gas for less than $2.

However, Egyptian companies must buy it for $5. This is compounded by gas needing to be bought in US dollars—the price of which has appreciated dramatically against the Egyptian pound.

In light of global prices, Khattab says the best gas price for glass factories in Egypt is $3.5 per 1m BTUs.

Belgian company Solvay suspended operations in Egypt a few months ago as a result of the difficulties in the business environment here. The glass factories are supposed to import sodium carbonate as one of their production components. According to Khattab, Egypt’s requirements for sodium carbonate is roughly 400,000 tonnes annually.

He added that this sector needs investments—the state should have supported the company to continue producing, or taken over the production process to maintain the volume of locally-produced production, especially as the higher US dollar exchange rate led to higher import costs for Egyptian companies.

The local market is facing a problem with competing products imported from overseas, particularly as these products enter the market at discounted prices and are of poor quality, he said. The countries that export the most glass to Egypt are China and Saudi Arabia.

Khattab said that members of the Chamber of Chemical Industries called on the customs committee in the FEI to amend the customs distortions of glass.

Reflective glass, which requires the best technology for manufacturing, is subjected to a 10% customs tariff. We demanded that this be increased to 20%, similar to transparent glass, he explained.

Moreover, Saudi Arabia enjoys the Arabian Partnership agreement that allows its imports to be exempted from customs fees.

Exceptional procedures should be taken regarding imports because local production is capable of covering the market’s needs. Khattab said that the imported goods should be chosen based on the products that can be substituted in Egypt to guarantee the good quality of imported products and fair competition.

Khattab said that the Mineral Resources Act contributed to price increases of 20-25%. Glass factories require limestone, dolomite, and sand—all of which saw price increases, as did transportation costs.

All these factors converged simultaneously and thus affected production costs, which contributed to weakening the competitiveness with exports from other countries—especially as these countries are not suffering from the same crisis.

He added that the company’s exports are directly impacted, because they are forced to export at lower prices that achieve limited to no profit, in order to maintain their foreign markets.

Khattab said it is important to participate and have a presence in exhibitions abroad. These are a good means of reaching external markets, offering new products, acquiring new customers, and strengthening relations with existing customers. The exhibitions ‘system’ in Egypt does not support companies in attending large events.

Sphinx Glass will achieve EGP 550m in total sales in 2016. The company exports its products to the US, Brazil, Europe, and India.

The company works at full production capacity, and produces 220,000 tonnes per year. The company’s market share of glass for building is 40%, and it also acquires a major share of the automotive glass market in Egypt.

The flat glass market in Egypt accounts for roughly 350,000 tonnes a year—85% of this glass is used for buildings and construction, and 15% for cars and other uses.

The company has plans to double its production by adding a new production line with investment costs of $150m. Thus, the company’s production capacity size will reach 440,000 tonnes.

The company sells all its products, cares about the local market, and seeks to enlarge the size of its exports. The growth rates that can be achieved are linked to the production increase—which requires adding a new production line.

Costs are continuously increasing and the vision in the market is unclear, Khattab said.

He added that the Egypt Expo and Convention Authority (EECA) does not adequately support foreign companies to participate in foreign exhibitions.

He noted that the company is currently promoting reflective glass products with an insulation system to reduce the permeability of heat from the sun into buildings.

In 2011, the company started producing this type of glass in one colour—now it produces it in many colours.

The company began to hold meetings with consultation offices, engineers, and architects to keep them posted on the latest technology used in Egypt for this type of glass.

He said that the company is supplying this type of glass to a number of hotels and commercial buildings, including Massa Hotel in the New Administrative Capital and Raya building in 6th of October City.

He said that the sector has many investment opportunities from intermediary factories which obtain the glass panels, then manufacture, and assemble them.

”We need factories with large production capacities, especially as the demand on glass is high, and I expect a significant growth over the next two years,” said Khattab.

The solar energy field in particular can achieve significant growth rates because solar cells, or photovoltaic cells, are electrical devices that convert light energy directly into electricity through the photovoltaic effect.

The problem is that we import the entire cell, which deprives local industries from participating in its production, Khattab said. The reason behind that is the limited number of factories that assemble solar panels.

It would be better to improve the local industries in that field and push for further investments, as the US dollar crisis has rendered many companies unable to import, and the factories are not ready for supplying.

The government should support industry and investment. We have seen some good decisions passed, Khattab said, citing the new exports support programme, including the implementation of the value-added tax (VAT) which will bolster the local industry.

He mentioned that the VAT ratio to the company’s products is roughly 80%, which provides them with a great competitive advantage—especially as the company exports to a number of African countries.

Khattab said that the government should resolve the US dollar problem because it has increased production costs, impacted the industry negatively, and delayed new investments.

Khattab concluded by saying that the International Monetary Fund’s (IMF) loan will contribute to solving the problem if it is used correctly for profitable projects—not for the repayment of bills.

Economist: 'We Are Looking Forward to Years of Growth'
While the overall U.S. economy may see a deceleration in growth in 2022, the North American glass industry can expect “a pretty appealing runway” with “years of growth,” says Connor Lokar, senior forecaster for ITR Economics.
Unelko Corporation listed as an emerging player in “Flat Glass Coatings Market to 2026”
The global flat glass coatings market is forecast to reach USD 5.98 Billion by 2026, according to a new report by Reports and Data.
Adelio Lattuada announces cooperation with Polychem Egypt
Adelio Lattuada would like to introduce their new sole official agent for your area as the company Polychem Egypt.
Sphinx Glass: Rebranding Celebration Contest
We are all excited about our re-branding. This represents a significant step in our company’s evolution.
Sphinx Glass was representing Egypt in glasstec VIRTUAL
Because everything is different this year, Sphinx Glass' attendance at the global glasstec Virtual 2020 happened virtually from 20 to 22 of October.
Join Sphinx Glass at glasstec VIRTUAL
The new leading virtual event for the glass industry is happening today and Sphinx Glass is representing Egypt in the global online fair, Glasstec Virtual Düsseld (Glasstec VIRTUAL 20-22 October 2020)
Sphinx Glass: We have changed our product names
Sphinx Glass changed the names of their Tint range, they will now be known as ISOLITE. As well as their Clear glass, which will be known as TRULITE, with all of its known automotive, silvering, and architectural qualities.
WinDoorEx Middle East 2021 - Designed to help you do business
WinDoorEx Middle East has proven itself as the regional key communication platform for gathering the prominent industry giants and professionals.
Sphinx Glass is supporting Beirut
Sphinx Glass Egypt is stepping up as a force for good to help Beirut to stand up again through donating 125 tons of glass to the Lebanese capital, Beirut.
Guardian Glass launches Glass Technical Library
Articles, videos guide customers working with glass
Window Market in Western Europe in the Dark
Sales in the Western European window market will decrease by 9.8% in 2020 compared to the previous year. This fall in the industry due to the COVID 19 crisis is set to continue unabated in 2021.
Coal Grey The Darkest Glass In Egypt | Sphinx Glass
Offers a sensational, profound dim appearance, expanding visual privacy, and significantly diminishing see-through from inside concealing gadgets.

Brexit – What Does It Mean For The Flat Glass Industry?