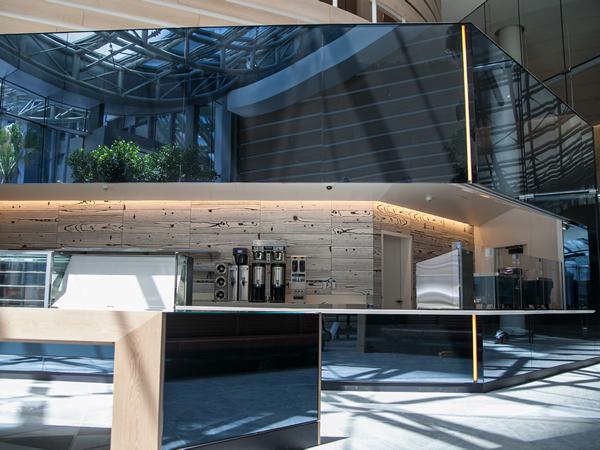 Photo source
Giroux’s work can be seen in the café, where all of the walls are a dark back-painted glass | Photo: girouxglass.com

For one building project, Giroux Glass, Inc. was called in to install the café walls, which are made of dark back-painted glass.

For anyone who’s been in Downtown Los Angeles lately, it’s no surprise to hear that the Downtown area has been undergoing some huge changes. Construction and renovation projects abound, and a number of new buildings have shot up in a short amount of time. 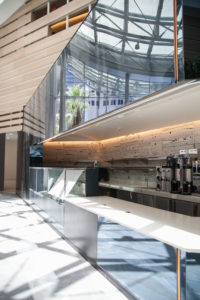 One of the biggest projects recently completed is a skyline changer: the new Wilshire Grand Center.

Now officially the tallest building in the U.S. west of the Mississippi River (for now), the 73-story, 1,100-foot tall skyscraper beats out its downtown neighbor, the U.S. Bank Tower, by 82 feet.

Giroux Glass, Inc. is proud to have worked on both of these city landmarks, including, most recently,  the construction of the Wilshire Grand Center’s lobby café.

The upscale center, which opened this month, will feature retail and office space on the lower floors and an InterContinental hotel on floors 31 to 69.

With the goal of providing all guests the most amazing views the center can offer, the hotel’s lobby is actually situated on the 70th floor, where guests check in before taking the elevator down to their rooms.

Above the hotel on the 71st and 72nd floors are restaurants, and on the 73rd floor, all can enjoy the open-air observation deck and rooftop pool. The hotel has 889 rooms, starting at a rate of $379/night.

The building, funded by Korean Air, is a $1 billion project, designed and overseen by architecture firm, AC Martin. The process started in 2012 with the deconstruction of the former Wilshire Grand Hotel.

By deconstructing the structure, instead of demolishing or imploding, the project was able to recycle about $4 million worth of materials.

Also, keeping with the environmentally-friendly theme, now that the building has been rebuilt, it features exterior LED lighting and a water reclamation system to irrigate its landscaping.

The building is not only environmentally-advanced, but it is also taking advantage of advanced seismic engineering, to protect against earthquakes and high winds.

The building contains a massive central core that stabilizes the building and provides support to the structural elements. The many interesting scientific elements that were incorporated into its construction can be read about HERE.

For one building project, Giroux Glass, Inc. was called in to install the café walls, which are made of dark back-painted glass.

The glass wraps all the way around 360 degrees, with leather benches built into the back side of the café for guests to sit and relax.

The long tables at the front of the café are also made of the same back-painted glass, giving the entire space a cohesive, modern look.

The complex recently opened to the public,  so be sure to check out our glass work at the café, take in the sunlit view, and engage in some people-watching! 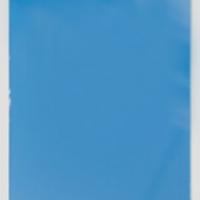