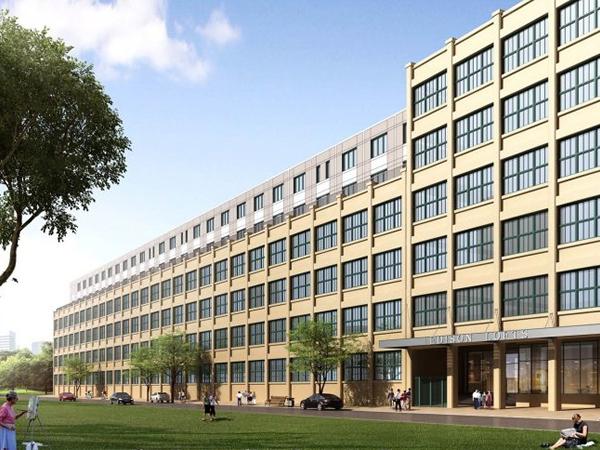 The former Thomas Edison factory complex in West Orange, New Jersey, is on its way to becoming a mixed-use center, serving as the anchor to a large redevelopment on this historic property. Restoring the Edison Storage Battery factory is the the first step of the redevelopment.

In its prime, the area around the factory, at Main Street and Lakeside Avenue, was a center of industry. At its peak, 10,000 workers toiled in dozens of buildings with approximately 850 of them working in the four battery factory buildings.

After Edison’s death in 1931, his business empire slowly crumbled and many of the buildings in the complex went vacant. By the 1960s many of the great American inventor’s businesses had been spun off.

These businesses slowly failed and in the early 1970s, the factories were razed, except for the battery complex, which was added to the National Register of Historic Places in 1996.

As one story goes, a wrecking ball smashed into the building three times, and three times it bounced off the durable Edison Cement, so they decided the building could stay. Various businesses rented small portions of the massive building over the years and by 2003 the old Edison Battery Factory stood vacant and neglected, slowly deteriorating.

The planned building renovations include restoring the facade and replacing the windows that wrap around the buildings, which offer views of the neighboring Edison laboratory and the New York City skyline.

Some of the Battery Factory’s unique features are the 14-to-16-foot ceilings and 10-foot-high windows. Graham is providing nearly 2,500 custom S6800 Series windows to accommodate the historic requirements and the large sizes.

TAP into West Orange reported West Orange Historic Preservation Commission (WOHPC) member Marty Feitlowitz “complimented Prism officials for working closely with the WOHPC on making sure the Edison factory’s windows comported as closely as possible to the original ones.”

Future development will focus on the surrounding 21 acres that once made up the larger Edison complex. Dune Realty Partners is the current developer in charge of the project with ownership transferred to Dune from Prism.

Prism will remain as the general contractor on the project. The site is opposite Edison’s laboratory, which is now part of the Thomas Edison National Historic Park, where visitors can tour his home in nearby Llewellyn Park and learn about his inventions.

Once again Graham is proud to be part of this ambitious adaptive re-use project and to help save a bit of American history. 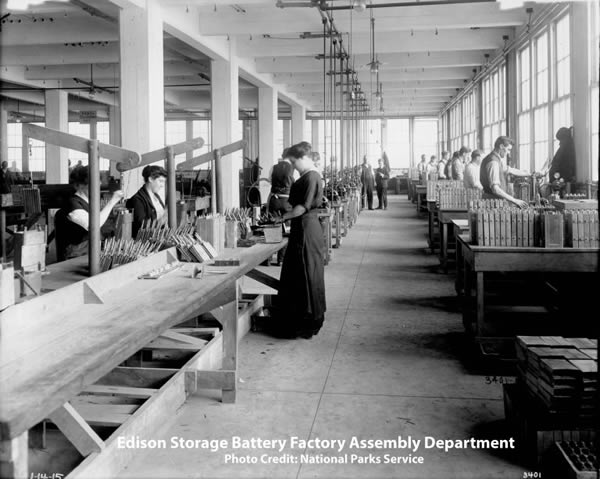 NGA Board of Directors Invite You to GlassBuild America 2021
Members of the NGA Board of Directors sent personalized invitation letters to professionals in the various industry segments they represent.
AGC's Ken Simonson to present on supply chain challenges
At the 2021 Glazing Executives Forum, get the information you need to know about the state of the supply chain from industry expert Ken Simonson, chief economist for the Associated General Contractors of America.
Aug. 17 webinar to review AAMA hardware standards, updates
The Fenestration and Glazing Industry Alliance (FGIA) will host a webinar entitled “AAMA Hardware Standards and Updates” on Tuesday, August 17 at 11:30 a.m. Eastern.
Registration Now Open for FGIA 2021 Virtual Western Region Summit
Registration is now open for the Fenestration and Glazing Industry Alliance's FGIA 2021 Virtual Western Region Summit to be held August 24.
NGA Glazing Executives Forum | Build your backlog, business and bench
Back for its 15th edition on September 13 at GlassBuild America, the Glazing Executives Forum 2021 is focused on providing solutions to build your backlog, business and bench.
National Glass Association Announces New, Reimagined Industry Pavilion for GlassBuild America 2021
Collaborative initiative brings glass, fenestration and construction industry resources together for first time on new GlassBuildTV platform.