Recovery for Global Photovoltaics Market on the Horizon: Promising Outlook for Suppliers 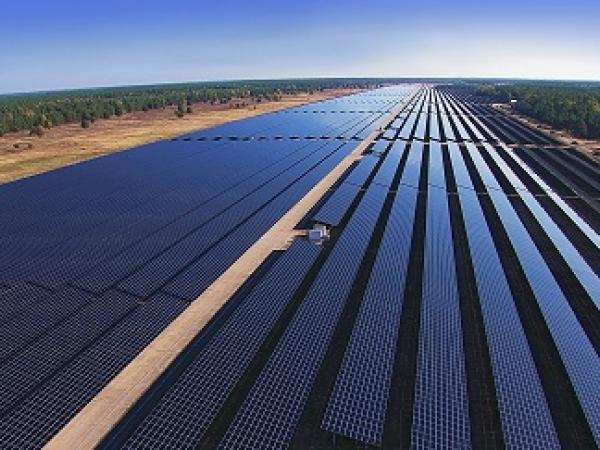 The crisis of the photovoltaic industry is drawing to a close. While it is true demand for solar modules is dropping in Europe, demand in many other regions is rising rapidly.

Even the producers of thin-layer modules which we had been almost “written off” are investing in new factories again. This is good news for the producers of solar glass and production equipment.

The solar industry has changed. As little as five years ago the manufacturers of solar modules were still announcing huge Gigawatt factories while research institutes were outdoing each other with ever new efficiency records. Thanks to abundant subsidies in many European states the total installed PV in Europe quadrupled to 70 GWh between 2008 and 2011. This huge demand made the sector brim with self-confidence.

Today, scarce evidence of this boom can be seen anymore. Many countries with feed-in tariffs for solar power have drastically curtailed subsidy tariffs due to the rapidly rising green energy subsidy costs involved. As a result, the build-up in Europe dropped by almost 40% last year. Subsequently, nearly half the European cell and module manufacturers disappeared from the market and production equipment suppliers started posting losses while solar glass producers and processors lost an important source of income.

However, those keeping their heads above water can now finally hope for better days. This holds particularly true for companies that are already multi-national players. “While Germany runs the risk of a further shrinking market, other countries are increasingly relying on the power of sunlight to make their energy supply safer and more eco-friendly,” says Carsten Körnig, General Manager of the German Solar Industry Association (Bundesverband Solarwirtschaft).

And statistics support Körnig’s view. In Japan and China demand for modules tripled last year and even in the USA it was up by 40%. China has announced it once again plans to considerably increase its targets for solar power build-up – by 2017 the total solar power output installed in the country is to more than triple. On a global scale demand for modules is expected to rise by at least 20% in 2014.

At the same time, China continues to expand its market leadership in module production. According to a study by consulting firm Global Data, modules with a total of 40 Gigawatt will be manufactured in the Asia-Pacific region this year and of these 30 Gigawatt will be produced in China alone. As Global Data Analyst Ankit Methur explains, this means Asia now accounts for 90% of global production.

Quality control: crystalline silicon cells are becoming ever cheaper. One reason for this is the improved properties of cell blanks, the so-called wafers. Photo: SolarWorld AG

This development should play into the hands of solar suppliers. Many of them owe their economic success to the Chinese solar groups ordering equipment worth many billions of Euros for their huge factories in the boom years 2009 to 2011. Back then the export of cell and module manufacturing lines for the Far East accounted for some 80% of sales posted, for firms like Centrotherm and the Schmid Group. As the new capex cycle starts in Asia these companies could see a silver lining on the horizon.

At Centrotherm there are already clear indications of an upswing. After the company was forced to file for insolvency due to poor order levels at the end of 2012, it is now hoping to return into the black again in the current year thanks to new orders from China and Taiwan. Florian Wessendorf, Managing Director of the Association Photovoltaic Production Equipment in the German Engineering Association VDMA, sees a similar development for the other suppliers. “The outlook has clearly improved.” The expert thinks that German firms have clear advantages when it comes to automation and coating technologies. “In these high-tech areas plants made in Germany will also be highly sought after in future.”

In the long term, photovoltaics could also become attractive again for the glass industry, says Timo Feuerbach, speaker at the “Forum Glastechnik” and adds: “At present the situation in the flat glass segment is difficult since producers are struggling with excess capacities. But solar energy is definitely a business for the future.” At glasstec 2014 in Düsseldorf, the world’s largest and most international trade fair in the glass sector, companies will demonstrate their continued focus on photovoltaics from 21 to 24 October 2014. They want to make their contribution to a further reduction in solar power prices, especially by means of thinner solar glass as well as more efficient production and coating techniques.

Innovations in solar glass and solar modules will also be centre stage at the Congress “solar meets glass” at the forthcoming glasstec. Here experts from the solar and glass industries will meet from 20 to 21 October 2014 in order to exchange ideas on the progress made in manufacturing, materials and costs. Experts hope for an even closer alliance between the two sectors. For the time being, solar power can only compete with conventionally generated power in a few regions with abundant sunshine. To change this, PV producers must urgently make further progress in cost cutting – and this is best achieved with help from their suppliers.

Thin-film producers, in particular, have ambitious targets. As the prices of customary silicon modules dropped over the past few years they lost sight of their original aim to oust the comparatively “clumsy” crystalline competitors from the market by means of thin and low-cost coated modules. But the technology, which had almost been discarded, could now be heralding a comeback – and, hence, boost demand for high-tech glass. For instance, thin-film manufacturer and former Q-Cells-subsidiary Calyxo has just put a new 60-Megawatt line for cadmium-telluride (CdTe) into operation in the Eastern German city of Bitterfeld-Wolfen. The company invested EUR 54 million to expand production capacity at the site to a total of 85 Megawatt.

Calyxo had every reason for this capital expenditure. “We will bring down production costs in the medium term to less than US$ 0.50 per watt. We will then be producing at the lowest costs worldwide,” says company boss Florian Holzapfel. To compare: according to US market research company GTM Research, manufacturing costs for crystalline “China modules” currently stand at US$ 0.60 per watt.

View into the furnace: flat glass production requires plenty of power. Therefore manufacturers aim to use less of this expensive energy. Photo: F-Solar

Calyxo’s optimism is based first and foremost on the ambitious announcements made by CdTe pioneer First Solar. In March the Americans announced new expansion and innovation plans triggering an immediate surge in their share price. By 2018 First Solar is planning to nearly double its capacity from its current 1.9 to 3.5 Gigawatt. Economies of scale thanks to higher capacities produced as well as the efficiency increase from 13.2% to 17.2% by 2017 are to “markedly bring down” manufacturing costs for CdTe modules, say First Solar.

The company sees its biggest sales market practically right on the doorstep. Agreed targets specified by the US federal states for renewable energies, the so-called Renewable Portfolio Standards, are forcing some American energy supply utilities to raise their green power levels drastically. The best option, particularly in the sunny south west of the USA, are large solar power plants. These can already produce a kilowatt hour for less than eight cents – cheaper than conventional coal and gas-fired power plants.

Also anticipating a significant rise in sales figures are the producers of CIGS-based, thin-film modules (copper, indium, gallium and selenium). Solar Frontier, a subsidiary of the Japanese Showa Shell group, explained that its CIGS factory with 900 MW in the Southern Japanese city of Kunitomi had been running at full capacity all last year thanks to strong domestic demand.

Now Solar Frontier is planning another 150-MW factory in Northern Japan. In Taiwan the Taiwan Semiconductor Company (TSMC) wants to implement 1 GW of CIGS production capacity. Korean firm Samsung has announced a new 200 MW factory for 2014, which is also to be ramped up to one GW in 2015. The Chinese energy group Hanergy even plans to build 5.25 Gigawatt of new CIGS capacities.

To Bernhard Dimmler, thin-film expert at the Swabian machine manufacturer Manz, companies are pursuing these expansion plans for a good reason: “CIGS hold great potential.” Dimmler refers to “CIGSfab”, a turn-key production line that Manz has offered since 2010. This 150-MW standard factory, he explains, now makes it possible to produce modules with an average efficiency of 14% and production costs of EUR 0.41, i.e. $ 0.57 per Watt. By 2017 Manz intends to optimise its CIGSfab to such a level that modules with up to 17% efficiency can be produced and production costs can be cut again by at least 10%. “This would give us more than a level playing field with crystalline producers,” says Dimmler.

However, market observers believe the catch-up race for thin-layer modules might prove more difficult than its protagonists assume. “You have to take their optimism with a pinch of salt. The race with competitors from the crystalline silicon segment is far from over,” feels analyst Johannes Bernreuter of Bernreuter Research. The fact is, producers of silicon modules are also keen on making rapid progress. February saw Kyocera from Japan and Ja Solar from China announce the production of multi-crystalline record cells with 18.6 and 19% efficiency. On the module level these new cells allow for over 16% efficiency. Both corporate groups already wanted to start commercial production as early as this summer.

In the revised edition of the International Technology Roadmap for Photovoltaics (ITRPV) published in spring, crystalline cell and module producers are outlining approaches for further efficiency increases. According to this information, higher crystal qualities, optimised electrode processes as well as improved charge carrier/conductive emitter and barrier layers can ensure that incident light is used even more efficiently.

At the same time, crystalline manufacturers expect production costs to come down even further. On the one hand, these result from material savings in the wake of efficiency increases and on the other from falling production costs with the advent of new processes helping to reduce cutting losses in silicon wafer production and more sensitive processes allowing the processing of ever thinner wafer and grid fingers/bus bars.

Experts also see further optimisation potential for solar glass. Today, manufacturers are capable of making glass sheets as thin as 2 millimetres while the PV industry is still using solar glass of four millimetres as its standard. In addition, these sheets are also easier to process further thanks to new coating machines. In future, photovoltaic success will increasingly depend on exploiting cost-cutting potential – and the glass industry and equipment will play a key role here.

Glastory: Solar power – a new frontier for glass
A clean, safe and sustainable source of energy, solar continues to power the world at a faster pace than ever before.
Physical properties of SentryGlas® and Butacite®
Originally developed for glazing in hurricane zones, SentryGlas® ionoplast interlayers are significantly stiffer than standard PVBs such as Butacite®.
Post Breakage Strength Testing for Overhead Laminated Glass Applications
Post breakage strength of glass is still an unknown area as analytical models for this are inconclusive so far and thus destructive testing is the only reliable solution.
Redundancy Tests on Glass Fins
The post-breakage behavior of glass beams is not easy to predict, therefore Octatube performed a range of tests on different glass fins varying the test setup.
Structural Behaviour of Glass Panels Under Soft-body Impact
The paper presents an overview of the work completed within the on-going research project “Structural safety of glass components” carried out at the Silesian University of Technology, Lund University and RISE Research Institutes of Sweden.
Thin Glass in Architecture - Possible Applications and Challenges
Thin glass offers a promising prospect for lightweight façades with reduced use of raw materials, also opening up entirely new perspectives for architectural expression. 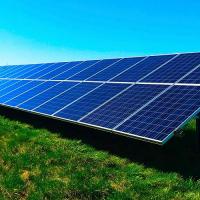 Get Ready for the 24th Annual BEC Conference!