StekloSouz is a partner of the Resource Association 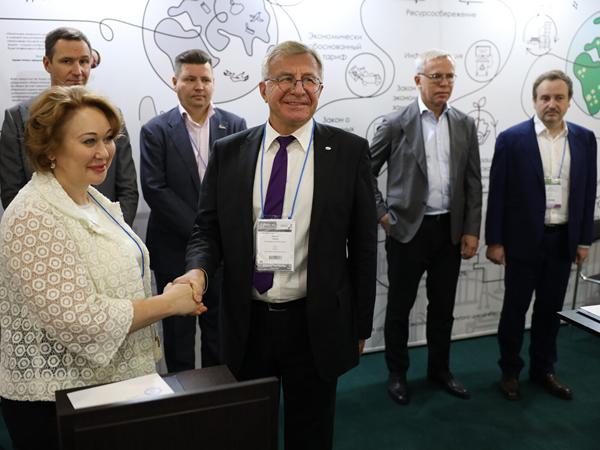 In Russia, the Resource Association for the Promotion of the Circular Economy was launched, with which the StekloSouz Association of Russia signed a Cooperation Agreement.

Also, the partners of the Resource Association are the largest unions of processors, as well as the All-Russian Society for Nature Conservation, with which it is planned to develop a system of environmental control.

Cooperation agreements were signed within the framework of the 13th International Exhibition and Forum on Waste Management, Environmental Technologies and Renewable Energy WasteTech-2021, which took place in Moscow on September 7-9.

The objectives of the Resource Association at the first stage will be to disseminate positive experience, fight for economically justified tariffs, involve recyclables in the economic and economic turnover, and reduce landfill disposal, its executive director Albina Dudareva told FederalPress.

Technology at the level

The partners of the 13th International Exhibition and Forum on Waste Management, Environmental Technologies and Renewable Energy WasteTech-2021 were the Resource Association and the Russian Environmental Operator PPK, which held two key sections - the plenary session "Modern environmental technologies - a vector of sustainable development" and a profile session "Circular Economy".

“The purpose of this event is the technological development of the waste management industry. The implementation of the national project "Ecology" today should not go just in words. Achievement of the target indicators - 100% of waste treatment and 50% of their recycling - is impossible without efficient modern equipment. It is also possible to enter a circular economy only through new technologies, says Albina Dudareva. 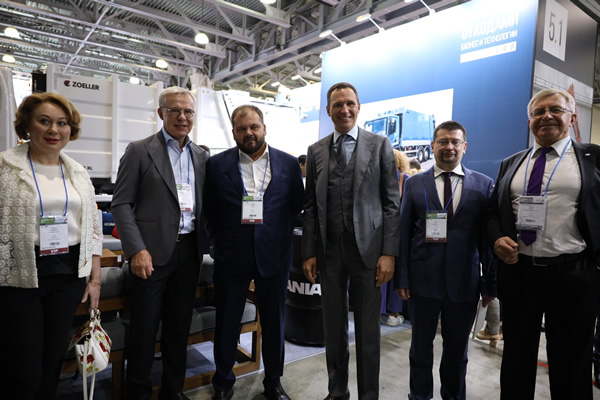 For those who today are on the verge of making a technological decision, it is very important to learn about where to go, about economic support measures from the state, she said. This is what the events of the business program were devoted to. Representatives of the scientific community spoke about the processes that allow for more efficient waste processing. Regions - about how their industry is developing. For example, Ilya Gudkov, First Deputy General Director of Nevsky Ecological Operator, said that after assessing the economic efficiency of various waste management scenarios, it was decided to abandon the use of waste as a fuel for energy production.

One of the most important problems facing the industry is the establishment of economically justified tariffs for waste management. For example, Dudareva laments, today the operator's costs include only 1% for tanks, despite the fact that a lot of tanks are required. The norms of working by regional energy commissions are taken into account according to outdated documents, other costs are not taken into account.

There are also exaggerated sanitary requirements. “Why do we have to take out the waste every day? This is required by the norms left over from the 1980s. But back then, the garbage consisted mostly of organic waste, and that was relevant. Today this requirement is outdated, let's revise it, these are our costs, ”urges the head of“ Resource ”.

Despite the prevailing public perception that waste recycling is a gold mine, in fact, there is not much money to finance the industry, even when it comes to valuable raw materials. For example, a ton of PET (the material from which plastic bottles are made) costs up to 50 thousand rubles on the market. However, even it is far from being fully assembled.

"Why? It is lightweight, only about 300 kg is included in one car, it turns out to be unprofitable. Of course, someone has to pay to get the whole thing going. Therefore, extended producer responsibility (EPR) is so important, which includes the costs of packaging disposal, explains Albina Dudareva.

Denis Butsaev, general director of the Russian Ecological Operator PPK, also said that without the introduction of EPR, the development of waste processing is impossible. According to him, out of 60 million tons of garbage that Russian citizens throw away annually, about 20 million tons are sorted. However, 12 million of them are taken back to landfills due to the lack of processing capacity. “In fact, we are currently recycling 4.5 - 5% of the collected waste. Meanwhile, by 2023, 80% of the capacity of the existing landfills will be exhausted, and there is simply nowhere to build new ones, ”Butsaev said.

Even where good results have been achieved, such as recycling scrap metal, outdated and redundant requirements need to be eliminated. For example, when delivering metal or waste paper for processing, citizens must pay personal income tax. “Nobody wants and will not get involved with this. I hope our association will be able to promote this issue as well, ”says the head of the“ Resource ”.

Another, most important, task of the Resource Association is the dissemination of responsible behavioral patterns in society. “To this end, we signed an agreement with one of the most authoritative organizations in Russia, headed by the great hockey player Vyacheslav Fetisov - the All-Russian Society for the Conservation of Nature. We will develop public environmental control together - said Albina Dudareva. 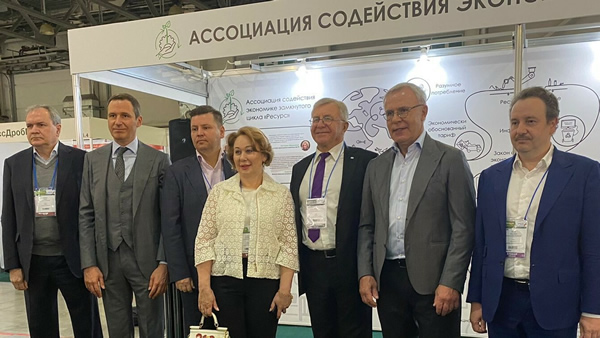 Viktor Osipov, President of the StekloSouz Association, said that the signed agreement will promote socially significant initiatives aimed at transitioning to a circular economy, stimulating the reuse of the maximum amount of recyclable materials, and developing waste processing and disposal.

600450
steklosouz.ru
StekloSouz is a partner of the Resource Association glassonweb.com

Destination: Fensterbau | Fenestration Canada
Fenestration Canada is hosting a Fensterbau 2022 Tour during Fensterbau Frontale in Nuremberg, Germany.
36th Sisecam Glass Symposium
We are pleased to announce that the “36th Şişecam Glass Symposium” with the theme ”Glass is Future” will be held online on November 12, 2021.
ACerS 123rd Annual Meeting at MS&T21 highlights ACerS commitment to diversity
For the first time in two years, people were able to gather once more in-person for the Materials Science & Technology technical meeting and exhibition.
TurkishGlass presents at ZAK Turkey 2021
TurkishGlass is excited to participate in ZAK World of Façades Turkey as a presenting partner on October 27th in Istanbul.
PiGs Birmingham 2021
Following the incredible turnout at Manchester PiGs in August, Birmingham PiGs is set be a massive success on 4 November at Revolution du Cuba on Temple Street.
EESC plenary approves the opinion on European Glass Industry
The EESC – European Economic and Social Forum has approved the opinion “Glass in Europe at a crossroads: delivering a greener, energy-efficient industry, while enhancing competitiveness and maintaining quality jobs”.
Glasstech Asia X Perafi Webinar #4 | Registration open!
Glasstech Asia x PERAFI is back with an exciting and brand-new topic: Digitalisation & the Future of Façades.
83rd GPC Call for Abstracts - Glass Problems Conference
Deadline for submission of abstracts is January 14, 2022
Thirsty Thursday: Code Regulations for Existing Buildings
Thirsty Thursday returns October 28th with "Code Regulations for Existing Buildings" presented by Thom Zaremba.
EU industry calls for action to address the rise of energy prices
Glass for Europe supports the EU industry’s calls for immediate action to address the steep rise of energy prices.
Pujol Group introduces the new i-ON by Pujol website
The new website is available in 3 languages: Spanish, English, and French.
Glass Focus 2021 awards shortlist announced
The shortlist for the annual Glass Focus awards has been announced.