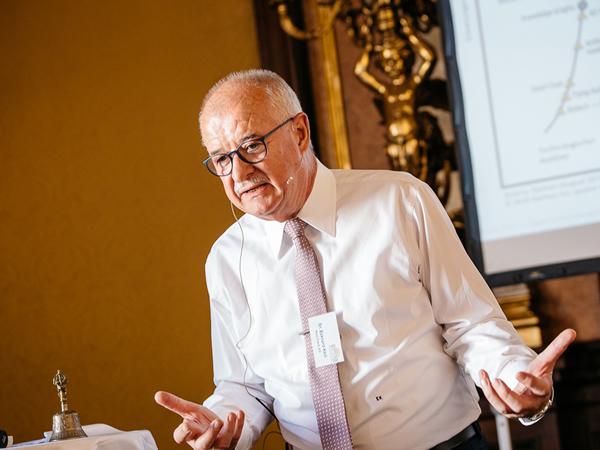 “For every last one of us, political, economical, socio-cultural, environmental and legal factors have a greater influence on our window businesses than the latest design studies for a smart window from Asia.” And: “The windows of the future don’t care about technology”.

With this summary, Dr Eckhard Keill concluded his contribution to the debate at the “1st Vienna Window Convention”, which took place on 27th / 28th June 2019 in the Austrian capital.

In his presentation, the Sole Chairman of Roto Frank Holding AG looked towards the future of windows from the viewpoint of a hardware manufacturer and, among other aspects, pleaded for well-founded environmental, country and customer segment analyses. While it is clear that windows will have a future, he stated that there would be no one window of the future.

The market research company Interconnection Consulting, who organised the event, reported that more than 160 trade representatives from several European countries visited the convention. Roto welcomed the initiative with its motto “Window Visions / Window Visionaries”, as it offered companies the chance to open themselves up to new concepts and ideas away from daily business.

This is important, as the “windows of the future” would also shape the “sector of the future”. “That is why we will actively communicate our thoughts on this topic in the coming weeks and months,” Keill announced on behalf of the hardware expert.

600450
ftt.roto-frank.com
How to ensure a strong future for the window sector - 1st Vienna Window Convention glassonweb.com

All-glass optics thought around the corner | sedak
All-glass optics not only for facades, but also for glass roofs.
Polflam: Fire Academy
With the pandemic-related restrictions being lifted, we are gradually relaunching our training activities – in Poland and abroad. More and more dates are being fixed for events that had to be postponed.
GIMAV General Assembly: new Officers, new image, Vitrum to boost industry's global competitive edge
The Association’s newly-elected team of leaders for the next biennium; presentation of the new visual identity for GIMAV and VITRUM.
Glas Trösch Group: Healthy daylight, free solar heating and excellent thermal insulation
Healthy daylight, free solar heating, excellent thermal insulation and an unimpeded view of nature: these are the attributes of the modern wood and glass house whose expansive glass façades make nature a constant companion.
Facade Tectonics 2020 World Congress
Face Time 2020: Better Buildings through Better Skins
Laminated glass with Saflex® Structural has construction benefits in Germany
Saflex® Structural (DG) receives aBG from the DIBt