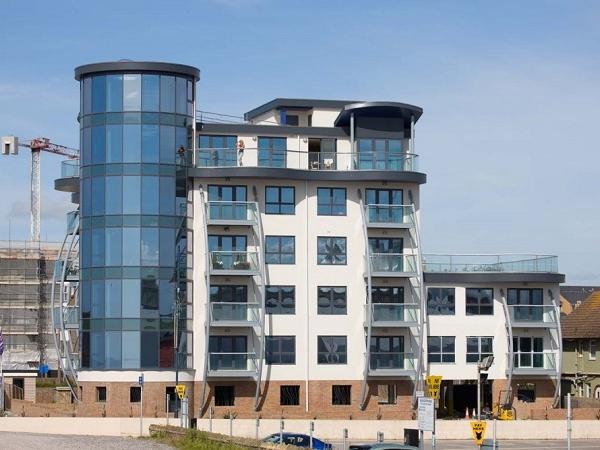 Local developers have awarded Hazlemere Commercial a prestigious contract to survey, manufacture and install all the new aluminium windows and doors for one of the new mixed use blocks next to the Eden Centre in High Wycombe.

Local developers, specialising in substantial mixed use new build projects have awarded Hazlemere Commercial a prestigious contract to survey, manufacture and install all the new aluminium windows and doors for one of the new mixed use blocks next to the Eden Centre in High Wycombe.

This new build aluminium fenestration contract for a tad under £1m, is the first time Hazlemere Commercial have partnered with the site developers.

Hazlemere Commercial have a track record of fabricating and installing aluminium windows and doors for residential schemes next to shopping centres in High Wycombe, including on the Wycombe Marsh Retail Park, adjacent to the A40 where Hazlemere Commercial provided all fenestration requirements for a new-build residential development comprising of 35 flats for Block C, as well as for 4 cottages. See image below.

The site developers have already built several large new build residential apartment blocks adjacent to the Eden Centre in the town centre using UPVC double glazed windows, but have selected Hazlemere Commercial’s aluminium double glazed windows and doors for an entire block, including all the Ground Floor Treatments, which is due for completion in Summer 2019.

Hazlemere have been trading since April 1985, so have decades of experience and expertise supplying and fitting bespoke windows, doors and curtain walling for both new build and refurbishment projects.

Hazlemere Commercial were able to show the developer of the site next to High Wycombe Eden Shopping Centre their track record on delivering substantial new build projects, on time and on budget, including the luxury new build residential apartments at Compass Point, Bognor Regis in West Sussex, which overlooks the English Channel. See image above. 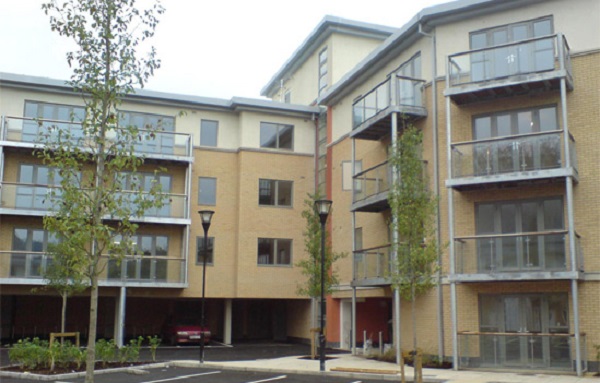 Technology leap with A+W software at GVG Deggendorf
Networked, digital, more efficient
Glazing Summit to tackle the big questions around sustainability
Although tackling climate change has been moving up the agenda for some time, it is now taking centre-stage as the world moves to a sustainable future.
Body Language Expert Janine Driver Reprising Role as Keynote Speaker at FGIA Hybrid Fall Conference
Author and body language expert Janine Driver will reprise her role as event keynote speaker at the 2021 Fenestration and Glazing Industry Alliance Hybrid Fall Conference October 18-21.
Over 75% of space allocated for FIT Show 2022
FIT Show organisers have confirmed that over 75% of space has now been allocated for its new May 10 - 12, 2022 dates.
Escalating supply chain crisis to top Glazing Summit agenda
The glazing industry has lurched from one crisis to another, from the impact of lockdown to the floodgates opening to an under-prepared industry.
GlassBuild America 2021 Exceeds Expectations
Attendees and exhibitors showed up in force last week in Atlanta
GlassBuild America Day 3 Recap Video
The sights and sounds from the last day of the 2021 edition of GlassBuild America in Atlanta, GA.
Windows, Doors & Facades Event and Gulf Glass were a huge success
Windows, Doors & Facades Event and Gulf Glass come to a successful close with 1,200+ exhibitors participating from all over the world.
Sights & Sounds of GlassBuild America
Back to Business. Back to GlassBuild.
GlassBuild America 2021 Day 2
See all the happenings from the floor of GlassBuild America 2021 in Atlanta, GA.
GlassBuild America 2021 Day 1
The sights and sounds from the 2021 edition of GlassBuild day 1 from Atlanta, GA.
A+W Smart Companion: Still more clever functions
Stock management, inventory, and technical rack inspection: Now A+W Smart Companion can do even more