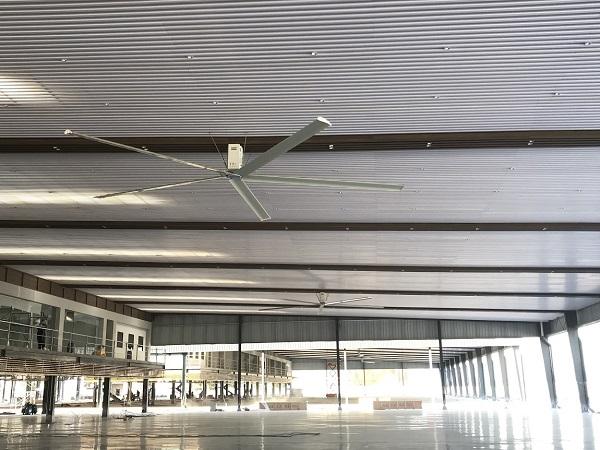 In the new round of industrial revolution, early in 2014, NorthGlass Fan Corporation put forward such a concept for the first time: breaking through the old-fashioned industrialization pattern, dedicating to building “green factory”.

In the second session of the 13th National People's Congress, Premier Li Keqiang presented the report on the work of the government and put forward ten tasks that need to be well done in 2019, especially the pollution prevention, ecological construction and green development promotion.

Since the reform and opening up, the level of industrialization of our country has been greatly improved, but on the whole being characterized with high cost, high energy consumption and heavy pollution. In the new round of industrial revolution, early in 2014, NorthGlass Fan Corporation put forward such a concept for the first time: breaking through the old-fashioned industrialization pattern, dedicating to building “green factory”.

Being propped up by this concept, the designers of the company introduced NUMECA fluid analysis software to develop and produce a whole-new ventilation and cooling equipment — HVLS fan based on the three-dimensional reconstruction by Solidworks and verification by FEM finite element analysis, so as to solve the ventilating and cooling problem in workshops to effectively improve the workers’ working environment and meanwhile greatly reduce the energy consumption.

By virtue of the brand influence of NorthGlass, as well as strict technical standards and quality requirements of the company, when the HVLS fan product was rolled out, it became very popular with customers and have been sought after in the market, getting large-account orders from China Resources Vanguard, Deppon Express, Budweiser Beer, Great Wall Automobile, FAW-Volkswagen, Ray Walter Automobile, etc..

It is the innovation spirit that promotes the company’s rapid development. In 2019, the company further applied the “carbon fiber” on the HVLS fan, breaking the limits of the weight and energy consumption of the traditional fan products and redefining “large energy-saving fan”.

With the sustainable and rapid development of China economy as well as the continuous carrying forward of the urbanization and industrialization, the environment pollution is becoming more and more serious. With more attention on the environment protection from the government, a series of related policies and standards have been released in recent years and environmental supervision has been carried out in almost every region and county.

Under such as background, the industry upgrading is imperative by continuously enhancing technologies. It also boosted the development of the environment protection industry, especially the air-pollution control market.

At the end of November in 2018, NorthGlass Fan Corporation officially established a secondary business unit: Environment Protection BU, with its concept of “green factory” practicing farther and farther.

Sticking to the idea of green development, keeping pulling together the technology innovation, structural reform and market needs. NorthGlass Fan Corporation will find a new path step and step for the green and innovative development. 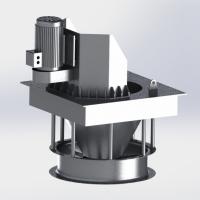 The Psychology of Perception, Threshold, and Emotion in Interior Glass Design