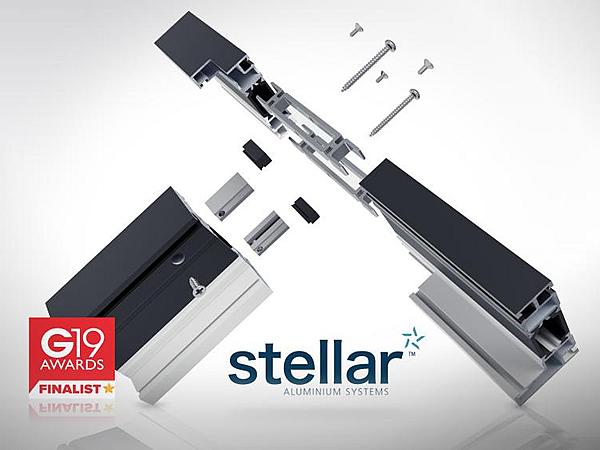 Gerald Allen, Marketing Manager at Epwin Window Systems, said: “The G Awards celebrate excellence in the window industry so we are delighted to have received these nominations. They reflect the hard work of our in-house teams and fabrication and installation partners.”

The systems house has been nominated in the New Product of the Year category for Stellar, its innovative new aluminium window and door system. It was designed from the ground up specifically for the retail and light commercial sectors and offers unique features that enable fabricators and installers to tap into the recent resurgence of the aluminium sector.

There is also a nomination in the Promotional Campaign of the Year for Stellar. The powerful, attention-grabbing campaign was based around the theme of space and the launch of a new star performer.

Finally, the systems house has been nominated twice in the Commercial Project of the Year category which showcase the design excellence of their products.

The G Awards are the industry’s premier event for the glass and glazing industry. The winners will be announced the G19 Awards Presentation & Gala Dinner on Friday 29 November at the prestigious London Hilton on Park Lane.

Antonio Ortega, CEO of Turomas, awarded as the best manager of Teruel by ADEA
Antonio Ortega, won the award for the best manager in Teruel in the XII Edition of the ADEA Awards.
Nominate Candidates for Jorma Vitkala Award of Merit!
GPD 2021 was postponed because of the COVID-19 to February 16. - 18. 2022. Due to the 8-month delay, we have reopened the JVAM Award nomination candidate form until January 10, 2022.
FLACHGLAS Wernberg: Innovations thanks to A+W Software
FLACHGLAS Wernberg is completely fit for the future with its new A+W software solution
Sergey Alyokhin: Forum on Translucent Structures, Windows, Facades and Doors
There is need for uniform rules and standards for facade curtain systems and translucent facades
Buy Five, Get One Free | Group Discounts Available for FenestrationMasters
As companies plan their finances and goals for the coming year, now is the ideal time to consider room in training budgets for the FGIA FenestrationMasters® Professional Certification Program.
Thermoseal Group Wins G21 Best Component Supplier Award
At the Glass and Glazing Industry’s prestigious G21 event at the Hilton on Park Lane on 26th November, the Thermoseal Group team were presented with the ‘Best Component Supplier’ Award.
Renaud Schmitt Rejoins A+W Software
Renaud Schmitt rejoins the A+W Software team as a Cantor Customer Support Specialist.
Vitro Architectural Glass Earns Top 25 Product Recognition from retrofit
Vitro Architectural Glass announced that Titan glass, a new oversized glass product for large-scale exterior insulating glass units (IGUs), will be included in retrofit’s Top 25 Products special.
Architects‘ Darling: Bronze for OKALUX
“Crossing our fingers” was worth it. OKAfree and with it OKALUX have won Bronze in this year’s Architects‘ Darling Award 2021. OKALUX faced the jury of this award, which was presented for the eleventh time, for the first time.
Science and Innovation delivers climate solutions at COP26
Senior officials from both UK Research and Innovation (UKRI) and The Department for Business, Energy and Industrial Strategy (BEIS) visited COP26 on Science and Innovation Day.
Winners revealed for annual Glass Focus awards
This year’s winners of the Glass Focus Awards were revealed at a glitzy black-tie event at Hotel Brooklyn in Manchester.
Thermoseal Group Wins Spacer Bar Manufacturer of the Year for the 2nd Year in a Row!
The Group also won the award in 2020 and back in 2017.