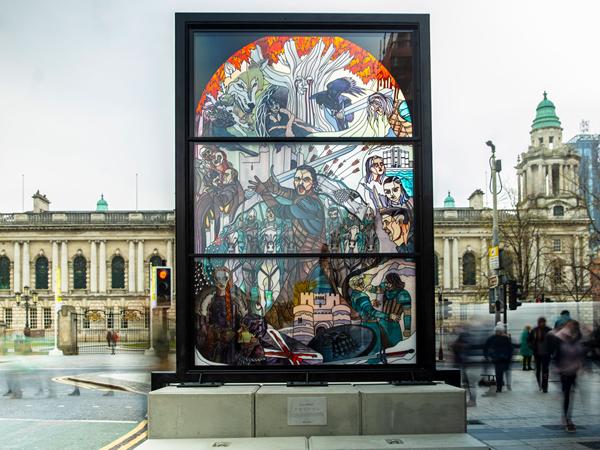 Tourism Ireland has launched a new campaign for the latest and final season of Game of Thrones in Belfast, where a large section of the shows production took place.

Publicis London invited Creative Resins to help create the “Glass of Thrones” – a series of stained-glass installations, the first of which can be seen in the grounds of Belfast City Hall. There will be a further five equalling six in total, creating a “fan trail” across the city. 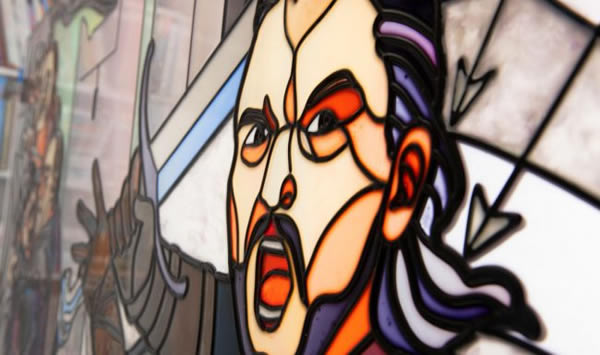 Driven by fan search data, the windows creatively depict the most loved and talked about moments from the show from the past 9 years. Publicis London has previously worked with illustrators and local artists to create and install Doors of Thrones, in which a series of 10 carved doors which represented a specific episode from season six were installed in pubs around the country. They also worked on a stunning 80-metre Bayeux Tapestry which is hung in the Ulster Museum in Belfast.

View the full teaser video of the making of the Glass of Thrones!

“Creative Resins were thrilled to have been invited to take part in the latest project which involved creating six beautiful free-standing stained-glass windows, each representing one of the show’s iconic houses. Game of Thrones® is one of, if not the biggest TV shows of all time. To help be part of a project commemorating the final series and to help produce such stunning artwork was really an honour” said Patrick Sumner, Director at Creative Resins. 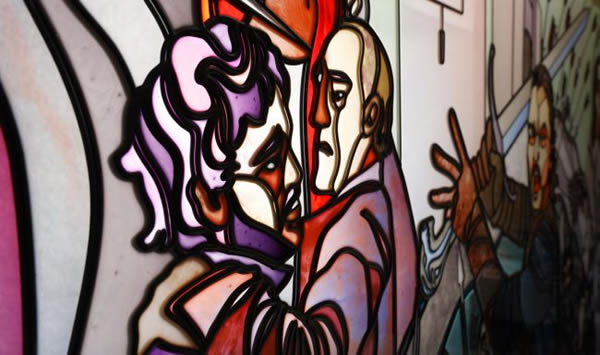 The Creative Resins Wizard Machine was used to create the outline resembling traditional lead, the machine applies our unique H2O resin as a liquid that cures and hardens to the glass.

Creative Resins mixed and supplied a combinations of resins to create the decorative leading effect that was then supplied to an expert artist, who mixed each window’s detailed colour palette. Our machine technician Liam Sawyer who ran the glass panels said, ‘I love Game of Thrones, and as an avid viewer it was an honour to be involved in such an amazing project’.

BUDMA 2022
The 4 largest exhibition halls of the MTP Poznań Expo will be filled with construction novelties and market premieres, products that will set trends in 2022!
FIT Show supports Fensterbau 2022 postponement
FIT Show event director Nickie West responds to the announcement that Fensterbau Frontale has been delayed from March 29 - April 1 until 12 - 15 July 2022.
Post Show Report: Windows, Doors and Facades Event and Gulf Glass 2021
In 2021, Windows, Doors & Facades Event (WDF) and Gulf Glass took place alongside The Big 5, bringing the entire construction industry face to face again.
Glass Futures’ latest opportunity to showcase your newest technologies, R&D and training
Glass Futures would like you to be part of a great opportunity in supporting the industry in the form of an IS machine/ancillaries to showcase at our brand new facility.
British Glass celebrates the start of the International Year of Glass
British Glass and the rest of the UK glass industry are delighted to be celebrating the UN’s International Year of Glass throughout 2022.
Glass Futures online workshop
Glass Futures is holding a workshop to identify sustainability challenges and opportunities in glass manufacturing in the UK and India.