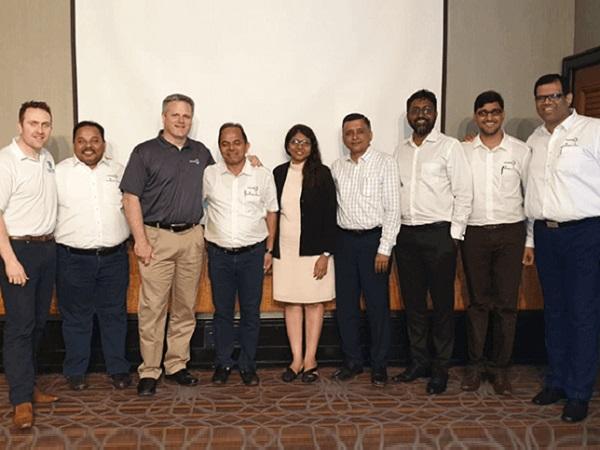 Fast-growing supplier Archintex has been acquired by one of the world’s leading hardware businesses.

130 year-old Caldwell recently formed Caldwell South-East Asia as part of an ambitious drive for growth in the region.

Archintex already supplies Caldwell’s Cotswold hardware to companies right across the country – and that made acquiring it a natural next step.

“We’ve been working closely with the Archintex senior team for years now. They know our products, they know the market, and that’s why they’re the perfect partners for us as we seek to expand our presence in India. By combining their unmatched local knowledge with our global expertise, we’re confident we’ve got a formula for rapid growth. Together, we want to bring an even wider range of products to Indian fenestration businesses, and further streamline the distribution of Cotswold hardware around the country.”

Caldwell has big plans for the region. Further investment will see it become a key technology hub helping the company develop partners across Asia.

“Window manufacturers all over the world have found success using Caldwell-branded products. Now, we’re delighted to be bringing more of them to one of the fastest-growing markets in the world. India is set to grow 7.3% this year and 7.5% the next – that’s faster than China. By 2050, it’s expected to overtake America as the second-biggest economic power on Earth. And most excitingly of all, much of that growth will come from construction. The government’s Housing for All initiative will see hundreds of thousands of homes built in the next few years. That’s a huge opportunity for Indian window and door manufacturers – and it’s our job to equip them with everything they need to take advantage of it.”

Founded in Rochester, New York over 130 years ago, today Caldwell is a world-leading window hardware supplier. Its products, including those from its respected Cotswold brand, are used by major fenestration businesses all around the globe.

CMS is classified among the top 10 entrepreneurial excellences of Bergamo
CMS is classified among the top 10 entrepreneurial excellences of Bergamo in the "Machinery and Equipment" industry.
NGA Provides New Resource on Security Glazing
Glass Technical Paper offers guidance to select proper security glazing for applicable threat level.
Cottrill & Co - 2 Online Auction Sales !!!
Cottrill & Co. offers two very unique online auctions. Lisec, Bystronic, Tamglass, Hegla and other machinery.
The benchmark for machining large pieces of glass: profile | CMS SpA
Urban environments are undergoing drastic changes. The limited space available is being exploited vertically and, in order to streamline the structures, there is a surge in the use of glass.
Industry gets back to FIT! Record levels of commitment in June
FIT Show organisers have reported record stand sales throughout the month of June for its May 25-27, 2021 event.
Glas Trösch Group: Healthy daylight, free solar heating and excellent thermal insulation
Healthy daylight, free solar heating, excellent thermal insulation and an unimpeded view of nature: these are the attributes of the modern wood and glass house whose expansive glass façades make nature a constant companion.