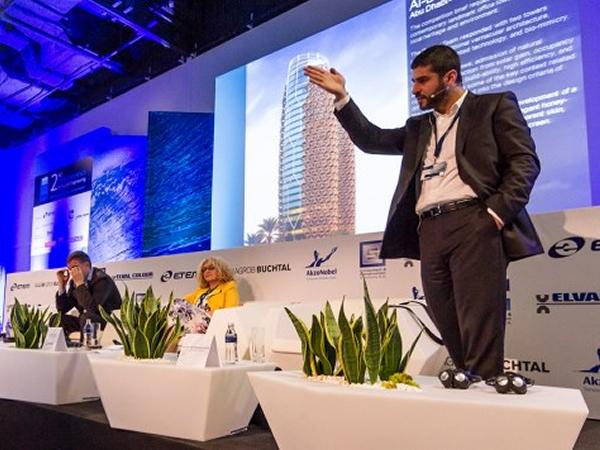 ETEM: What made you decide to become an architect/engineer?

A.K.: I have always been passionate about forms and colours and what things are made of. As a child, I often found myself picking up a pencil to sketch the things that I visualise in my mind, and I would later do physical models to express those visions more tangibly. I guess I took a spontaneous and un­planned path to becoming an architectural engineer.

ETEM: Which are now the trends in façades?

ETEM: How would you define your signature style?

A.K.: I’d rather be known for a signature approach as op­posed to a signature style. I am a student of nature which offers many lessons and brilliant examples in terms of beau­ty, functionality, sustainability and adaptivity which we can draw upon to inspire our designs. That said, the signature approach is being considerate, responsive, and adaptive to resolving any design, engineering and construction challenge.

ETEM: Regarding the state of the planet in the face of climate changes many people are very pessimistic about the future. How do you see the urban building of the future?

A.K.: Climate change is a natural cycle that our planet con­tinuously goes through. What is more concerning is the direct destruction of nature that we practice as a result of abusing and over-consuming our planet’s natural resources in a highly irresponsible and unsustainable manner.

Mass deforestation due to cutting down trees in huge numbers, water and air pollution due to the use of large quantities of toxic chemi­cals, and contamination due to radioactive emissions are a few yet highly critical and more urgent issues that we face – none of which is a result of climate change, but perhaps the other way round.

That said, we need to rethink urban planning (macro-scale) and building design (micro-scale) in a way to avoid wasteful solutions and cut down on the use of construction materials and methods that result in unsustain­able consumption of natural resources and in emitting toxic chemicals that pollute our environment.

ETEM: The engineering progress and the dis­covery of new materials in the past decade are enormous. However, are there specific forms or shapes which are still impossible to build in the conditions of modern technologies?

Every era will always have its limitations because inven­tions and solutions will always be trailing ideas and visions.

A.K.: The Al-Bahr Towers is one of the most chal­lenging projects that I have designed and delivered due to its highly complex nature and context.

ETEM: What is your advice for young architects?

A.K.: Architecture requires highly driven and creative yet high­ly conscious and conscientious individuals. The buildings that you will design and eventually build will have a direct impact on their inhabitants and everything else that surrounds them for decades to come.

Contrary to the stereotypical ego-cen­tric and highly subjective attitude that mainstream architects tend to portray – it is a great responsibility that requires a lot of humility and consideration.

ETEM: What to expect from you in the near future?

A.K.: The world is experiencing major geopolitical and eco­nomic changes which are directly impacting the building in­dustry.

My role as an architectural engineering consultant is becoming more like a martial artist, where positioning myself in the right place at the right time and preparing myself for the next move is most critical in order to steer any decision in the right direction.

In that respect, you would expect to see my role and position evolving in the near future in order to adapt to the paradigm shift that the industry is currently experiencing.

Sparklike: Why calibrate and service your quality control equipment annually?