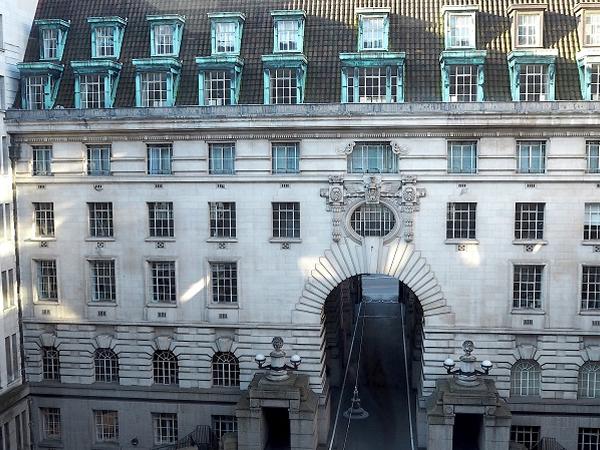 County Hall on the Southbank of the Thames is one of the capital’s most notable buildings, having continued to fulfil many roles since the departure of the GLC; and has twice been the focus for far-reaching restoration work involving one of the Steel Window Association’s members.

London-based, Associated Steel Window Services (ASWS), specialises in the repair and restoration of steel and other metal windows, including heritage work, a skillset which led to the company being awarded the original contract encompassing the whole of County Hall twenty years ago.

Now, with the vast property having multiple occupants including two hotels, an aquarium and various other commercial tenants, ASWS has undertaken two more phases of work on behalf of KPS Partnerships; a fit-out specialist creating a high-spec conference centres. RHWL was the renowned firm of architects leading the design and heritage work.

The scope of the SWA member’s involvement, carried out in two phases starting in 2016, focused on the in-situ overhaul of the large medium-Universal frames, across two floors of the Grade II listed façades and around some of the structure’s numerous light-wells. The team of four operatives, plus the supervisor who had been involved on the original contract early in his career, refurbished nearly 200 windows, while also installing new ironmongery to match the original design aesthetic.

Following on from the success of this, KPS again invited ASWS to tender for another phase last year, where the contractor was fitting out Level 3 to create the venue’s ancillary spaces. An additional 116 windows, including 261 opening lights were refurbished, while some 500 pieces of new ironmongery were fitted. In addition, ASWS supplied and installed new windows to replicate a number of original badly corroded windows.

Simon Stillwell of KPS Partnership commented, “Our role on the latest contract was to take the space from a shell right through to handing over the full County Hall conference centre, including creating the kitchen, restaurant and washrooms, and managing all the specialist sub-contracts. ASWS proved to be very adaptable and we were really pleased with the first phase, so we invited them to tender again for the second. I was very impressed with the level of service - always proactive. Also given the length and complexity, it was great that they kept the same fitters on site throughout.”

Katrina Bennell from ASWS added, “This was an interesting challenge for us, not just because of our past involvement, but also because of the scale of the building. Some parts had remained unoccupied since our first involvement twenty years ago, and you could still see our original colour coded stickers within the reveals to the windows, which actually helped our current team with identifying different openings.”

Members of the Steel Window Association offer a UK wide service for the repair and replacement of various types of old metal windows, doors and screens, as well as being able to manufacture new fenestration which fully meets the requirements of the Building Regulations. Choosing an SWA member to manufacture and install steel windows and doors ensures that the highest standard of fabrication, Installation and customer service is achieved.

Guardian Glass Project: Basque Health Department Headquarters
Designed by architect Juan Coll-Barreu, the headquarters building of the Basque Health Department in Bilbao, Spain, is a fantastic prism of glass and steel.
glasstec 2020 postponed
The effects of the Coronavirus have now also impacted glasstec 2020, which will be postponed to 15 to 18 June 2021.
Anonymous Industry Donor Bolsters NGA Foundation
Additional funds donated to extend MyGlassClass.com courses at no cost to the industry.
VDMA - From start to finish - Virtual production processes are optimising the glass industry
Digitalisation in production is continuing unabated, with monitors, sensors, cameras and server farms becoming characteristics of modern production halls.
GIMAV states: no Exhibitions in 2020, but the 2021 calendar must be followed
GIMAV official statement gathers the Companies position: “participating in Exhibitions during 2020 is nonsense” and sends a message to the Organizers: “avoid an overcrowded calendar in 2021”.
FIT Show 2021 - The countdown is on!
It’s official, the countdown to FIT Show 2021 is on. And we want you to be part of FIT!