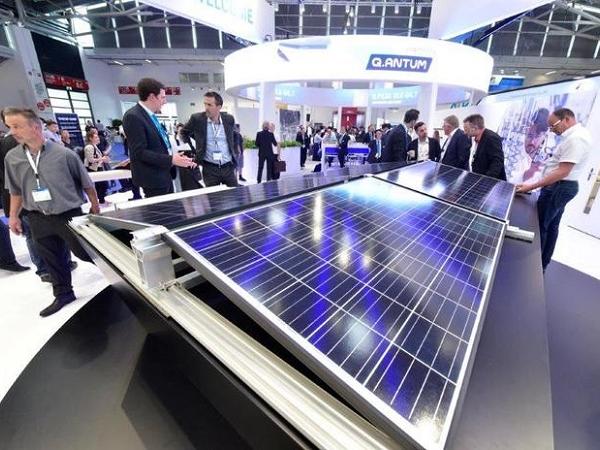 The global photovoltaics (PV) market is gathering speed: 2018 is likely to see annual PV deployment pass the 100 gigawatt (GW) mark for the first time, according to the latest analysis from GTM Research.

Europe in particular is witnessing a new PV boom. In 2018, experts expect deployment to exceed 10 GW for the first time in years. Last year the European solar market already recorded annual growth of 28 percent, based on deployment of 8.61 GW.

The European market is primarily driven by tenders and power purchase agreements, where PV scores points thanks to its low cost. The advantages of solar power self-consumption are also bolstering growth.

Intersolar Europe will shine a light on new developments in the PV market and the changes that are energizing it, from June 20-22, 2018 in Munich. This year, the international industry event will be taking place alongside other energy exhibitions for the first time under the umbrella of The smarter E Europe.

The European solar market is poised for a renaissance. In 2018, growth of more than 30 percent is expected - in Germany and also, in particular, in the Netherlands, Spain and France. In Spain and the Netherlands, 2018 will see deployment exceed one gigawatt for the first time.

Larger PV plants with a capacity of just under 4 GW are also planned in Spain before the end of 2019. Behind these advances is the growing success of photovoltaics as an economical alternative to wind power in public tenders.

Sunny days are also on the horizon for France, where solar power plants with a capacity of roughly 20 GW are to be set up by the year 2023. Alongside large PV power plants, the country also supports smaller installations and on-site consumption via public tenders.

The upturn in Europe has a number of contributing factors. Market developments are becoming less and less dependent on state incentive programs. They are benefiting instead from falling costs and technical advances.

Furthermore, new business and marketing models such as power purchase agreements, tenant power and sector coupling are generating new areas of business. The brighter prospects for growth are also due to an increasing commitment to solar power on the part of utilities such as EDF, Enel, E.ON, innogy, Statoil and Vattenfall.

And political incentives too are becoming increasingly common across Europe with the use of public tenders, net metering and decentralized "citizen power" generation. In France, for example, the annual capacity of PV tenders is set to rise to 2.45 GW starting in 2018.

In Italy, as in other countries, increasing profitability is one of the main drivers of growth. Direct purchase agreements or self-consumption, as well as a repowering market, are providing crucial momentum here. These make it possible to expand the capacity of older installations up to 20 kWp without causing the operator to lose their feed-in tariff.

Spain's PV market is forecast to grow 35-fold this year, from 40 MW in 2017 to 1.4 GW in 2018. Here too, public tenders account for a significant proportion of PV projects. Another factor is the ambition to meet the European Commission's expansion goals for renewable energies. These require 20 percent of total energy consumption to come from renewable sources by 2020, and 30 percent by 2030.

In the Netherlands, the net metering remuneration model for private domestic PV installations and small commercial installations is convincing individuals and businesses alike. Germany is back on a winning track thanks to falling costs, public tenders and growing self-consumption, among other factors.

Another boon for the market for self-consumption solutions is the approaching begin of retrofit projects as the first installations reach the end of the 20-year remuneration period fixed by the country's Renewable Energy Sources Act (EEG), from January 1, 2021. Following this, a range of new self-consumption concepts should act as a further stimulus for the market.

As the world's leading exhibition for the solar industry and its partners, Intersolar Europe focuses on the broad spectrum of new developments driving growth in the PV market.

In Munich, the key players in the solar industry encounter new technologies, concepts and sources of inspiration which are invigorating the diverse mix of factors supporting the health of the PV market and fostering further growth. Both the exhibition forums and the accompanying Intersolar Conference will address issues surrounding the European PV market.

Some conference sessions will look at individual European markets, including Italy and Spain; others are dedicated to the topic PV Power Plants (planning, construction, management, repowering) and future areas for investment.

Intersolar Europe is the ideal meeting point to discuss and develop the new synergy effects shaping the markets. PV manufacturers and service providers in particular have previously entered new areas of business which they can now connect to the reinvigorated classic PV market, as with the example of e-mobility.

This increasingly close coupling of different sectors is also highlighted at the new innovation hub The smarter E Europe, which brings together four energy exhibitions - including Intersolar Europe. The smarter E Europe is also the home of Power2Drive Europe, the new exhibition for charging infrastructure and electromobility, and thus closes the gap between the solar and transport sectors. Experts to Discuss Impact of Government Stimulus on Construction & Glass Industries at Mir Stekla 2023
Stimulating the development of construction will lead to increased production of sheet glass
Specialty Fenestration Group Hosts National Sales Meeting
SFG National Sales Meeting unites hundreds of industry experts at U.S. Bullet Proofing headquarters.
Glass for Europe reacts to the Green Deal Industrial Plan
Glass for Europe welcomes the objectives set by the Commission in the Green Deal Industrial Plan and is ready to keep on producing the key technologies and products for EU's climate neutral transition.
Viprotron: New Year, New Look
For several months Viprotron has been working in secret on an important project. And now it is live!
Kuraray takes initiative to enhance product sustainability through LCAs
Independent Life Cycle Assessments for Kuraray Poval™, PVB, PVB film and SentryGlas®.
Get Ready for the WINDOOR-TECH Fair Featuring World Premieres and Key Brands!
WinDoor-tech and Budma fairs will be held from January 31 to February 3, 2023.