The smarter E Europe: The meeting point for the new energy world in Munich 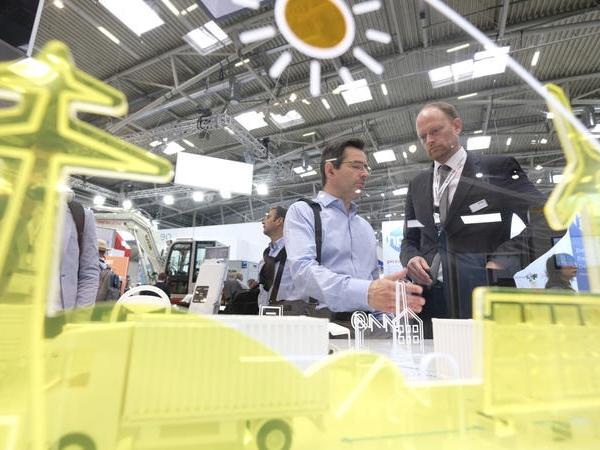 With 1,177 exhibitors, 86,000 square meters of exhibition space and around 47,000 visitors from 155 countries, the launch of The smarter E Europe was a resounding success.

his year, for the first time, The smarter E Europe brought together the two leading energy exhibitions Intersolar and ees Europe with the new events Power2Drive Europe and EM-Power.

The innovation hub for empowering new energy solutions thus put a spotlight on the core issues in the energy world, from renewable energies to decentralization and digitalization to the coupling of the electricity, heating and mobility sectors, over three days from June 20 to 22.

A wide range of innovative business models and pioneering projects were presented here and explored in greater depth at the accompanying conferences.

Three days of packed halls and high spirits among exhibitors, visitors and partners: The debut of The smarter E Europe was a success.

Around 178 gigawatts (GW) of new capacity were installed in the previous year, including 98 GW for photovoltaics alone. This positive development is primarily thanks to falling prices — a pleasing trend that looks set to continue.

The importance of this event for the energy industry was underlined by the presence of one high-profile attendee, the European Commission Vice-President Maroš Šefčovič, who met with numerous industry representatives at the venue in order to discuss the EU’s plans for the energy sector.

In creating the new exhibition format The smarter E Europe, the organizers made a radical decision in order to be able to fully reflect the development of the energy industry — a major step which has won the approval of the exhibitors.

“There are currently two main game changers in the energy industry: The combination of renewable energies and storage systems, and of electric vehicles and charging infrastructure, which are all part of a single ecosystem,” says Leonardo Botti, Head of Global Product Management at ABB.

“We’re seeing an upward trend for all of these solutions — the combination of solar power and storage as well as electric vehicle charging devices. This is the logical consequence of the industry’s recent development. Previously, the solar industry stood alone. Now it’s part of a larger ecosystem that encompasses the energy world in its entirety.”

At the heart of this ecosystem is sector coupling. The intelligent interconnection of the electricity, heating and mobility sectors must continue to advance. The digitalization of infrastructure is a crucial lever here — this was also the message of the opening address by Michael Liebreich, the founder of Bloomberg New Energy Finance (BNEF).

With the session “New Energy World — Game Changers and Rising Stars”, he introduced the debut of The smarter E Europe Conference, which ran from June 19 to 20, 2018.

The international conferences focused on the topics of sector coupling, digitalization and decentralization. Experts also discussed the latest trends and developments in the international markets. The conferences of The smarter E Europe as well as the side events attracted around 1,800 attendees in 2018.

NEW EXHIBITION FORMAT IS A HIT WITH VISITORS, EXHIBITORS AND PARTNERS

The new exhibition format The smarter E Europe met with an overwhelmingly positive response from visitors, exhibitors and partners. It’s clear that the concept is a success, thanks to the powerful dynamic of change, progress and vision created by recent developments in renewable energies, in energy storage and in the interconnection of the previously independent sectors with the potentials generated by digitalization.

“If we continue to develop renewable energies, as we do today, we will no longer have to worry about our energy. We at Smappee and the whole industry are bundling our efforts to make this transition happen, to optimize the generation, storage and the use of solar energy in our homes, to allow us to drive electric anywhere we want, without having to worry about hurting the planet. Renewable energy will be abundantly available and offer us even more comfort to do whatever we want,” says Stefan Grosjean, CEO of Smappee. “That's where I hope we’ll be in the next 20 years.”

Partners of the new The smarter E Europe in Munich were also satisfied with the outcome of the event. “The new exhibition format has been well received by the industry, because the innovation hub The smarter E Europe offers a platform to show how photovoltaic technology is making the modern energy world possible with interconnected systems, intelligent solutions and outstanding hardware,” says Carsten Körnig, CEO of the German Solar Association (BSW-Solar). “Our businesses are reporting high-caliber new contacts and excellent deals, which confirms our positive forecasts for photovoltaics and storage systems in 2018.”

And the organizers are delighted. “The response we’ve encountered is excellent, the concept is clearly extremely popular, and everything we’ve seen and heard confirms that we’re on the right path,” says Markus Elsässer, CEO of Solar Promotion GmbH. Daniel Strowitzki, Managing Director of Freiburg Wirtschaft Touristik und Messe GmbH & Co. KG, adds: “As the organizers, we are extremely pleased and we’re looking forward to The smarter E Europe 2019.”

600450
www.intersolar.de
The smarter E Europe: The meeting point for the new energy world in Munich glassonweb.com

Holesov plant on a roll with new-format SentryGlas® Xtra™
Trosifol has announced that its new SentryGlas® Xtra™ (SGX™) ionoplast interlayer is now available in roll form from its plant in Holesov in the Czech Republic.
Webinar: Understanding Window, Door And Skylight Certification
The Understanding Window, Door & Skylight Certification webinar is designed to help architects and remodelers understand the benefits of window, door and skylight certification, and how certified products can enhance their projects.
GPD 2019 – Market Trends in the Glass Industry (2/3)
This week, we continue with 3 videos from the Market Trends in the Glass Industry session. Please check out the videos via the links below.
NGA to host co-located BEC + GPAD 2021 at Caesars Palace
NGA co-locates two premium conferences connecting glazing contractors and glass fabricators for education.
The Big 5 postponed to September 12-15, 2021
The next edition of the event connecting the global construction community in Dubai is expected to boost the construction sector’s recovery efforts in the post-COVID-19 era.
Hegla Launches CTF Glass Tempering Furnace
HEGLA TaiFin has now expanded its expertise in the glass processing sector by launching the CTF Series of flat glass tempering furnaces.