Team owner Jerry Jones thinks the new Dallas Cowboys stadium is edgy and technologically hip. Its tab has ballooned to $1 billion from the original $650 million estimate, Jones said Friday as he discussed details of the stadium's final design for the first time.

The city of Arlington's portion of the project is capped at $325 million, so the team will pay the additional costs.

"The winners here are our fans. We want to make that investment," Jones said. "This area is deserving of this venue."

The team is set to unveil detailed designs of the project at an invitation-only event Tuesday in Arlington.

The Jones family and the design team from the Dallas architectural firm HKS spent seven years sketching ideas before deciding on a stadium with etched glass and a translucent retractable roof. The stadium will have two 180-foot-long digital video screens suspended over the center of the field, 120-foot-high moveable glass walls to enclose each end zone and ticketed plaza areas where fans can watch the game while standing at bar tables.

Just 14 percent of the stadium construction is complete; some specifications, such as the number of suites and permanent seating capacity, are still being worked out. Meanwhile, the Cowboys are working to secure a contract for the stadium's naming rights. Jones did not want to name the companies the team was in discussions with or say when it hopes to announce a deal.

The new Cowboys stadium stands to be the second-most-expensive in the National Football League _as long as the Cowboys' budget doesn't grow and the new shared stadium for the New York Giants and New York Jets sticks to its $1.2 billion budget.

Ameriquest Field, the stadium's neighbor and home to the Texas Rangers, has been hailed for its Texas-deco style that harks back to the golden age of baseball. But there is nothing traditional about the Cowboys stadium design.

Guardian Glass Project: cube berlin
The fully glazed façade is extremely energy efficient due to its osmotic skin, which includes a pioneering application of solar control coatings on the outer skin of the double façade.
Guardian Glass Project: RWTH
Designed by architects Lepel & Lepel, the Center for Mobile Propulsion (CMP) is the research center for at RWTH Aachen University.
Vitro Glass, Walker Glass products create metallized look for walls at AECOM
SOLARGRAY glass silvered and etched with Satin finish adds depth, sophistication to interior space of Cleveland architectural firm.
3rd Building Skin Russia 2019 Forum / Window Days in Russia
Section "Translucent structures. Past, present and future.” As part of the business program of the 3rd Building Skin Russia Forum 2019 / Window Days in Russia.
Laser engraving on glass to customize work environments | VetroIn
How laser beam processing works on glass and what advantages it brings in the decoration of glass walls.
DoorCo Offers Glazing Service To Give Customers The Bespoke Edge
In response to customer demand, DOORCO has invested in a specialist glazing service to better support customers in the rising popularity of the contemporary composite door. 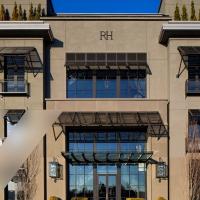 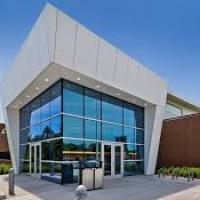 Production and Testing of Kiln-cast Glass Components for an Interlocking, Dry-assembled Transparent Bridge