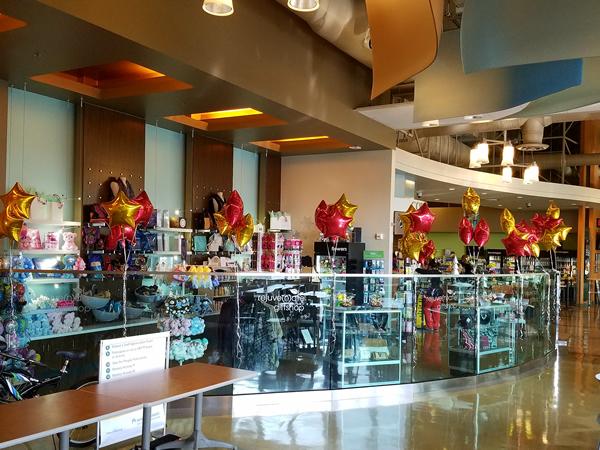 This project was just completed! The smart folks at Kaiser Permanente Los Angeles Medical Center realized that the best way to have people see their shiny new gift shop would be to place it where so many visitors often frequent during the course of a visit: next to the cafeteria, also newly renovated.

We were asked to install the glass wall which divides the two areas, and we did with this series of 60" tall sections that appear to form a curved line.

Many thanks for a job well done to our foreman, Jorge Puente, and journeyman, Richard Ochoa as well as Carlos Gomez, who managed the installation. 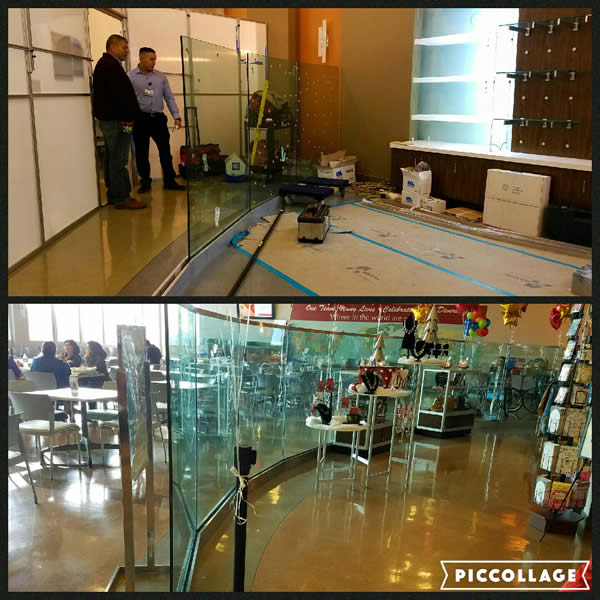 This is just one project completed in planned renovations soon to include additional areas of the historic hospital, which dates back to 1953, a big year for expansion in Kaiser Permanente.

At that time, the fledgling health plan opened state-of-the-art hospitals in three communities -– Los Angeles and Fontana in Southern California, and Walnut Creek in Northern California.

The Los Angeles Medical Center (on Sunset Boulevard) was the first to open, on June 16, 1953. The dream hospital design was inspired by Kaiser Permanente founding physician Sidney Garfield (1906-1984) who worked with architect George M. Wolff (1898 – 1977).

The new hospitals debuted the concept of separate corridors for visitors and staff. Visitors could enter a patient room from an outside walkway, staying out of the way of busy medical staff moving along the interior corridor.

Garfield’s design called for decentralized nursing stations with one for every four rooms (one nurse per eight patients) instead of one per floor.

Patient rooms had an individual lavatory with hot, cold, and iced water. The "futuristic" concept of the “baby in a drawer” -– a sliding bassinet that let a tired mom pass her newborn through for care in the nursery -– was also introduced in the 1953 dream hospitals.

We look forward to future renovations at this and at other Kaiser facilities, a company with whom we are always happy to partner. 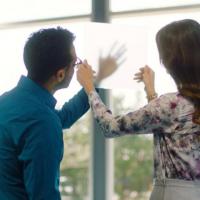