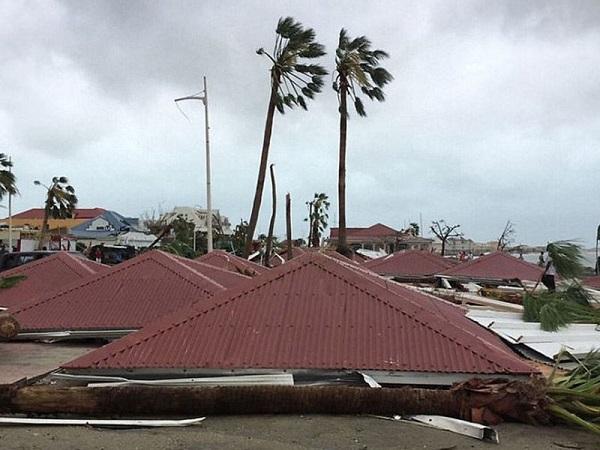 As Hurricane Irma trekked through Florida, she left behind a trail of destructive flooding, wind damage and power outages.

But the effect of the storm’s extraordinary long-drawn-out winds, along with the deluge of heavy rains happening at the same time, resulted in something more widespread and in many cases just as damaging: an unprecedented number of leaky hurricane windows.

Since Irma, the costs of the damage and necessary repairs due to water penetration into a building’s supporting structure and interior finishes are among the leading reasons for insurance claims.

“Thanks to improved building codes, windows that comply with the requirements of hurricane prone regions do provide enhanced performance, including increased energy savings, improved safety and greater resistance to wind pressures, water leakage and air leakage,” explains William Smith, president at GCI and a leading expert in the design and construction of glazing systems and building envelopes. “However, hurricane-resistant doesn’t mean hurricane-proof.”

According to Paul Beers, founder and CEO at GCI, hurricane-resistant windows are tested to prescribed standards of wind and water pressures, but the tested ability of the window can be exceeded by hurricane forces.

“For example, laboratory tests put windows under pressure for periods of 15 minutes, but the unique story with Hurricane Irma were winds and rain that lasted for 16 hours and resulted in an unprecedented amount of water leakage in windows that had never leaked before,” says Beers.

“Now, months after Irma hit, we’re finding many of these hurricane-resistant windows continue to leak during small rain storms and we’re trying to help people find out what’s causing the water infiltration.”

During Hurricane Irma, the accessories that seal windows, such as gaskets and weather strips, were subjected to stress that caused leaking. In some cases, the window components may have been leaking before Irma but were undetected. 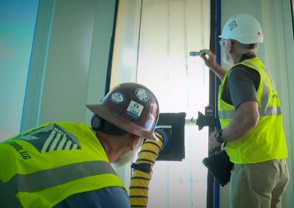 “Damaged drywall or wood trim can point to water intrusion that started earlier than Irma, whether from sealant failure or construction and maintenance issues,” says Beers.

“If an investigation suggests that water infiltration has been occurring for a while, it’s time to develop a field water-testing program, to follow the path of intrusion and, ultimately, eliminate the cause.”

The test involves constructing an air barrier across the inside of an assembly and vacuuming air from it, while applying a uniform water spray across the exterior. The water infiltration test is a field version of laboratory certification tests and simulates the conditions of a wind driven rain storm.

“The good news is hurricane-resistant windows rarely sustain irreparable damage, but windows that leaked during Hurricane Irma should be checked now to ensure they’re as functional as they need to be to make it  through another hurricane that approaches Irma’s intensity,” says Beers. “Conducting a field water test will determine exactly what’s wrong with the window and how to resolve the problem.”