Gary's The Recruit To #ComeAlong To KOMMERLING 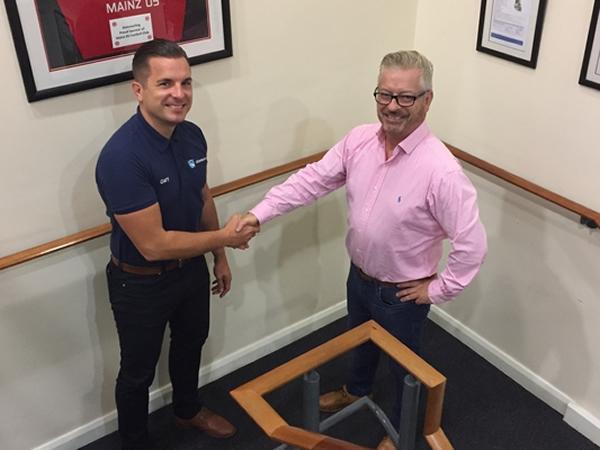 Gary Tamburro has joined profine UK and the KÖMMERLING brand as area manager for the South East, as the company looks to further enhance their reputation as the current rising stars of the PVCu systems sector.

Gary Tamburro has joined profine UK and the KÖMMERLING brand as area manager for the South East, as the company looks to further enhance their reputation as the current rising stars of the PVCu systems sector.

After an award-winning marketing campaign that’s encouraged fabricators, installers and business partners to #ComeAlong, Gary’s appointment will allow KÖMMERLING to build its presence further in the South East, with a forthcoming installer campaign that will help drive further organic growth.

This appointment has also allowed the company to re-structure its sales territories, so that there’s now a dedicated national resource to support the growth in the commercial sector in the form of Leigh Cooper, who already has a number of years’ experience with architects and building specifiers.

Gary brings with him considerable experience in the glass market having started work in the sector at the age of just sixteen, making IGU’s on a factory floor before moving on to Pilkington Glass and more recently to Glassolutions, as area sales manager. He commented: ‘I’m genuinely thrilled to be joining KÖMMERLING having spent some time on the stand at the FIT Show. There’s a huge buzz around the place at present and the customers I’ve already been to see, share the same enthusiasm. I’m looking forward to helping build the brand further in the South East as we look to build on what has been a very strong year so far.’

Brian McDonald, sales director of KOMMERLING welcomed Gary and added: ‘We’re thrilled to have Gary on board and his character and personality are a perfect fit for us. We now have everything in place resource-wise to enable us to grow further during the remainder of the year and into 2020 and beyond.’

Look out for the KÖMMERLING #ComeAlong campaign on Twitter @kommerling_uk.