The 10-storey Leyton Green tower block, in Leyton, east London, has been extensively refurbished, with Wrightstyle completing a glazed tower to provide enhanced staircase access and, more importantly, a protected escape route.The Waltham Forest completion comes only weeks after the London Fire Brigade (LFB) announced that there had been 684 fires in high rise flats in 2014, with the LFG launching a Know the Plan campaign to better ensure people know what to do in the event of fire.Although fatal fires in high rise buildings are very rare, nine people died at Lakanal House, Camberwell in 2009.A contributory cause was a lack of fire resistance around doors, meaning that the fire wasn't adequately contained.

Underlining how most fires begin from an insignificant cause, the Lakanal House fire was started by an electrical fault in a TV in a ninth-floor flat.

Wrightstyle, which is based in Devizes, Wiltshire, but supplies its specialist systems worldwide, supplied, fabricated and installed its glazing units to the Leyton Green tower.

The new external glazed staircase, with some internal screens and fire doors, has been certified to provide 60 minutes of both fire resistance and prevent the passage of heat and harmful gases.

The overall design is therefore intended to give residents a safe escape route in the event of fire, as well as providing fire fighters with secure and easy access.

FIT Show supports Fensterbau 2022 postponement
FIT Show event director Nickie West responds to the announcement that Fensterbau Frontale has been delayed from March 29 - April 1 until 12 - 15 July 2022.
Glass Futures’ latest opportunity to showcase your newest technologies, R&D and training
Glass Futures would like you to be part of a great opportunity in supporting the industry in the form of an IS machine/ancillaries to showcase at our brand new facility.
Şişecam is preferred for the office building: The Ilbank Atasehir Tower
Europe's largest flat glass producer Şişecam’s products were preferred in the The Ilbank Atasehir Tower project in Istanbul.
British Glass celebrates the start of the International Year of Glass
British Glass and the rest of the UK glass industry are delighted to be celebrating the UN’s International Year of Glass throughout 2022.
Glass Futures online workshop
Glass Futures is holding a workshop to identify sustainability challenges and opportunities in glass manufacturing in the UK and India.
National Fenestration Awards’ New Era with the change of ownership to Glass Ceiling Media Ltd
As the National Fenestration Awards are about to enter their tenth campaign, the NFAs are happy to announce that they will be taking another huge leap forwards in their reach and development as they come under new ownership. 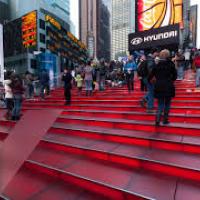