Singapore to host an International conference on façade design & engineering 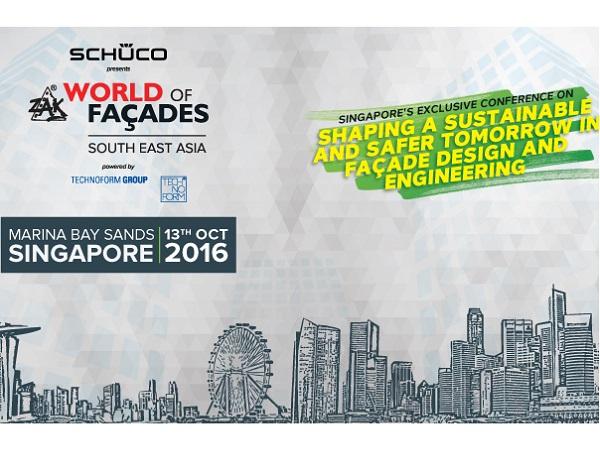 The conference will take place on the 13th October 2016 at Marina Bay Sands and is a full day affair, which will cover important aspects from design, engineering and delivery of façades.

The façade, which is a part of the building envelope, is the most important component in a building. It plays an important part in the building’s aesthetics, complementing the structural form and defining its visual impact on the urban environment.

The façade of a building is essentially responsible for preventing anything undesired from the outside coming to the inside vis-a-vis bad weather, rain, wind, pollution, heat, among others. This is especially important for buildings in Singapore, which has to cope with the high humidity and temperatures.

Keeping a view of this, the Building & Construction Authority (BCA) recently released the Green Mark 2016 regulations earlier this month and is keeping a strict vigil on the use of energy consumption for air-conditioning.

Buildings are typically being measured for their Envelope Thermal Transfer Value (ETTV) & Residential Envelope Transmittance Value (RETV). In simple terms, these measure how much heat is coming through the building envelope, such as the roof, doors, windows and façades.

The Zak World of Façades conference, now marking its debut in South East Asia shall aim to address this very pressing issue of energy leakage through façades along with exploring ways for buildings to be sustainable with smart façade execution strategies.

The conference will take place on the 13th October 2016 at Marina Bay Sands and is a full day affair, which will cover important aspects from design, engineering and delivery of façades. It will feature presentations and group discussions by domain experts.

Opinions from leading architects, clients, façade consultants, contractors, etc will be debated upon and a solution will be presented to comply with the current and proposed standards. 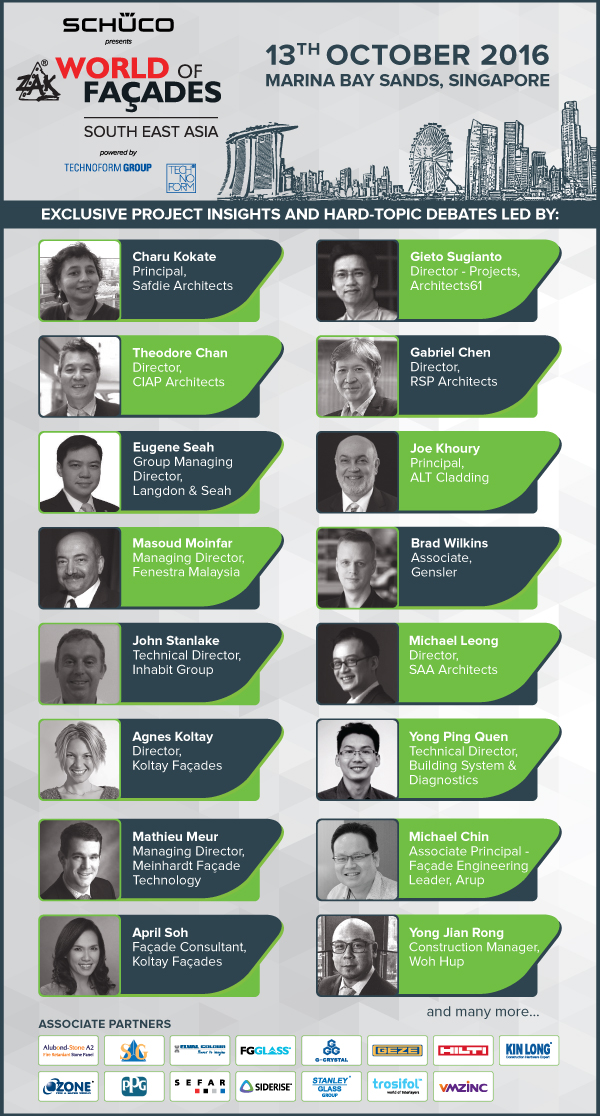 “Façade engineering is becoming a more important and integral part of green building design because it affects the life cycle costs heavily in the long-run,” said Mr Benedikt Herweg from Schüco South East Asia who are the principal sponsors of this event.

About Zak World of Facades

Complete agenda of the event can be viewed below: GlassPrint 2023 Announces Conference Programme
Below are the first confirmed titles for GlassPrint 2023. More presentations and details will follow in the coming weeks.
GPD2023 Abstract Reviews and Submission Extension!
GPD2023 announces the extension of the abstract submission deadline to 22 January 2023.
TurkishGlass participated in ZAK World of Façades UK
TurkishGlass, solution partner for the most demanding projects participated in ZAK World of Façades United Kingdom underscoring its powerful glass production ecosystem.
GPD Finland 2023 - Final call for abstract submission!
Last call for abstract submission!
Sustainability comes to the fore at Glasstech Asia with Glass for Europe’s input
Glass for Europe was in Singapore at Glasstech Asia to present the 2050 vision of the flat glass industry in a climate neutral Europe.
International Window Film Conference and Tint-Off™ 2023 Dates and Location Announced
The International Window Film Conference and Tint-Off™ 2023 is heading to the shoreline!