Sight glass: Inside the toughest window you’ll ever peer through

Drillers produced more than 8 million barrels of oil and 95 million cubic feet of natural gas in August 2014 — 66 percent and 48 percent more than 2010 levels, respectively, according to the U.S.Energy Information Administration.  This success has bolstered stockpiles and lowered oil prices around the world.

With such strong volume, the infrastructure of oil and gas wells — the extraction systems, pipes, and storage tanks — must operate efficiently and safely to channel the deposits from the ground to the end consumer. Sight glasses play an integral part in these goals, offering a unique view into pipes, vessels, and other equipment that workers wouldn’t normally be able to see, helping them monitor flow and spot any anomalies that could become bigger issues or safety concerns.

Easily the strongest windows in manufacturing, and a product for which failure is not an option, sight glasses offer consistent observation — and thus quality control — not only in oil and gas production, but in food and agriculture processing, chemical manufacturing, and other growing industries as well.

Not just any window glass can handle this tough job. These sight glasses must not only provide clear visibility into flow levels, colors, and state changes, but withstand extreme temperatures, pressures, and chemical attacks.

The material that makes it possible to peer into pipes and boilers is borosilicate glass, which dates to the 1800s but is just as crucial in today’s manufacturing processes due to its unique characteristics.

Otto Schott invented the first borosilicate glass in 1887, and from day one it was able to withstand high temperatures and thermal shock. One of the first applications for borosilicate glass was cylinders in incandescent lighting fixtures, used in early street lights throughout Europe.

Its composition allows SCHOTT’s borosilicate glass to resist chemical attacks and more extreme thermal changes, all while maintaining its strength and form. As a result, borosilicate glass has found its way into everything from cookware to the coating of insulator panels on U.S. space shuttles. And despite all of the strength built into this glass, it’s still as clear as any window.

These advances apply to how borosilicate is made as well. In 1993, SCHOTT began producing its borosilicate glass using a float manufacturing process, in which molten glass slides over a bed of molten metal and then cools. This process creates a more uniformly flat surface, and the resulting glass product is BOROFLOAT, one of SCHOTT’s signature products.

Why BOROFLOAT is used in oil and gas, chemical production, and food manufacturing

The chemical toughness of BOROFLOAT comes from one part of its namesake — the element boron. Soda-lime glass, used in many windows and bottles, is mostly composed of silica (silicon dioxide), sodium carbonate, and lime. The chemical makeup of soda-lime glass makes it susceptible to chemical attacks, when elements can be leached out of the glass, weakening or destroying it. But adding boron to strengthen the glass’ chemical bonds and prevent leaching makes BOROFLOAT highly resistant to acids, alkalis, and hydrolysis.

Its chemical structure is also responsible for BOROFLOAT glass’s high mechanical stability, excellent resistance to abrasion and scratches, high elasticity, and low weight. And the glass’ low coefficient of thermal expansion allows it to stand up to thermal shock as well as high or fluctuating temperatures in different sight glass applications.

BOROFLOAT, used in sight glasses throughout many industries, adds a safe look into the state of various substances during production. Constant visual observation of the conditions inside pipes and storage tanks safeguards workers, and ensures processes are working. Born in its original incarnation more than a century ago, borosilicate glass today offers a unique and crucial window into oil, chemicals, and other materials, making it one of the toughest glasses in manufacturing.

600450
www.blog.us.schott.com
Sight glass: Inside the toughest window you’ll ever peer through glassonweb.com 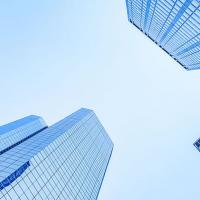 The Benefits of 3D Printing on a Glass Surface

Traveling into a 1,200-degree melt to learn how glass is made