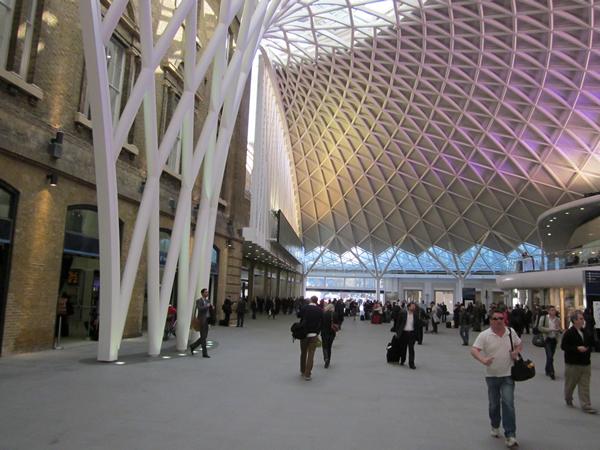 Wrightstyle supplied fire-rated systems to the iconic King’s Cross redevelopment in London, both to the station itself and surrounding projects.  Wrightstyle’s managing director, Tim Kempster, remembers events of 30 years ago.

The term “codifying by disaster” has a long and dishonourable history. It’s the term used to to describe how advances in safety regulations often only come about following appalling tragedy.

In a year which has seen the Grenfell Tower disaster, and new regulations will inevitably be brought in, it’s worth remembering a London train station tragedy thirty years ago that claimed the lives of 31 people.

However, what marks the King’s Cross fire as different in scope and scale is that, not only did it lead to better fire safety regulation, it helped us all better understand an unknown dynamic in how a small fire can become a conflagration.

King’s Cross station, completed in 1852 on the site of a former smallpox hospital, is reputedly haunted by the ghost of Queen Boudicca and is the railway station from which, as every Harry Potter fan knows, you catch the train for Hogwarts.

The station handles nearly 50 million station users each year and, inevitably, security is of paramount importance, not least because of the 2005 bombing outrage, which killed 52 people, with the four bombers traveling into King’s Cross before carrying out their murderous attacks.

Although it remains the worst terrorist attack in London, it wasn’t the first at the station. In 1973, a Provisional IRA bomb also detonated in King’s Cross’s booking hall, injuring six people, several seriously. 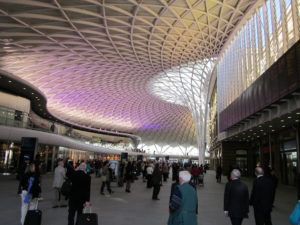 Appalling as those incidents were, it was a major fire at the station in November 1987 which has had arguably the greater influence on public safety.

Started most probably by a discarded match, despite smoking having been banned in the Underground two years earlier, the source of the fire was an escalator shaft dating back to before World War II.

It was partially built from flammable wood and the running track of the escalator had not been cleaned since the 1940s and was covered in grease and filled with rubbish.

However, the importance of the tragedy in the evolving story of fire safety is that its severity was initially inexplicable.

There was a lack of visible flames, and the firemen first on the scene – who had attended other similar fires – believed that it posed little threat.  Indeed, fire-fighters later described it as being about the size and intensity of a campfire.

Amid the complacency, the situation rapidly became worse, with the fire appearing to flash over and fill the ticket hall with flames and smoke. Far from now being a campfire, fire-fighters trying to re-enter the ticket hall described conditions as similar to climbing into a volcano.

It was later shown that a combination of wind movements caused by underground trains arriving and leaving created a 12mph wind in a “piston effect”, pushing air from the tunnels upwards and adding to the speed of the fire spreading.

However, it took groundbreaking computer modeling and fire simulation, then in its infancy, to promote a new theory of fire development within inclined shafts.

That theory is called the trench effect, and involved hot gases in the buoyant plume to lie along the escalator surface, creating a rapid airflow that caused the gases to move up the escalator, increasing in proportion to the size of the fire, and eventually creating an effect much like a flamethrower, sending flames shooting upwards into the ticket hall.

The computer modeling of the “fluid flow” of the fire helped to substantially advance the science of fire dynamics, using computational simulation to look at how fires behave, with an emphasis on smoke and heat movement from their source.

The subsequent Fennell Investigation into the fire prompted the replacement of all wooden escalators on the Underground, the installation of automatic sprinklers and heat detectors in escalators, mandatory fire safety training for all station staff twice a year, and improvements in emergency services liaison.

The King’s Cross fire, and the impact of computer modeling, has helped inform fire training since and also influenced how companies such as Wrightstyle, which has been significantly involved in complex transportation projects, design the steel glazing systems that mitigate against threats caused by fire. 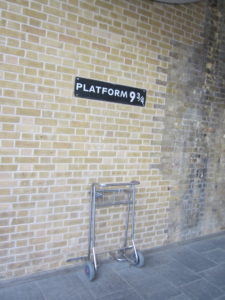 In supplying glazed components to the frontage of the new King’s Cross, as well as a safe evacuation route from the main administrative areas, we have brought a wealth of experience and expertise from other UK transport infrastructure projects, as well as overseas contracts in Hong Kong and Dubai.

Our advice to specifiers, based on extensive fire and bomb testing, is simple: always specify the glass and steel components as one integrated and tested assembly.

King’s Cross has had to learn painful lessons from its past, to build a facility offering the safest possible transit for its millions of customers every year.  The lessons learned have also been applied in cities across the world. 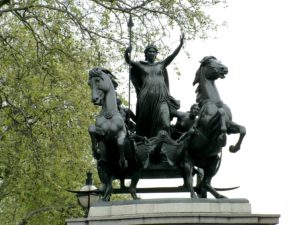 Boudicca, queen of the Iceni who led a revolt against the Romans, is reputedly buried under platforms 8, 9 or 10.  It’s possible that the Battle of Watling Street, at which she was finally defeated, took place where the station now stands.

Her ghost is said to haunt some of the underground passages. It’s also a place of pilgrimage for budding wizards, with Network Rail designating a Platform 9¾ with a luggage trolley half buried into the wall. The bad news is that rail services only go as far as Scotland.

Glass Futures Ltd presents Glass Futures Open Design Events
Glass Futures opens a virtual door to it Global Centre of Excellence - be part of our open design sessions.
MappiSUPERTEMPER™ - a new frontier in hi-end glass tempering
A MappiSUPERTEMPER™ tempering furnace achieves the characteristics necessary to certify E30 glass for fire resistance.
Trosifol interlayers were specified by MonoSol for two glazing applications
Inside and out, interlayers from Trosifol prove their capabilities in structural and aesthetic applications... both sides of the Atlantic.
FIT Show organisers announce new September 2021 dates
FIT Show organisers have announced new dates for its 2021 event, postponing the fenestration industry’s flagship UK event from May until September 2021.
NorthGlass: A window of Lujiazui showing the masterpiece of world art
The super-large glasses of the architectural complex are built by Tianjin NorthGlass.
Solarban® 90 glass adds drama, performance to Westin Irving Convention Center Hotel
As BOKA Powell evaluated their options based on performance, aesthetics, availability and cost, Solarban® 90 glass emerged as the most suitable glass system for the hotel.