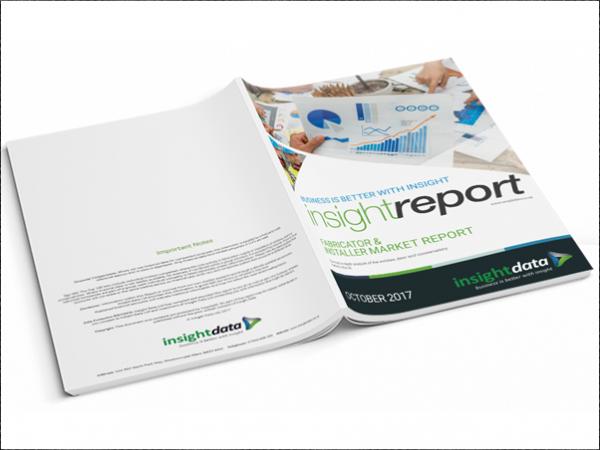 Insight Data has published it’s long awaited ‘Fabricator and Installer Report’ which is the most authoritative and comprehensive analysis of the UK window industry and seen as the ‘bible’ of the industry.

The 2017 Insight Report analyses data from over 15,000 fabricators and installers.

“The industry is currently facing some challenges with more companies now reporting a slow down in business, some by as much as 15%. However, there are still plenty of opportunities and a number of companies are bucking the trend. The increase in mergers and acquisitions over the last year also points to a realignment of the industry.”

The Insight Report gives a full snapshot of the industry, analysing fabricators and installers by region, sectors, products, financial performance and more.

For your free, comprehensive copy of the 20 page report, click here.

Highlights from the report include:

The Report is compiled following telephone interviews with over 15,000 companies and analysis of financial data spanning the industry.

The full report includes analysis, trends and opinion on the current state of the industry, and includes detailed information on fabricators, installers, trade counters and the growth of ‘builder installers’ as well as developments in products and materials.

The previous Insight Report was last published in 2014. Since then, the number of window, door and conservatory companies has risen and now stands at 15,099. There has been significant ‘churn’ over the last 3 years, with 1,592 firms being removed from the database and 1,920 businesses added, giving a net increase of 328, largely consisting of small installation firms.

The companies removed from the database include those that have gone out of business, merged, or changed direction/markets, but an increasing number are firms where the owners have retired and the business has ceased trading.

Across the fenestration industry, the number of manufacturers stands at 4,852, of which 4,178 are window and door fabricators, the balance being specialist composite door, conservatory roof and sealed unit manufacturers. 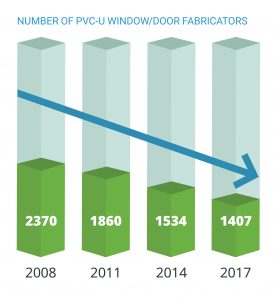 Small fabricators (100 frames per week or less) have seen most upheaval, with a significant number making a decision to either cease manufacturing or investing in growth.

Most PVC-U fabricators are now offering a broader range of products; either to improve revenue or margins, or to secure customer loyalty. Some companies have increased their manufactured range, while others are distributing products from specialist manufacturers.

Fewer PVC-U fabricators are switching system companies completely, although more fabricators than ever are manufacturing more than one system. 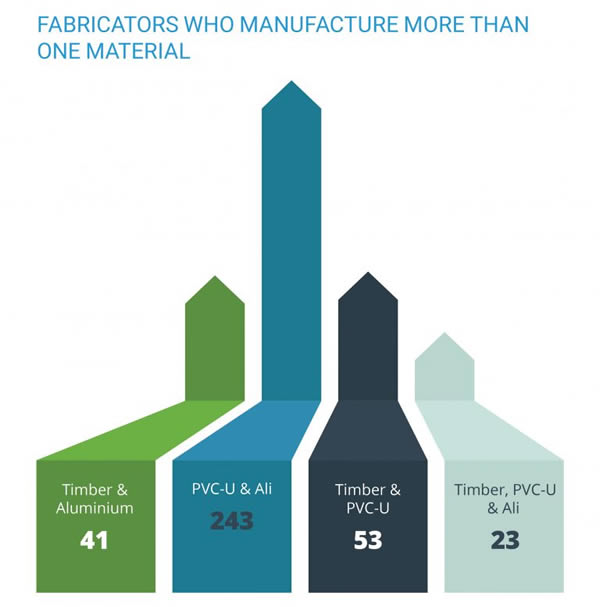 There are 175 PVC-U fabricators who dual or multi-source source, while a number of mergers/acquisitions have led to several fabricators within a group manufacturing different systems to satisfy market demands.

The number of window, door and conservatory installation firms has risen over the last 3 years to 13,281 firms; the increase primarily among small businesses (1 – 25 frames per week). In recent years a significant number of fitters have left their jobs with the large nationals and set up their own small installation business, often sourcing products from an increasing number of trade counter outlets. 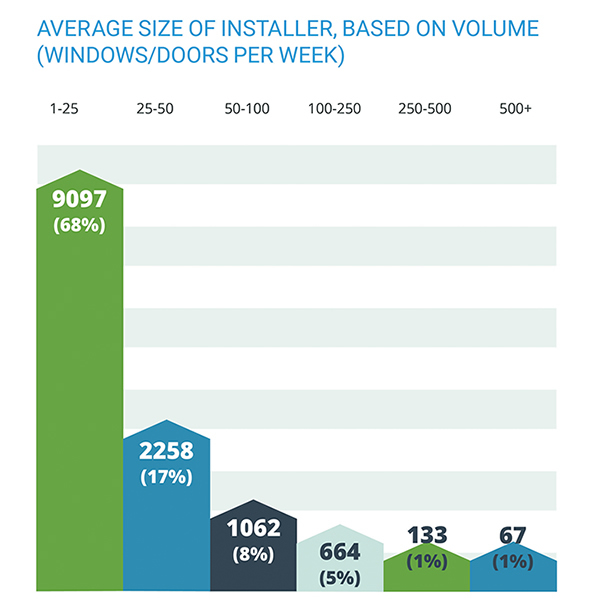 Installers have diversified; extending their range of products to include additional niche window/door products and other home improvements such as garage doors and driveways. One of the most exciting opportunities for installers is renewed interest in conservatories, although the nature of the product is changing.

New product innovations have led to a notable increase in companies investing in showrooms, which is counter-intuitive in today’s online market place. Indeed, the number of showrooms has increased from 3473 in 2014 to 3796 in 2017, reversing a trend in earlier years. 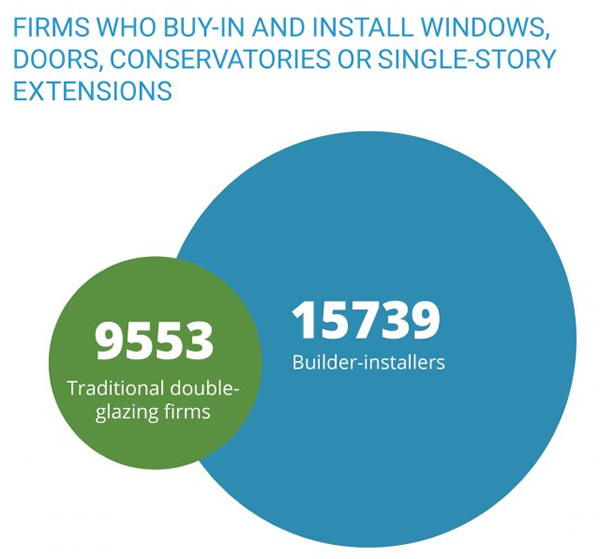 Trade counters continue to evolve with a notable increase in acquisitions over the last year as companies focus on distribution channels and volume. 876 trade counter depots now supply windows, doors and conservatories, supplying both small installation companies and a rapidly increasing number of builders who offer this product range.

Indeed, the number of builders who buy-in windows, doors and conservatories stands at 15,739 firms, well ahead of the 9,553 traditional double-glazing installers who buy-in frames.

The full Insight Report provides in-depth analysis of the industry, including product information, markets and financial data. For a free copy of the report click here. Fenzi Group Offers Innovative Tech Services for Glass Industry
The Glass Alliance Standards Center, powered by Fenzi Group, offers innovative, state-of-the-art technical services for the glass industry.
Registration for FIT Show 2023 is open!
With just five months to go until FIT Show returns to the NEC (23 - 25 May, 2023), now is the time to secure your FREE ticket.
A+W Cantor at TMP
More than twenty years’ software partnership
WinDoor-tech 2023 and the Path to Industry 4.0
Maintaining Poland's leading position in the export of door and window joinery in the dynamic world of automation and digitization
Automation and Digitisation: A Weapon Against the Crisis at WinDoor-tech 2023
WinDoor-tech 2023 is the perfect opportunity to get familiar with the latest technologies and solutions dedicated to automation and digitisation of production processes in the window joinery industry.
FGIA Releases New Technical Information Report for Horizontal, Vertical Sliding Windows, Doors
AAMA TIR-A19-22, Structural Test Deflection and Permanent Deformation Gauge Placement for Horizontal and Vertical Sliding Windows and Sliding Doors, is now available for purchase.