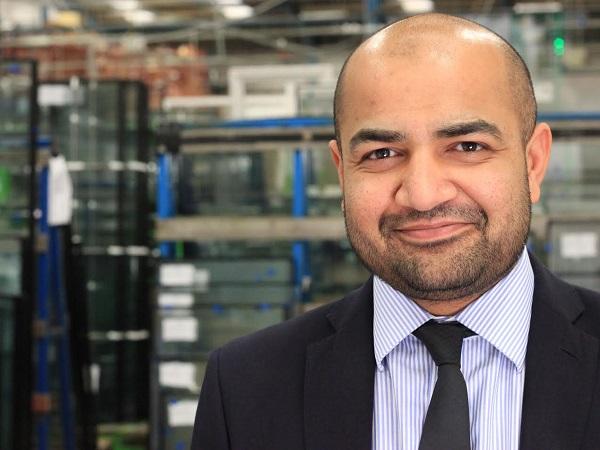 Will foils, flush casements and specialist products set the new standard for PVC-U or is there a limit to their reach? Kush Patel, Emplas discusses.

According to  Palmer while the market grew by 1% last year in volume, in installed value it fared much better - up by 7%. “While volume growth was only modest 2016 saw some interesting trends towards higher value products”, write the report’s authors - with higher margin PVC-U products chief among them.

PVC-U sales were up by 8% last year, driven for no small part by a significant leap in sales of foiled products. This, the Palmer report suggests was most clearly illustrated in the window market, where a 1.2% increase in the market overall to 6.82m frames, was outstripped by the increase in installed value of 5.5% to £2.38bn.

This it states was driven by demand for foils including both woodgrains and solid colours – up 45% since 2013.

The logical conclusion is that standard white PVC-U product has had its day – or is it?

Despite this evolution of its offer Emplas’ Deputy Manging Director, Kush Patel, has no doubts as to which side the fabricator’s ‘bread is buttered’.

“There’s a lot of focus on higher margin product, foils, flush casements and it’s very easy to lose sight of the importance of core product and the contribution that it can make to your business”, he argues.

Kush entered the industry in 2006 steadily progressing through the Emplas ranks to become its Deputy Managing Director in 2017.

This included rapid progression within a year to Planning and operations manager and a spell in the sales team before joining the Emplas Commercial Contracts team, to head up the delivery of a 27,000 [white!] window low and high rise refurbishment project for Bristol City Council.

Coming back into the operations team at a senior management level, he was promoted to Operations director, late 2012 ahead of appointment to his new post last year.

Going into its 40th year in business this year, his joining of Emplas has coincided with substantial change within the industry and the products that it offers.

“The percentage growth that we have seen in the sale of foiled product and flush casements is huge - you just have to put that into context”, he says.

“In focussing on it and by avoiding distraction and the disruption to its manufacture by getting pulled into the fabrication of a broad range of niche products, we have been able to continually improve what we do and deliver industry leading standards of service and quality to our customers.

“We supply niche products, if you want a VS you can order it through us and we mobilise our purchasing power to the benefit of our customers – but we’re not going to manufacture VS windows because there are specialists who do that.”

This assumption has defined Emplas’ strategy since 2012, driving investment in its manufacturing facility, building capacity but most critically with a clearly defined product focus, increasing product quality and customer service.

“If there was a single pivotal moment in defining the growth that we’re seeing, it was our decision to purchase a Schirmer machining and cutting centre. Up until that point the quality of our manufacture was defined by the skill of the operatives who were doing the routing”, says Kush.

“But this placed limits on our operation. Prepping profile manually for a door, for example is a highly skilled process and however good those individuals are, you get mistakes.

“The Schirmer has allowed us to introduce a far higher degree of accuracy to preparation and cutting of bar length, to do it more quickly, to de-skill the process and increase reliability.  We have rolled out those principles throughout our manufacturing process – quality, reliability and speed.”

Emplas completed a major extension adding around a third again to its manufacturing facility at the end of 2017, the new development housing new lines, loading bays and offices.

This was accompanied by a £1.4m spend on machinery to add a second Schirmer machining and cutting centre, multiple Rotox welders and saws, bringing its weekly capacity up to 2,500 frames on a single shift.  All of this, underpinned by a corresponding investment in its IT infrastructure and systems.

This includes the introduction of ‘digital gateways’. These allow Emplas to identify potential interruptions to supply ahead of time. Product is tracked through the manufacturing process using a barcode system.

If product doesn’t pass through predetermined gateway stages within allotted time frames, alerts are triggered and the production schedule is adjusted so that it doesn’t impact on customer deliveries.

“We want our customers to be able to set their watches by the reliability of our deliveries. Every truck is away every morning before 6am”, continues Kush.

“The investment we have made in machinery, the move away from manual processes to automation of manufacture and the introduction of checks and controls throughout the production cycle, meant that we have been able to deliver a step-change in product quality.

“What has been very important in that process is the focus we have placed on core product. It’s allowed us to introduce very clearly defined production processes, which deliver efficiencies and improvements in quality, which we pass on and which are benefits to our customers.

“This isn’t because we’re taking a short term view. It’s the opposite, we’re probably singularly the youngest board of any major fabricator, we have gone through our succession plan already and are here for the long haul.

“But we see quality and service as being more important than manufacture of lots and lots of different products. We want a reputation for the best product quality and the best customer service and you can’t deliver that without real focus and for us, right now that’s about core product.”

Early Bird Registration is Still Open for the Facade Tectonics 2022 World Congress!
Register today with our Early Bird pricing to claim your spot amongst the industry’s most influential leaders and academics.
Joint General Assembly Meeting of GKFP, QKE and EPPA
On 12 May 2022, around 50 members, partners and media representatives came together at the Novotel in Karlsruhe for the joint General Assembly Meeting of the three associations.
Fensterbau Frontale 2022: “Summer Edition” with extensive supporting programme
Fensterbau Frontale takes place as a one-off “Summer Edition” from 12 to 15 July 2022.
Notice of Postponement for BAU CHINA
The BAU CHINA and related activities, originally scheduled to be held in Hongqiao National Exhibition and Convention Center (NECC) (Shanghai) on June 23-26, 2022 will be postponed again.
NGA Promotes Weather Safety Awareness
Get NGA downloadable resourses to support the use of glass and glazing materials in buildings.
Glazing Summit launch goes down a storm at FIT
Excitement is building for this year’s Glazing Summit after its launch event at the FIT Show.