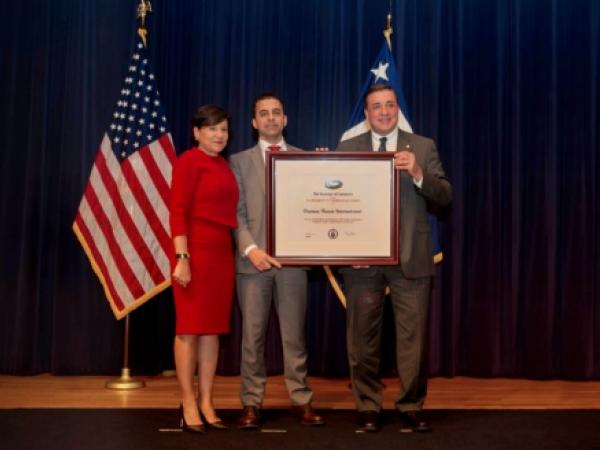 Hydrophobic Coating Company Recognized for Strong Foreign Affairs. The Highest Prestigious Recognition Any U.S. Entity Can Receive For Making A Significant Contribution To The Expansion Of U.S. Exports.

Since 1997, Diamon-Fusion International (DFI) has been making people's lives easier and more beautiful by developing, manufacturing and distributing protective coatings, application machinery and restoration products for architectural and transportation surfaces such as glass, granite, tile, porcelain and quartz.

“When DFI started doing business almost 20 years ago, expanding our product line into a global market had always been a vision of our executive team,” said Adam Zax, CEO of Diamon-Fusion International. “However, we didn’t imagine it bringing us this far. Since establishing our first account in Italy about 15 years ago, DFI has expanded into 20 other countries, spread across 6 continents and exporting now accounts for close to 40% of total sales. Had we found the U.S. Commercial Service back then, instead of just a few years ago, we’d likely be even bigger and broader, or at the very least better streamlined logistically. Our international presence has become key to our global business and we are truly honored to accept the “E” Award.”

In 1961, President Kennedy signed an executive order reviving the World War II “E” symbol of excellence to honor and provide recognition to America's exporters. Today, Secretary Pritzker honored 123 U.S. companies with the President’s “E” Award for their outstanding work to reduce barriers to foreign markets and to open the door to more trade around the world.

U.S. companies are nominated for the “E” Awards through the Department of Commerce’s U.S. Commercial Service office network, located within the Department’s International Trade Administration, with offices in 108 U.S. cities and more than 70 countries. Record years of successive export growth and an applicant’s demonstration of an innovative international marketing plan that led to the increase in exports is a significant factor in selecting the winners.

For more information about the “E” Awards and the benefits of exporting, visit www.export.gov. 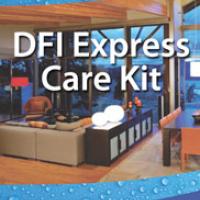