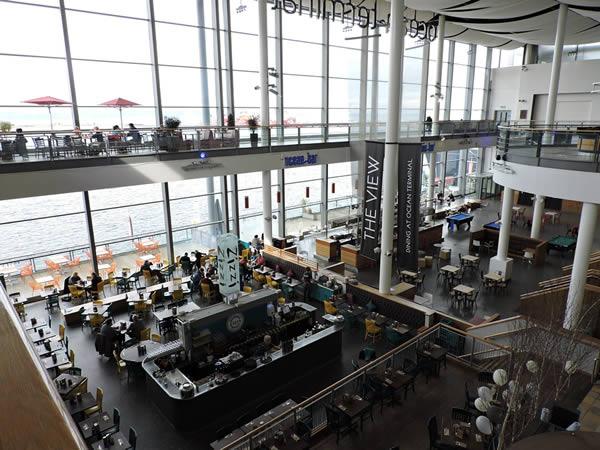 Wrightstyle has just completed an advanced glazing and door entry contract for John Lewis at its new £18 million Chelmsford store.

It’s approaching that time of year when shops and shopping centres will experience their busiest period, and when nobody in the retail sector can be complacent about security.

It’s worth remembering that the outgoing Metropolitan Police Commissioner Sir Bernard Hogan-Howe said very recently that a terrorist attack like those seen this year in continental Europe is “likely”.

And, according to Europol, the EU law enforcement agency, some 103 terror attacks were carried out, planned, or foiled in Britain in 2015.

Government guidance on counter-terrorism is that ‘as the level of risk varies, counter-terrorism protective security measures should be proportionate to the risk of terrorist attack to which the building or place is exposed.’

For building designers, perhaps unused to the new realities of enhanced security, there are architectural liaison officers (ALOs) to whom they can turn. They can be contacted through www.securedbydesign.com

Further advice can be taken from counter-terrorism security advisers (CTSAs), who devise appropriate protective plans for sites vulnerable to terrorist attack. They can be contacted through local police forces or at nactso@btconnect.com

CTSAs will also advise on whether a project requires counter-terrorism measures. A fuller explanation of government thinking can be found at www.security.homeoffice.gov.uk

The National Counter Terrorism Security Office (NaCTSO) trains and supports CTSAs and its website has useful guidance for designers and managers of a range of public places – from bars to cinemas, and from hotels to shopping centres.

NaCTSO is also there to raise awareness of the importance of designing in counter-terrorism security measures from the earliest design stages.

Basically, counter-terrorism strategies must be considered for any venue where large numbers of people may congregate. 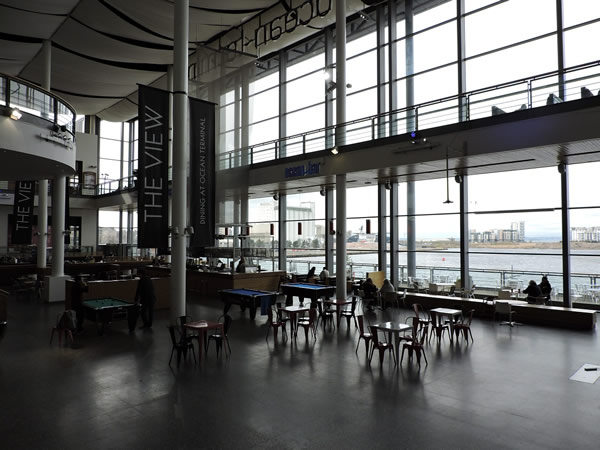 The Home Office’s definition is ‘a location or environment to which members of the public have access that may be considered potentially liable to terrorist attack by virtue of its crowd density.’ That definition includes outdoor areas such as parks or squares.

Determining a proportionate response depends on the use or uses that building or space is being designed for, or the organisations to be based there, and reaching judgements requires a strategic approach involving everyone from the architect to the local authority.

That concept of proportionality is important, because counter-terrorism measures can be costly and impact on the design process. Conversely, proportionality allows for a sensible assessment of risk.

That assessment is reached by all stakeholders at the design stage, and involving government security agencies and the local counter-terrorism security adviser.

It will place the proposed building into one of four risk categories: High, Medium-high, Medium, or Low.

There are, of course, a whole range of protective design measures that can be built in – from landscaping to prevent vehicle access to aesthetic but vehicle-hostile street furniture, from roads layout to staircases to give stand-off distances from explosive attack.

Stand-off distance is an important consideration. A bomb detonating at seven metres from a shopping centre facade will, depending on the size of the bomb and type of explosive, generate blast pressure of up to one ton per square foot.

At 30 metres, blast pressure falls to one-tenth of a ton per square foot – within building regulation parameters on structural integrity.

Modern building design, in shopping centres as elsewhere, now makes extensive use of glass. It brings in ambient light and creates a more pleasant interior environment.

But it must also contain fire, smoke and toxic fumes – if a fire breaks out within a retail outlet – and, where appropriate, withstand explosive detonation.

It should be remembered that, in a bomb blast, the main cause of injury and death is from broken glass and other flying debris – but only in places where non-specialised glass and glazing systems have been installed.

Modern, advanced glazing systems have come about as a result of investment in innovation, both to develop new laminated glass types and framing systems able to withstand blast pressure, as well as to accurately evaluate those systems using a variety of assessment and computational tools.

At Wrightstyle, we have gone beyond computational assessment to also conduct live bomb testing.

One test involved a simulated lorry bomb attack (500 kg of TNT-equivalent explosive) detonated 75 metres from the test rig, followed by a simulated car bomb attack on the same glazing system (100 kg of explosive), detonated at a distance of 20 metres. Both tests were equally successful.

Our compatible systems, with the glass and steel framing systems tested together, are accredited to EU, US and Asia Pacific standards. Our strong advice is to always specify the glass and framing as one unit: in a real fire or terrorist situation, the glass will only be as protective as its frame, and vice versa.

You can watch videos of our systems being live tested against car bomb, lorry bomb and ballistic attack on our website.

We’ve supplied our systems worldwide, most recently for retail and leisure regeneration schemes in the UK, Hong Kong and Beirut. Our glazing systems are primarily, of course, to protect against fire.

The aesthetic advantages of glass are obvious, and how glass can transform the ambience and functionality of interior space is now well understood.

The challenge for us is to now keep pace with architectural evolution – from providing unrivalled performance against fire, or acoustic and weather performance, to combating terrorist attack.

In today’s uncertain world, designing in safety has become an integral part of the retail environment, and modern glazing systems are playing their part in the counter-terrorist narrative.