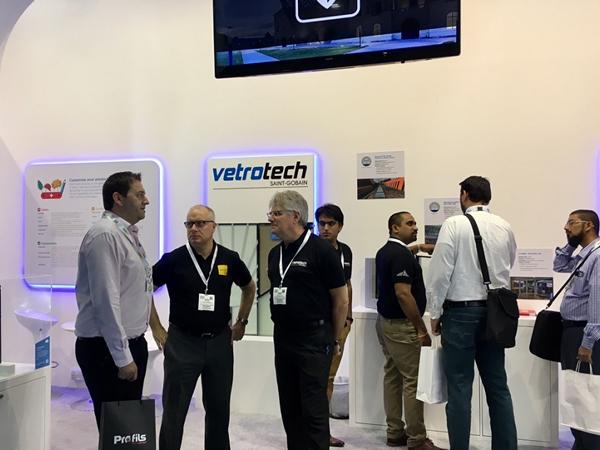 The fair in Dubai is the central meeting place for worldwide manufacturers and distributors of window, door and facade products.

Vetrotech Saint-Gobain, SageGlass and Saint-Gobain Glass Exprover took this opportunity to introduce and show their wide range of products in the Middle East.

Hosting over 160 exhibitors from 13 countries, the region’s largest platform dedicated to window, door and facade products attracted more than 7,000 visitors in its second year, an impressive 33% rise over its introductory year in 2016.

Alongside the exhibition, the Windows, Doors & Facades Event 2017 featured the “Middle East Facades Summit”, a high-level conference that attracted hundreds of delegates hosting a series of keynotes presentations on industry topics, such as Fire Safety and Building Design. 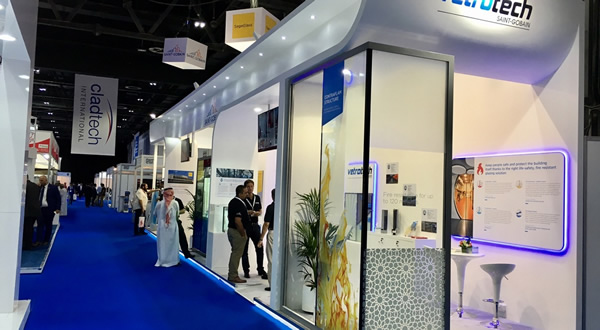 Vetrotech Saint-Gobain, SageGlass, and Saint-Gobain Glass Exprover shared a booth to display various products and launched some of their latest innovations into the Middle East market. The stand attracted numerous visitors from the local UAE market as well as from the neighbouring countries including Saudi Arabia, Oman, Kuwait, East Africa and India.

This year’s main attraction was the large installation of Contraflam Structure Corner, a butt-joint glass solution without vertical frame profiles and dimensions of up to 3900 mm in height. The patented solution proves that there is no compromise when it comes to fire protection, large panel sizes, and aesthetics.

SageGlass successfully launched its new structural glazing solution SageGlass VARIO and attracted many visitors and journalists to the booth.

The innovative solution enables dynamic glazing to be installed in curtain walls with no outside aluminium transom or cover caps, providing a uniform and aesthetically pleasing appearance which suits the demanding requirements of architects and designers.

After three interesting days, Windows Doors & Facades Event 2017 wrapped up on a strong note. Vetrotech Saint-Gobain is already looking forward to the third event, which will take place from 23 - 25 September 2018. 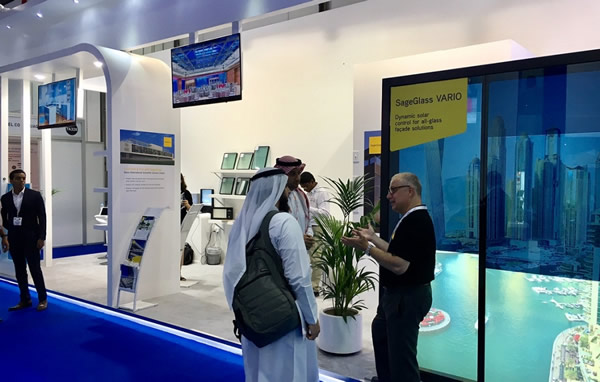 Advancements in Structural Glass & Glass Facades | WORKSHOP – SESSION 2A
Do not miss this opportunity! Register for the August 13th Facade Tectonics session (12-2pm) on Advancements in Structural Glass & Glass Facades.
GlassTrend webinars
Since all on-site GlassTrend events in 2020 are cancelled, the GlassTrend Board decided that a series of TEDx-like webinars will be organized during autumn of this year.
Pandemic Silver Linings: A glazier’s perspective for management
During these unprecedented times, it’s more important than ever to be working on your business, rather than working in it.
Virtual Glass Summit recap
ACerS first virtual conference welcomes high attendance and variety of glass topics.
Şişecam presents webinar series on Designing for a New World – Post COVID-19 powered by Architect and Interiors India
The fourth episode of the webinar series will see a discussion on the many facets of glass and its use in the architectural and design realm.
BAU 2021: Building the future together
Preparations for BAU 2021 are moving full steam ahead—and that includes the work of many highly respected exhibitors.