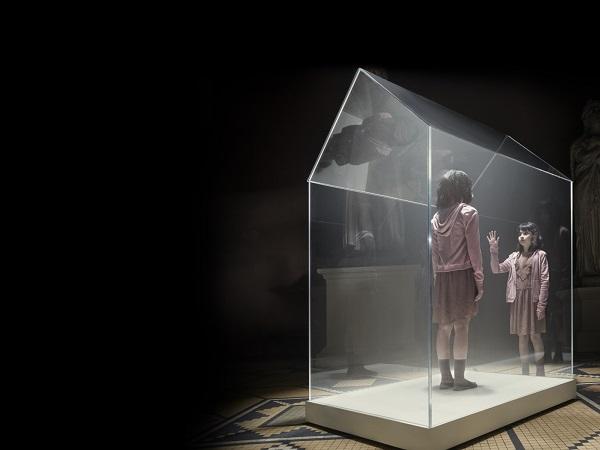 The VELUX Group has won gold at the prestigious and international EPICA Awards, the only creative prize judged by journalists, for its campaign entitled ‘The Indoor Generation’.

The Danish company picked up two gold medals at The Editors & Publishers International Creative Awards ceremony held in Amsterdam on 15 November. The global campaign was awarded among several films from all over the world in the ‘Branded Content - Films & Series’ and ‘Online & Viral Films’ categories for highlighting the problems modern society faces with their indoor climate.

Based on indoor climate and daylight research and a key insight that we are estimated to spend 90 per cent of our time indoors the campaign was spearheaded by a short film, which has had over 110 million views to date.

In the video, a young girl – symbolising our future generation – poses important questions about our life inside our homes. She takes us through different everyday scenarios pointing out how polluted the indoor air can actually be – up to five times more than outdoor air and how this can affect our health.

„This award is a true team effort. Not only did we successfully create a film and assets that moved and engaged audiences across the world based on solid evidence we educated new audiences on the benefits of daylight and good ventilation in the home.

We are very proud of our work on The Indoor Generation, and as a market leader we will continue to help our customers the best we can to create better homes with a healthier indoor climate.“ said Lisbeth Meng-Collignon, Senior Director, Marketing Excellence, The VELUX Group said.

The Creative agency behind the film, &Co, wanted to ensure the visual started a conversation amongst people on just how unhealthy indoors can be and what we should be doing about it.

„This was a very important subject matter we were talking about so it was critical we produced something which would stir emotion in the audience and persuade people to think differently about their life indoors.“ explained Robert Cerkez, creative director, &Co.

“This was about changing behaviours in society and raising more awareness about the importance of natural daylight and fresh air to each and every one of us.“ said Robert Cerkez.

Established in 1987, EPICA is the only creative prize judged by journalists working for marketing and communications titles. More than 200 magazines and websites from around the world are on the jury and aim to reward outstanding creativity in the sectors. Each year the awards attract thousands of entries from more than 70 countries.

BE Bauelemente relies on A+W iQuote
Online configurator for dealers and end customers
Announcing the Vitruvian Honors & Awards Winners
The Facade Tectonics Institute’s Vitruvian Honors & Awards program celebrated outstanding achievements in the field of facade design and delivery.
Antonio Ortega, CEO of Turomas, awarded as the best manager of Teruel by ADEA
Antonio Ortega, won the award for the best manager in Teruel in the XII Edition of the ADEA Awards.
Nominate Candidates for Jorma Vitkala Award of Merit!
GPD 2021 was postponed because of the COVID-19 to February 16. - 18. 2022. Due to the 8-month delay, we have reopened the JVAM Award nomination candidate form until January 10, 2022.
FLACHGLAS Wernberg: Innovations thanks to A+W Software
FLACHGLAS Wernberg is completely fit for the future with its new A+W software solution
Sergey Alyokhin: Forum on Translucent Structures, Windows, Facades and Doors
There is need for uniform rules and standards for facade curtain systems and translucent facades
Buy Five, Get One Free | Group Discounts Available for FenestrationMasters
As companies plan their finances and goals for the coming year, now is the ideal time to consider room in training budgets for the FGIA FenestrationMasters® Professional Certification Program.
Thermoseal Group Wins G21 Best Component Supplier Award
At the Glass and Glazing Industry’s prestigious G21 event at the Hilton on Park Lane on 26th November, the Thermoseal Group team were presented with the ‘Best Component Supplier’ Award.
Renaud Schmitt Rejoins A+W Software
Renaud Schmitt rejoins the A+W Software team as a Cantor Customer Support Specialist.
Vitro Architectural Glass Earns Top 25 Product Recognition from retrofit
Vitro Architectural Glass announced that Titan glass, a new oversized glass product for large-scale exterior insulating glass units (IGUs), will be included in retrofit’s Top 25 Products special.
Architects‘ Darling: Bronze for OKALUX
“Crossing our fingers” was worth it. OKAfree and with it OKALUX have won Bronze in this year’s Architects‘ Darling Award 2021. OKALUX faced the jury of this award, which was presented for the eleventh time, for the first time.
Winners revealed for annual Glass Focus awards
This year’s winners of the Glass Focus Awards were revealed at a glitzy black-tie event at Hotel Brooklyn in Manchester.