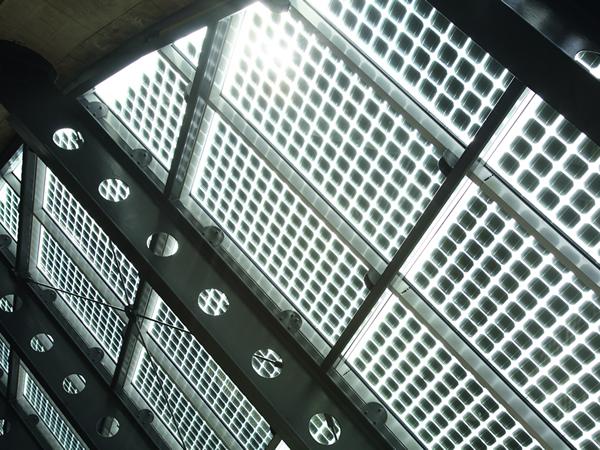 The eye-shaped curtain wall of the hospital hall has a 500 m2 surface area and over 18,000 polycrystalline cells that produce 31,122 kWh a year.

For years, O.L.V.-Ziekenhuis in Aalst has been one of the best hospitals in the world for researching and curing cardiovascular conditions. The hospital wanted its facilities to reflect its prominent role. Ever since 2005, Sapa has contributed to the creation of a new, state-ofthe- art campus, of which BIPV is an important part.

The highlight of the renovated hospital will undoubtedly be the atrium. It will be the focal point of the impressive entrance hall and will have all the energy-efficient, insulating and aesthetic qualities of BIPV. A southfacing 45-degree slope uses solar energy as efficiently as possible. 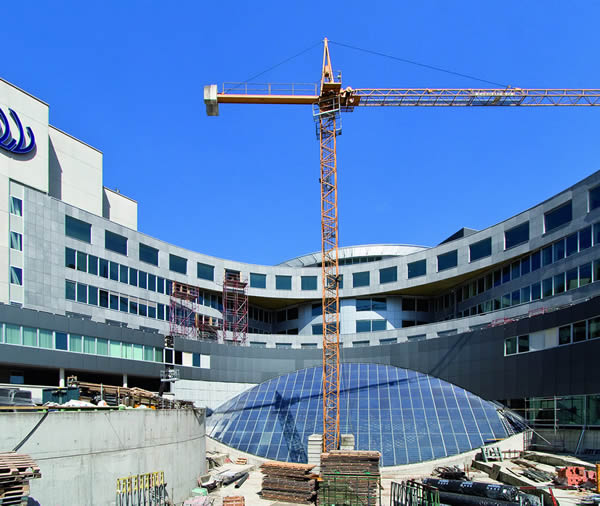 The construction of the facade was preceded by an extensive study. The structure should not just have the capacity to support the photovoltaic cells; it also needs to include the required connections for the panels. Attention was also paid to ensure it is fire-resistant and maintenance-friendly.

A movable cleaning installation was initially considered for the glass surface but, after consultation between Sapa Building System, the architects and the contractors, a different solution was developed and a self-cleaning facade surface with a draining system that rinses away any settled dust was installed.

The photovoltaic cells were incorporated in between two plates of safety glass. These pre-assembled modules – which are 120x240 cm in size – are connected by aluminium frame sections with built-in thermal breaks and integrated connectors to transport the generated electric energy.

Sapa also researched the support capacity of the aluminium frame and the integration of the connection points. Particularly any bending of the frame is critical. The modules with the photovoltaic cells are very heavy.

Even the slightest bending of the frame can damage them or jeopardise their operation. Needless to say that keeping the construction wind and waterproof was an absolute condition in the specifications.

The entire construction was developed and tested for this project especially and resulted in exterior vertical cover panels and special rubber elements. Various test set-ups were tried at the Sapa Building System testing center and the best solutions were used. 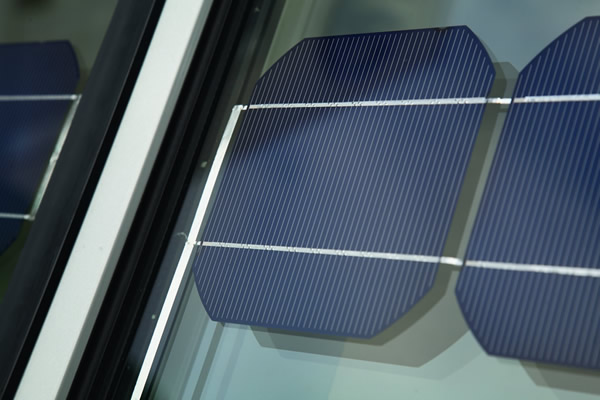 The solar energy is fed into the hospital's electrical network, for which green power certificates are received. The annual capacity is 31,122 kWh. Every square metre produces 100 W and the total net surface area of the photovoltaic cells is 500 m2.

Energy Performance of Building Directive: answers to the EC consultation
Today, 21 June, Glass for Europe answered to the public consultation on revising the Energy Performance of Building Directive (EPBD).
Challenging Glass Conference - 23 & 24 June 2022 - Call for Abstracts
The Challenging Glass 8 conference is planned for 23 & June 2022 at Ghent University!
Intersolar Award 2021: Finalists Announced
Whether we are talking about inverters, module technology or systems technology, there is no question that diversity and diversification are hot topics within the solar industry in 2021.
Glass for Europe welcomes the update of the EU Industrial Strategy
Yesterday, the European Commission released the update of the EU Industrial Strategy, firstly published in March 2020, just before the explosion of the COVID19 pandemic.
Vitro Architectural Glass celebrates commitment to sustainability in recognition of Earth Day
In observance of Earth Day, Vitro is recognizing its growth as an environmentally-focused business.
Building glass and glazing covered by the EU Taxonomy Climate Delegated Act
Glass for Europe has always been clear that high-performance glazing is essential for Europe to move towards climate neutrality. This EU Taxonomy classification comes as a fair recognition of the instrumental role our sector plays in this transition.