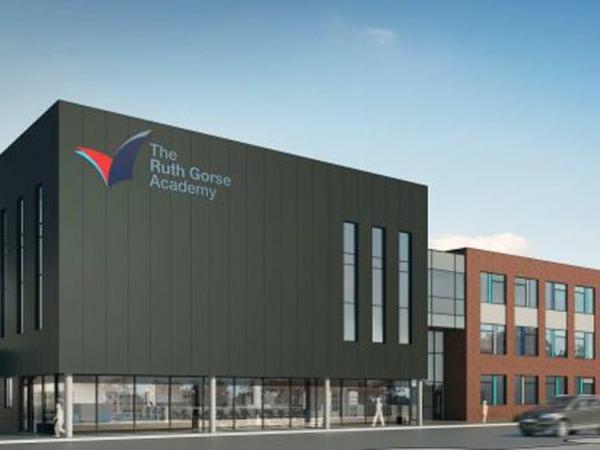 The Lakesmere Group is continuing to help fuel the ‘Northern Powerhouse’ in Leeds, West Yorkshire, after securing a new £1m roofing and cladding contract from main contractor BAM Construction to help create a new state of the art secondary school.

Work is now underway on the new £21m building for the Ruth Gorse Academy which is set to play a vital role in the ongoing regeneration of the southern part of the city and is also anticipated to become one of the largest new free schools in the UK when it opens later in the year.Designed by Ryder Architecture, the building’s envelope cladding will feature an attractive mix of render, composite cladding, windows and curtain walling.As part of the specialist’s extensive contract, the Lakesmere North team will design and install Kalzip roofing, IKO Permatec hot melt roofing and Eurobond cladding, which unusually will see the wall cladding panels fixed vertically in single 10m lengths.

This is the latest contract to be secured by Lakesmere North in Leeds and follows the team’s successfully delivery of other local landmarks including the first direct arena and the southern entrance at the city’s rail station. Lakesmere is also working alongside McMullen Facades at the new Central Square development, with McMullen’s complex glazing package nearing completion.