The Manager of the Year 2016 is Andrej Božič, General Manager of Steklarna Hrastnik 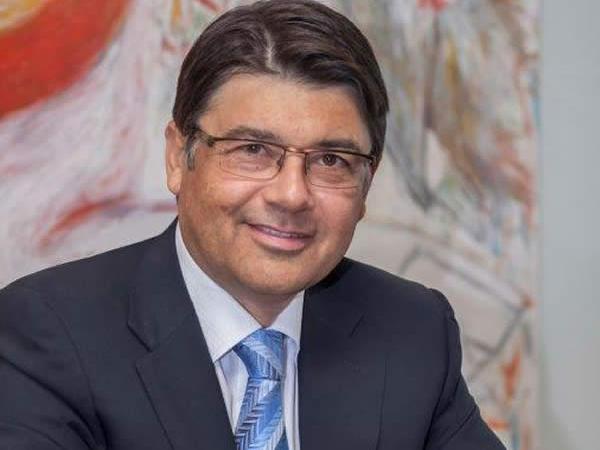 The Governing Board of the Managers’ Association has named Andrej Božič, General Manager of Steklarna Hrastnik, the Manager of the Year 2016.

Božič took over Steklarna Hrastnik in 2010, when the company, although boasting over 156 years of tradition, was in the red. Successfully planning its recovery, Božič turned the export-oriented company around in his first year as general manager.

In 2015 Steklarna Hrastnik generated a net profit of over EUR 6.2 million, ending the year in the black for the fifth consecutive year.

Similarly, its return on assets continues to grow, exceeding 11% last year, while the return on capital is over 25%. In 2014-2015, the company received a European Business Award (EBA) for its original restructuring model.

“Reaching full stakeholder consensus was crucial for a successful and sustainable turnaround of Steklarna Hrastnik, which centred on the employees. I deeply appreciate that everyone including the employees believed in my plan, supported me, and participated in the turnaround. We made it together, without redundancies. I am convinced that our example can serve as encouragement to anyone with a vision and the ability to adapt to situations, to get stuck in to project that many might believe to be impossible,” said Božič on receiving the title of Manager of the Year. 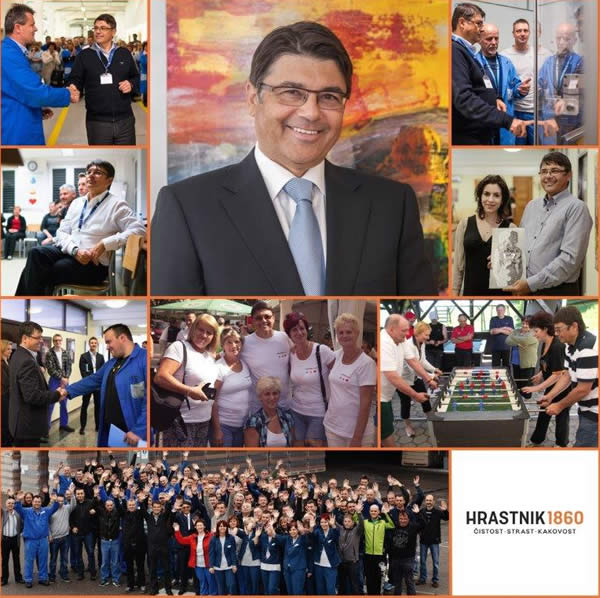 On his arrival to Steklarna Hrastnik, Andrej Božič and his team set to thoroughly changing the organisation, processes, and employee flexibility. They were supported by the strong desire of the employees to see the company survive.

Their dedication to the glassworks and the glassworking profession, as well as their high level of knowledge and solidarity, made it possible to preserve all three production programmes. Preserving jobs was a strong connecting factor between the management and the employees in the recovery period.

Božič was aware that the recovery – which could also be seen as a social project, considering the extraordinary importance of the company for the local community – would take longer and the results would be somewhat delayed.

However, putting people at the heart of the recovery was the best business decision for Steklarna Hrastnik. Success soon followed, as the company generated a profit after just over a year.

In addition to a thorough reorganisation, in the last six years the company has invested EUR 36 million into the modernisation of production and in economic efficiency.

The added value per employee has also grown steadily, exceeding EUR 42,000 last year, which is 49% more than four years ago and 22% higher than the industry average.

All these years, the company recovery process was based on trust and the management’s promise that the anticipated improved business results would be reflected in employee social security.

The promise is now coming true in the form of higher salaries and rewards – a bonus system, promotion at work, higher basic salary, awards for innovation, and so much more.

This means that the employment cost per employee has increased by 34% in the last six years. Training and improving employee competencies are an important part of the planned process of company overhaul and development. Steklarna Hrastnik spends some EUR 500,000 a year on education.

A number of new products were developed in the last three years. Many of them have won awards, including the Puzzle bowl, which has won the RED DOT international design award, a silver award for innovation from the Chamber of Commerce and Industry of Slovenia, and the CCIS award for innovation of the year as voted by the public.

In the last six years, Steklarna Hrastnik has won some 30 CCIS awards for innovators and innovations in the Zasavje region, a national award for the best energy project and the 2015-2016 EBA award for sustainable development.

At the international SIP AWARDS competition in the US, two bottles won platinum awards for packaging and one received the highest score in its category.

The company pays special attention to youth development, partnering with universities and secondary schools on a number of projects.

This year the company has a new umbrella image under the Hrastnik1860 trademark.

600450
www.steklarna-hrastnik.si
The Manager of the Year 2016 is Andrej Božič, General Manager of Steklarna Hrastnik glassonweb.com