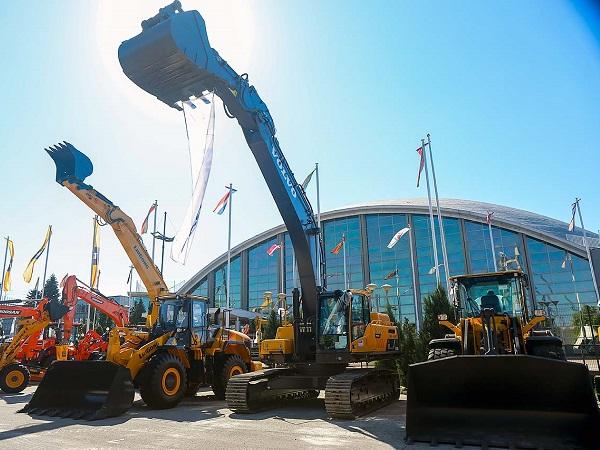 The Fair kept the leading position in the region and the place among the largest civil engineering trade fairs in the Southeast Europe.

More than 600 exhibitors from 27 countries in the world showed the innovations and technological achievements within the contemporary and functional approach to construction, space fitting models and environmental protection standards setting defining the new, environmental friendly living culture.

Organized by Business Association for stone Excavation and Processing “Stone Association of Serbia”, the 10th STONEEXPO Serbia was held at the same time as the Building Trade Fair, as well.

For the first time at the Building Trade Fair, two new thematic units – “Real Estate and Investments” and “Architecture and Urbanism” were presented.

This year, special attention was paid to the promotion of the potentials and perspective of Serbian civil engineering. SEEBBE has been traditionally held under the auspices of the Ministry of Construction, Transport and Infrastructure and Zorana Mihajlović, the relevant Minister, highlighted at the Festive Opening the Building Trade Fair Building Trade Fair was the picture of the economy and said civil engineering in Serbia showed excellent results.

During the four event days, the Building Trade Fair was visited by 33,582 visitors. The number of business visitors was increased for 20% compared with the previous year. At seven Belgrade Fair Halls and outdoor space, discussions in about ten global languages could be heard, which confirmed this event as the most important venue of the construction industry presentation and promotion in the region and the world.

Especially pleasant is the fact the Fair was visited by much more students of high schools and Faculties, compared with the previous years, which shows this fair event is the right place for education and new skills within all sections of civil engineering as the activity inducing other economic branches, as well as they further strengthen the economy of the Republic of Serbia.

August 11 FGIA Webinar to Share Ways FGIA Can Help with Florida Product Approval Program
The Fenestration and Glazing Industry Alliance (FGIA) will host a webinar entitled “The Florida Product Approval Program – How FGIA Can Help”.
Thirsty Thursday: Preventing Glazing Surprises in Appearance Properties
This 8/13 session will focus on the appearance properties of glass and glazing to mitigate unanticipated outcomes of various treatments, presented by Steve Thomas, PE (CA) of Guardian Glass.
CMS Live Show: an unprecedented success!
The event that took place on the 22nd and 23rd of July 2020 was a huge success for CMS Advanced Material Technology.
Registration Now Open for GlassBuild Connect: The Glass & Fenestration Online Experience
Largest Glass and Fenestration Show in the Americas Unites Buyers and Sellers Online for the Entire Month of September.
FGIA to Participate in GlassBuild Connect 2020
FGIA is pleased to announce it will participate as an association partner in GlassBuild Connect: The Glass & Fenestration Online Experience, taking place September 1-30 at GlassBuild.com.
Meet Kuraray at the World Congress this August!
Join the dialogue! Face Time 2020: Better Buildings through Better Skins