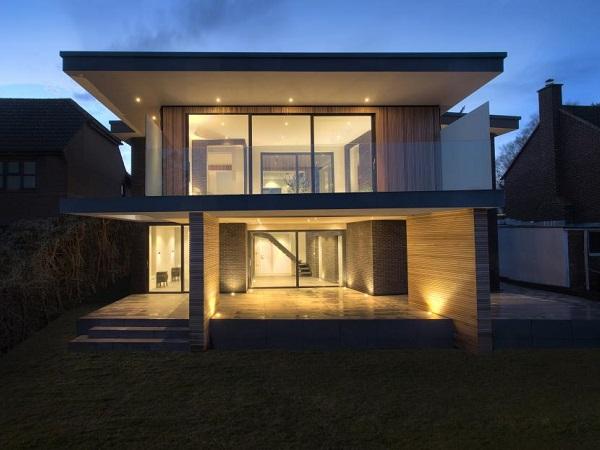 Although it sometimes hurts to admit it, the aluminium industry has got an awful lot to thank Kevin McCloud for.

His Grand Designs programme has probably done more to make aluminium a fashionable and aspirational material then any advertising campaign that the industry could ever have dreamed up for itself.

There’s much more to aluminium’s resurgence than a single TV programme though. The whole of the aluminium industry responded to the surge in interest by developing products which were more energy efficient than previously, easier to fabricate and install and which proved that anything you can do in PVC-U, you can do just as well, if not better, in aluminium.

The progression in product development over the last 10 years in particular has been startling, and UK based companies like AluK have been at the very forefront of that. We were for example the first aluminium company to launch a WER A-rated window way back in 2007 and our BSF70 bi-fold long set the standard for the industry.

The more recent shift towards aluminium is due in part of course to the increased commoditisation of PVC-U. Fabricators and installers who have watched their margins on PVC-U products being eroded by increased competition and downward pressure on prices have understandably looked for ways to differentiate themselves with more sustainable revenue streams.

For fabricators who are already fabricating in PVC-U, the cost of entry into aluminium alongside that remains temptingly low, with basic cutting centres starting at around £15K. While they may have started by adding an aluminium bi-fold to their range, many have enjoyed such success that they have followed with windows, sliding doors and even curtain walling as they have seen how these products have given them access to the premium end of the market.

And of course, it is the premium end where most of the growth is coming from in the trade and residential sector, and where so many of our customers now want to be operating. The latest Palmer Report predicted growth for aluminium of 20% by 2021, much of which is expected to come from that buoyant end of the retail market, with affluent homeowners increasingly opting to improve rather than move.

Long term aluminium fabricators and those who are diversifying from PVC-U obviously benefit considerably from the support which is available from UK based systems companies, and that will certainly continue to be key if we are to achieve those overall growth figures.

AluK makes much of its ‘Experts in Aluminium’ but, when you are starting out fabricating or installing in aluminium for the first time, the fact that we offer a truly personalised support service to customers which includes fabrication advice, Academy training, and sales and marketing support really is invaluable.

Similarly, our five day lead time on a wide range of our aluminium products in a range of Colour+ options means aluminium now certainly rivals PVC-U in terms of market responsiveness.

The fact that PVC-U manufacturers are now seeking to replicate our aluminium products and even diversify into our material themselves probably says all you need to know about the strength of this sector at the moment and the potential which still lies ahead.