This exceptional arrangement would not be possible, nor useful, without several hundred feet of strong, secure glass Track Rail provided by Trex Commercial Products, a subsidiary of Trex Company, Inc. and a national leader in the design, engineering and manufacturing of ornamental railing systems for commercial building applications.

Home to the NHL’s Red Wings and NBA’s Pistons, Little Caesars Arena is located in The District Detroit and is designed to be one of the most intimate venues in both hockey and basketball. The lower bowl at Little Caesars Arena comprises more than half of the arena’s seats, giving the home team a loud – and close – cheering section.

“The intimate feel throughout the venue is an important feature for Little Caesars Arena and its guests,” said John Lewis, president and CEO of Trex Commercial Products. “However, whenever you have suspended structures like the gondola seating areas, it is important to have railings that optimize safety and stability without sacrificing aesthetics or visibility.”

The glass railings used throughout the facility are comprised of ½-inch and ¾-inch clear, tempered, laminated glass installed with steel embeds and secured with welded steel stiffener plates. The aisles are fitted with core-drilled anodized aluminum rails and stud-welded Gridguard (perforated custom mesh) railing for an ideal mix of security and visual appeal.

Little Caesars Arena features a 260-seat club at rink level that acts as a passage for the players as they enter the ice, two sideline clubs, a “Legends Club” dedicated to Detroit’s renowned history, and an alumni club for former players -- each with its own décor and unique railing and drink rail combinations.

Throughout the street-level concourse, massive TV and light stands hang from girders in the ceiling while perforated drink rails are peppered throughout at floor level. Both are examples of architectural metal work designed to maximize function and form. The Red Wings’ practice facility is surrounded by a mix of similarly constructed perforated drink rails to enhance casual viewing of practice sessions or youth hockey games. 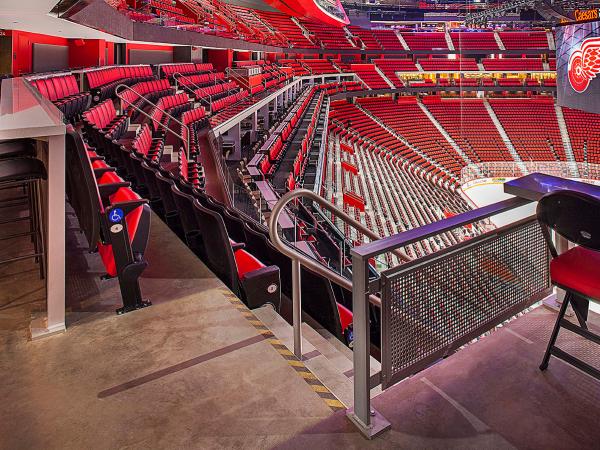 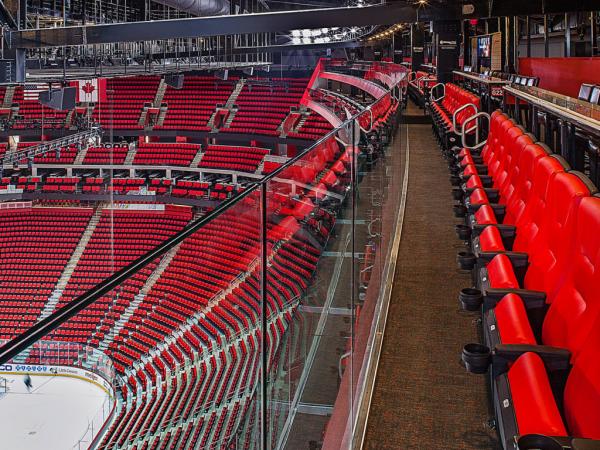 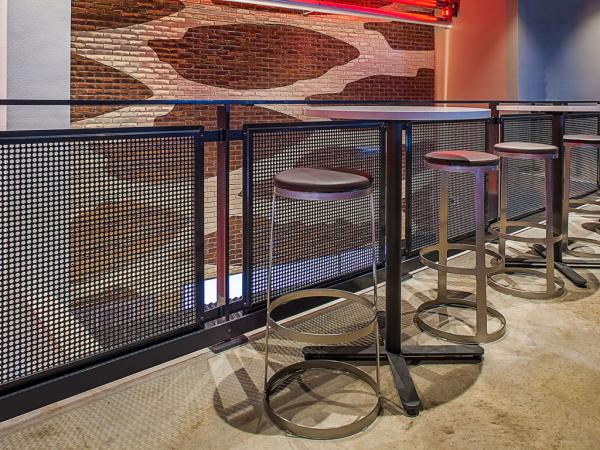 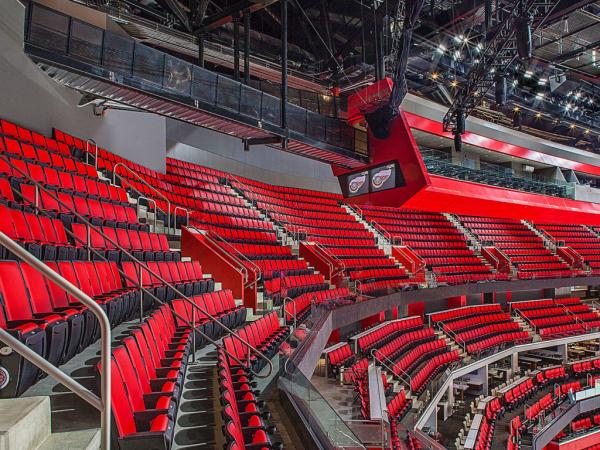 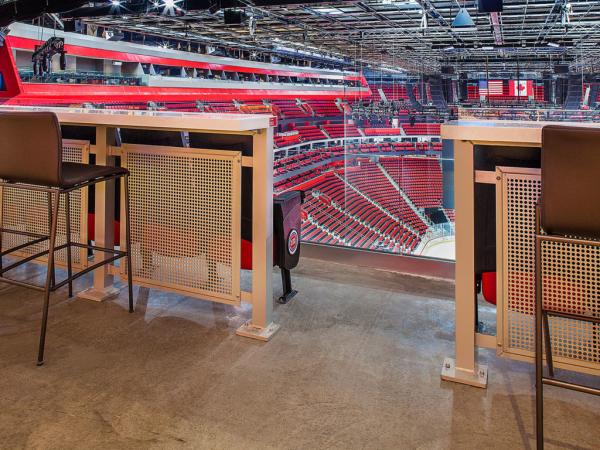 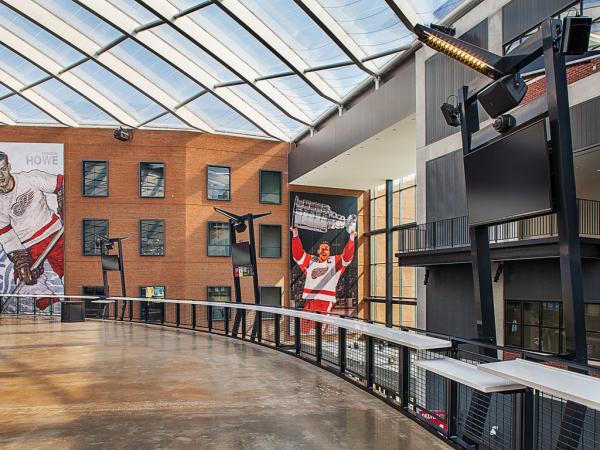 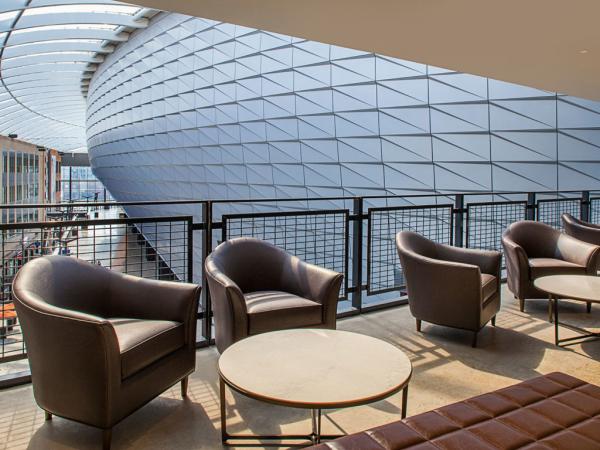 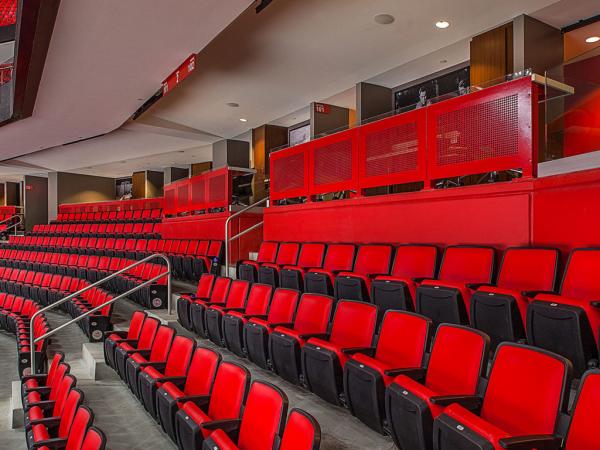