A timber frame gridshell for a historic orangery 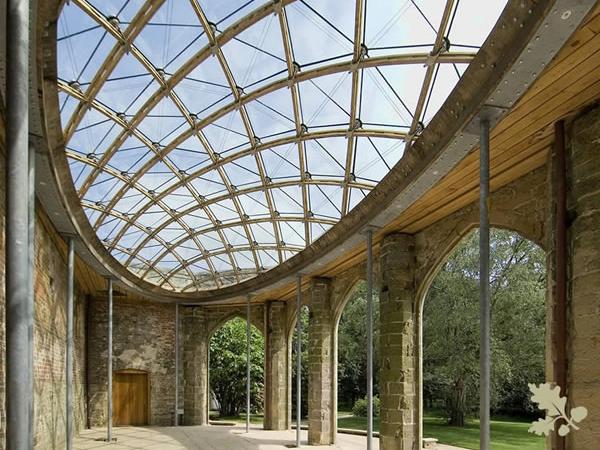 Probably our most challenging project to date, this timber frame gridshell is the world’s first gridshell to support a frameless glass roof, and is a Wood Awards winner.

With an existing grade I listed structure of questionable structural integrity it was necessary to find a solution that limited the loads transferred to it at the same time as supporting the UK’s first framless glazed gridshell roof.

Gridshells, using green timber, are prone to movement fom the effects of differing slopes of grain in the lathe, and varying lengths between finger jointing. 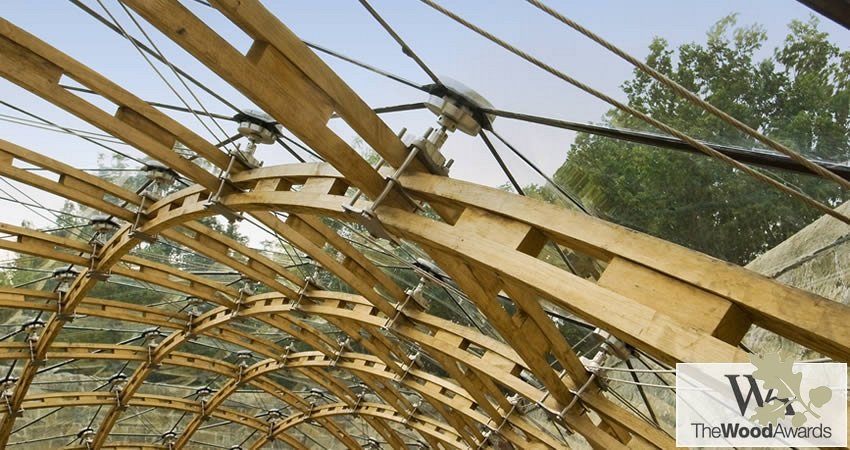 For this reason, most gridshells are allowed to ‘find their own form’ prior to covering. In this case, the demands of the glazing system made only exacting tolerances, and predictable movements acceptable. 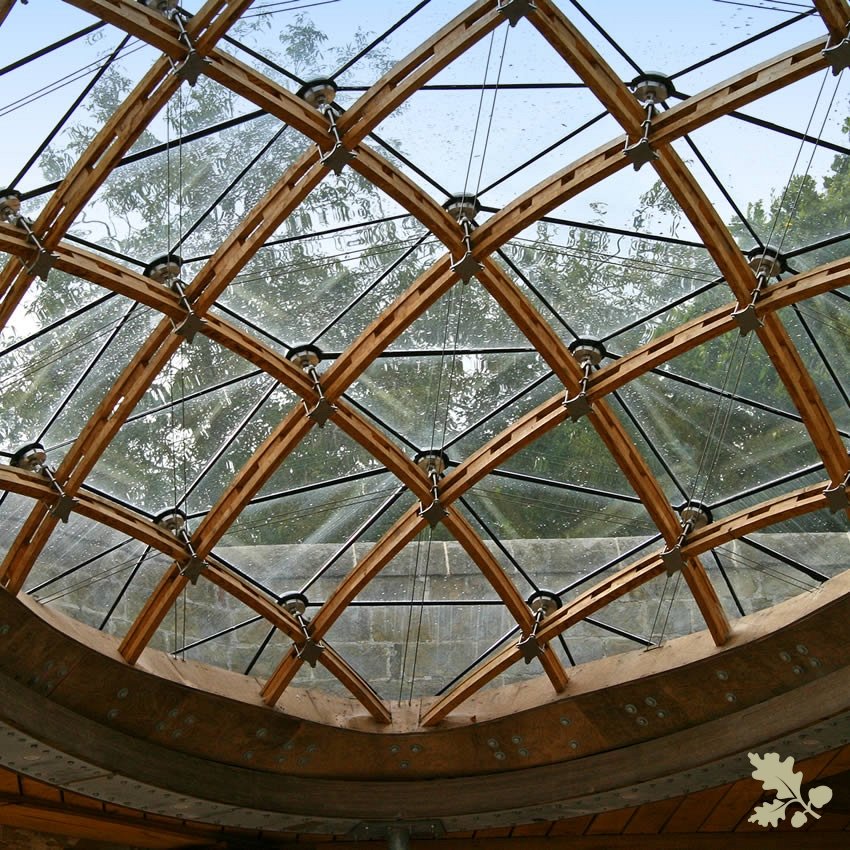 The requirement for the gridshell to support the frameless glazing meant that the usual method of construction which allows the gridshell to ‘find its own form’ and to be able to flex was inappropriate.

This timber frame grid needed to be predictable and rigid, while specially designed node clamps allowed for small amounts of settling in movement.

A further complication was that the design required the lathes to bend over tighter radii than they would naturally go. 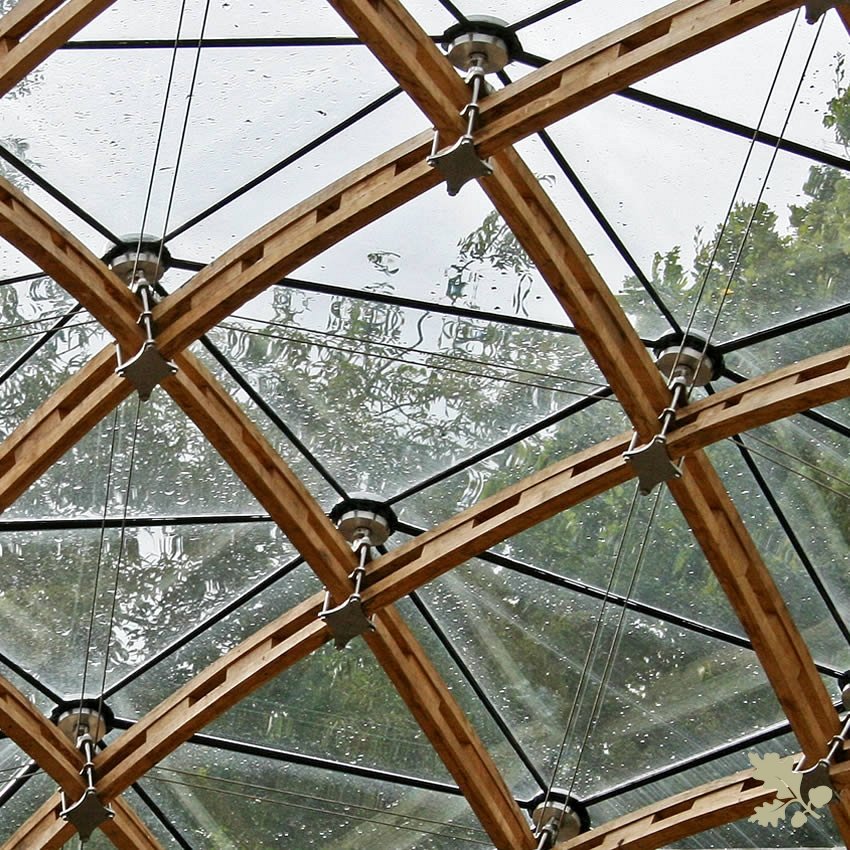 • The initial concept required the lathes to bend to radii far in excess of the accepted engineering tolerances, meaning that the risk of breakage was high

• To inform the design process we carried out numerous tests on the cable and clamping system and bending tolerances of the lathe, this provided the data that dictated the curvature of the roof. Excessive curvature was designed out wherever possible, but was unavoidable where the lathes interfaced with the ring beam

• Our designers worked in close collaboration with the glass manufacturers to develop a node that would clamp the chestnut lathe, the cabling and support the 12mm toughened glass panels, allowing the glazing to float over the frame while accommodating small amounts of movement of the lathes 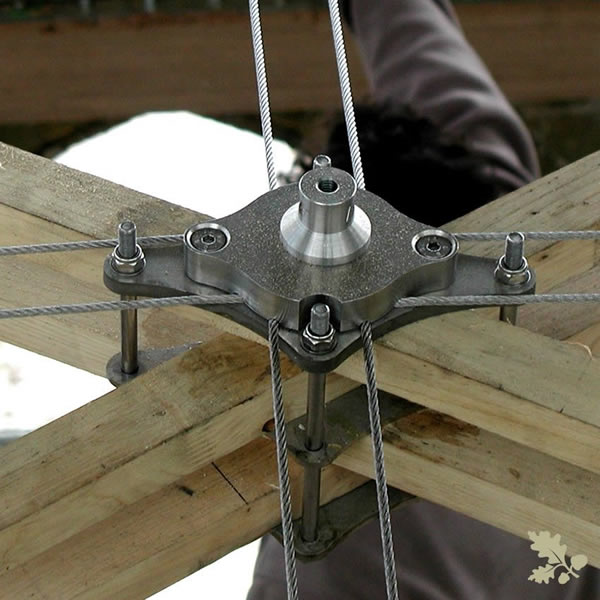 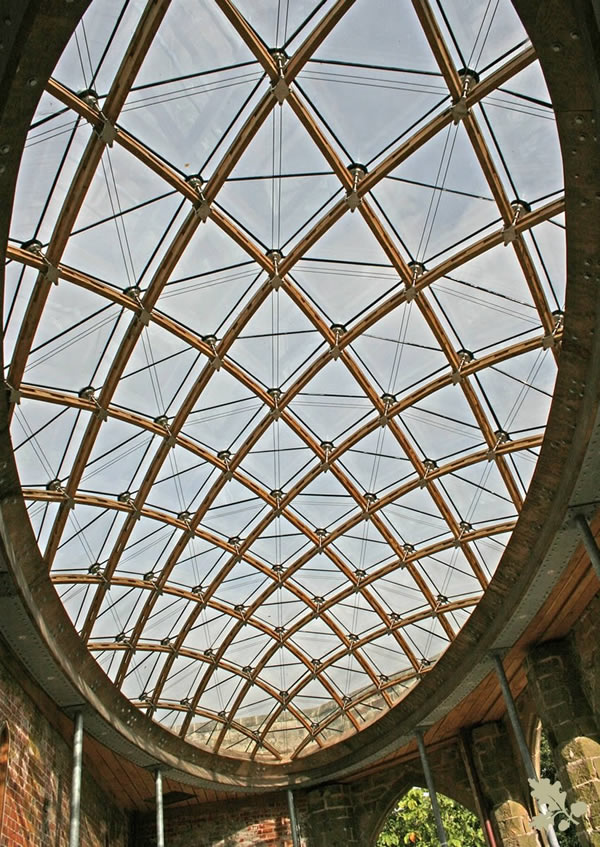 600450
carpenteroakandwoodland.com
A timber frame gridshell for a historic orangery glassonweb.com

Glass Futures Ltd presents Glass Futures Open Design Events
Glass Futures opens a virtual door to it Global Centre of Excellence - be part of our open design sessions.
BAU ONLINE—program highlights
The time is drawing near: on Wednesday, BAU ONLINE will start with more than 230 exhibitors from 28 countries, offering over 1,300 live presentations and 3,500 one-on-one appointments.
FIT Show organisers announce new September 2021 dates
FIT Show organisers have announced new dates for its 2021 event, postponing the fenestration industry’s flagship UK event from May until September 2021.
NorthGlass: A window of Lujiazui showing the masterpiece of world art
The super-large glasses of the architectural complex are built by Tianjin NorthGlass.
Solarban® 90 glass adds drama, performance to Westin Irving Convention Center Hotel
As BOKA Powell evaluated their options based on performance, aesthetics, availability and cost, Solarban® 90 glass emerged as the most suitable glass system for the hotel.
British Glass welcomes Matthew Demmon as new president
Managing Director of MKD32 Matthew Demmon has become the new president of British Glass after a unanimous vote at the company’s Annual General Meeting.