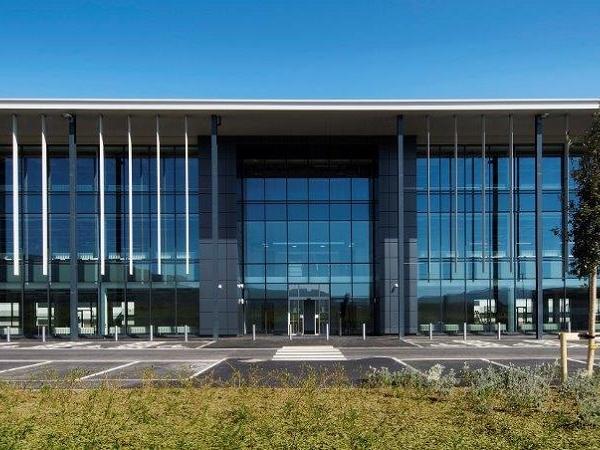 The project includes more than 120,000sqft of studio space, workshops and production offices, and covers 8.4 acres of the overall 340-acre Giant’s Park, a former landfill which has been transformed into the largest development site in Belfast city.

Warner Horizon became the studio’s first tenant for the making of the Superman prequel KRYPTON, further cementing Northern Ireland’s position as a favoured location for major film and television productions.

All Metal Technology systems are designed to perform seamlessly together while delivering the desired look and performance standards.

Used individually or together, they offer complete design flexibility for creative aesthetics with the assurance of value engineered structural, weather and security performance.

FENSTERBAU FRONTALE for craftspeople
Craftsmanship meets technology: Today in exactly 4 weeks, wood and window specialists from all over the world will gather in Nuremberg for the combined Fensterbau Frontale 2020 and Holz-Handwerk 2020.
"Tugging At the Heartstrings" - NorthGlass Create "The Harvard of Music"
The owner and the designer entrusted this significant architectural glass manufacturing task to Tianjin NorthGlass after on-site sampling and sifting.
Hall layout: Updates in some sections at BAU 2021
The new halls C5 and C6 prompted a major re-shuffle of the sections at BAU in 2019, so adaptations for BAU 2021 are only moderate in scale.
Overwhelmingly positive response to FIT Show biennial announcement
FIT Show organisers have been overwhelmed by the huge support that it has received from every corner of the industry since announcing that it would revert to a biennial frequency from May 2021.
Thinking outside the box enables complex curved façade on Hamburg’s concert hall
Located on the Elbe River, on the western tip of the HafenCity in Hamburg, Germany, the Elbphilharmonie is one of the largest and most acoustically advanced concert halls in the world and an outstanding example of modern architecture.
Notification of Extension of Service Deadline for China Glass 2020
Notification of Extension of Service Deadline for the 31st China International Glass Industrial Technical Exhibition (China Glass 2020)