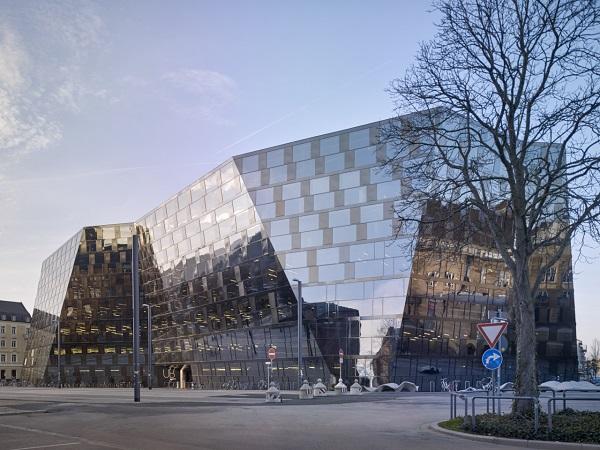 The building received a new transparent skin glass façade made with Guardian Glass.

Designed by Degelo Architekten in Germany, the Freiburg University Library is one of the most modern and largest university libraries in Europe.

The 41.000m2 building is part of the inner city campus and is located on the site of the original concrete library.

As part of an innovative lighting, energy and climate concept, the building received a new transparent skin glass façade made with Guardian Glass, which gives it a hugely appealing, cut-diamond, sculptural crystal shape, which adjusts to the neighbouring buildings in a sensual way.

Covering a surface area of 7.400m2, the façade is of a triple-glazed design with grey aesthetics combined with high performance solar control.

The building is now characterised by the openness between the freely accessible magazine stock and upper-floor reading rooms, to the silent areas and learning lounge.

With its new glass façade, the building not only makes a spectacular architectural impression on the area, but also offers users an optimal, comfortable environment for learning and working.